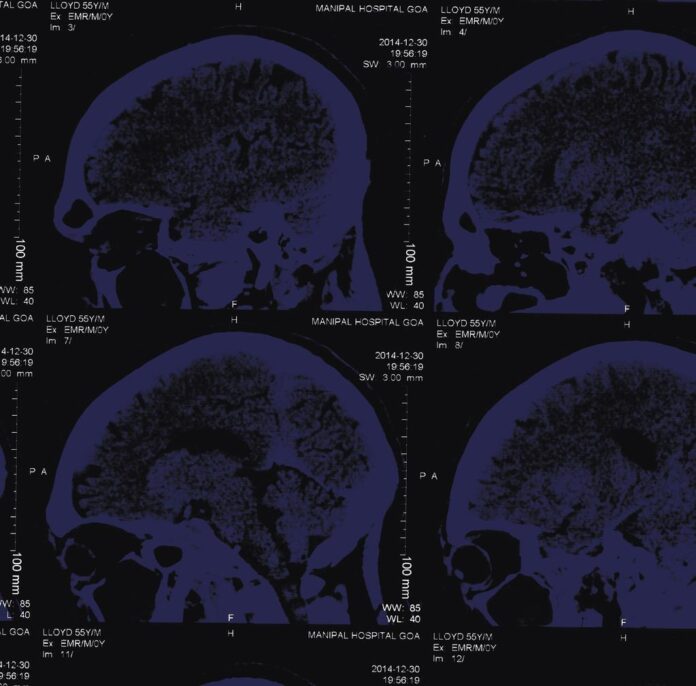 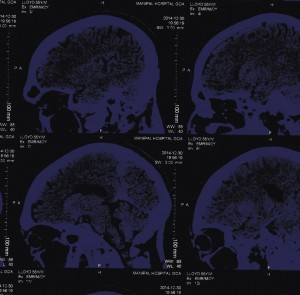 The Nightingales – Mind Over Matter (Louder Than War)

A new Nightingales album is always a good reason to party. When it’s released by Louder Than War, there’s twice the cause for celebration. Glenn Airey nips down to the wine cellar for some special reserve.

In an album of remarkable moments, there’s one in particular that jumps out at me. The track Gales Doc is a very funny spoof rockumentary, if you will, about the Nightingales and their songwriting process. In it, Robert Lloyd mocks the asinine coming-up-next/let’s-recap nature of modern TV, as well as turning his wit on himself and highlighting his supposed arrogance and boastfulness. By doing this, of course, he’s immediately disarming anyone inclined to criticise him thus. Yet when Lloyd is reported as claiming that ‘the group [see] themselves as somewhat superior to other combos…more varied in their approach’ and ‘sonically more interesting than most’, it’s hard not to see this as a proud man sincerely standing up for his band and their numerous claims to distinction. Once you’ve heard this album, and their other recent records, it’s also impossible to disagree with him.

The twenty-first century Nightingales are a fairly miraculous thing. In an age when we are being encouraged to welcome back all our old musical favourites as if neither they nor we have grown a day older, on the assumption that we’ll gladly accept a third-rate version as the price we pay for that dizzying delusion, the Nightingales since 2004 have frequently surpassed anything they produced in their 1980s incarnation. And if you’re old enough, you’ll know that they were bloody good to start with. Mind Over Matter continues a startling run of records that marry the artfully discordant post-punk of ye olde ‘gales with the rather more swaggering and, in some respects, musically solid proposition they represent today.

The Nightingales these days are happy to borrow the occasional trad-rock trope, a familiar-sounding riff or a glammy backing vocal, knowing that it won’t turn to cliché in their hands. Central to their inventiveness in recent years has been the truly unique Fliss Kitson, a restless octopus of a drummer who is incapable of allowing any track to descend into the ordinary. Take as an example The Man That Time Forgot, to which Fliss, incidentally, also contributes one-half of a blood-curdling domestic dispute/duet with Robert. Its principal riff is part Ball of Confusion, part Sabbath Bloody Sabbath, but Kitson’s rolling floor toms reframe the whole thing as a typically rambunctious Nightingales romp. Seriously, you have to hear Fliss Kitson play drums to appreciate how remarkable she is. Even better, go and see the band live. Last time I did, she left the assembled punters unanimously astonished.

Robert Lloyd’s consistently entertaining lyrics are another Nightingales hallmark, and one that stretches back to the band’s very inception – back to their pre-existence in fact, to the heady punk rock days of The Prefects. His wordplay and delivery on Mind Over Matter are as fine as ever, whether poking around the Welsh psyche in Taffy Come Home or joining the dots between a nice cup of tea, crap football and the slave trade in Great British Exports. Long-term fans will be pleased to hear the trademark Lloyd warble in full effect all over this record, along with some judiciously-deployed barking.

Robert’s longevity as an artist, and the freedom with which he writes, mean it’s tempting to identify shifts of perspective within his work. For example, although he’s a chap who shows all the signs of enjoying life, the lyrically rather bleak Ripe Old Age contrasts strikingly with the similarly-themed How to Age from way back in 1986. That was a warm-hearted reflection on the compensations of experience gleaned during the process of growing older. The new track puts things far more brutally: ‘everybody’s getting fat and old…the world’s running low on fun…everybody’s living too long.’ Lloyd can still make me laugh out loud, and does so on this album, but his ability to wrong foot listeners with a step into the darkness is what makes him truly special.

Musically, the band flirt with northern soul on The Only Son and with glam rock on a couple of tracks, most blatantly on Taffy Come Home. The central, segued pairing of For Different Folks and Stroke of Genius represents a slightly proggy respite from the surrounding rock’n’roll turmoil, perhaps reflecting the influence of bassist Andreas Schmid, also an engineer at the famous Faust studio where this album was put together. These stylistic flavourings, however, are never allowed to overpower the essential meaty goodness of the Nightingales sound. The free spirit of the Magic Band, focused and intensified through the disciplines of punk. The closing track, Bit of Rough, exemplifies all that’s great about the ‘gales. An authentically crooned Presleyan intro gives way to an absolutely thrilling barrage of machine-gun drum fills and slashing guitar savagery, punctuated by lung-busting vocal sparring between Robert and Fliss. It’s spectacular, and quite possibly the best thing the Nightingales have ever recorded. Ponder that for a moment.

It’s fitting that this album should be coming out through Louder Than War records. Label boss John Robb, of course, counts fronting the Membranes among his numerous day jobs, and the two bands have a shared history of sorts. Both occupied top spots in the eighties musical pyramid detailed in John’s Death to Trad Rock book, and both now walk amongst us once more, revived, refreshed and making some of their best ever music. The Membranes are putting the finishing touches to a new album as I write, but that’s another story for another day. John no doubt approaches the task of releasing a new Nightingales record with relish. He’s loved the band for a long time and knows them inside out. This album really is a joyful thing. It’s been a pleasure to hear it and write about it. I suspect it was a pleasure to make, as well. Everyone’s a winner.