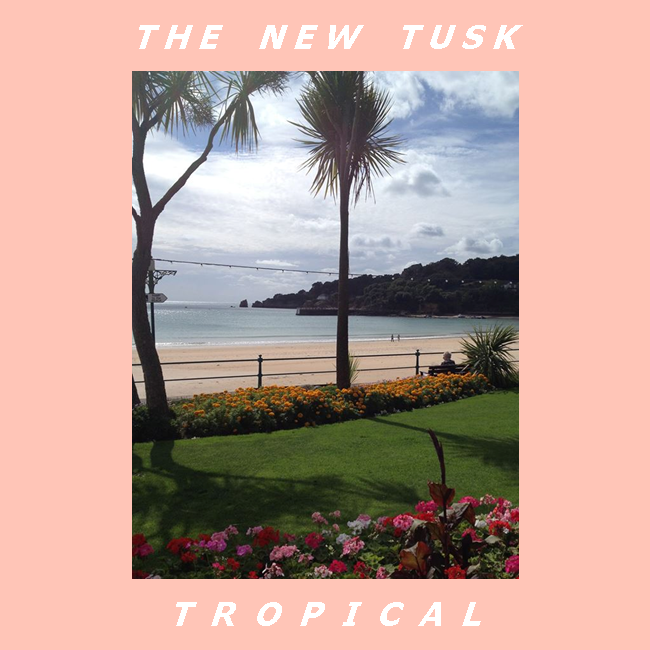 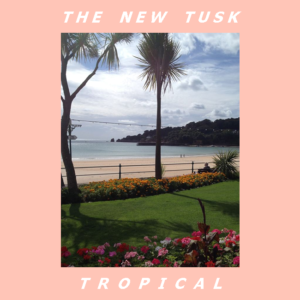 The New Tusk are a band that call to the mid-teen version of myself. I had yet to be completely crushed by the weight of the world but was starting to wise up to the stench of every day life. I’d progressively began to distance myself from the slapstick pop punk of bands like Sum41 and Blink 182 and found myself getting far more turned on by the darker and/or harder side of that genre, acts like Alkaline Trio and Hot Water Music. Even though now I’m a bitter man who spends most of my time listening to moody acoustic music I still have a huge place in my heart for this sound, and hearing a band do it so damn well shifts away all my sad twatty emo tears and gets me pumped up to party.

Not that this band really sound anything like Alkaline Trio, though some mild comparison could be made between them and Hot Water Music in their early days, but what this Brighton/London DIY punk outfit are reminiscent of is a multitude of bands that can be found on the dark princes of pop punks first home, Asian Man Records. The most obvious act that this band can attribute their style to is The Honor System, as they use the same basic straight up punk rock ethos but pepper it with moments of technical beauty that, although not common place within the genre, make for glorious listening. The New Tusk are the new front runners in the thinking man’s (or woman’s, of course) punk game.

Vocally the sound is quite brutal. Again, this might be seen as strange for this brand of punk rock to a listener not deeply accustomed with the genre but, when one takes into account bands like the aforementioned Hot Water Music, this has slowly become a staple for most modern bands towing the mid 90’s punk rock line. What sets apart The New Tusk from all the others is the fact that this ‘grufty’ guttural vocal style is implemented with an added dose of insanity. This can be heard in the closer, A Boxer Broke My Best Friend’s Jaw, where the singer breaks out of the low grunt growls and pushes wildly across the vocal spectrum in a way that is strangely akin to the insanity of Billy Talent singer, Ben Kowalewicz, during their first album (ya know, before they started going shit).

The DIY sound of the record is obvious and no doubt intentional, and I think that if done any other way it wouldn’t have the same impact. The dirty distortion that permeates throughout every element and track of the record gives it an deeply honest integrity that would no doubt be lost if recorded and produced with crystal clarity. The New Tusk undoubtedly knew what they wanted whilst they recorded this record, and the lack of arrogant dreams of grandeur when it comes to the recording process allows the personality of the band to shine through.

In all honesty, this record isn’t really breaking any new ground. The band themselves have posted their Facebook description as “Ripping off your favourite bands since 2013”. Even though the band aren’t devoid of originality, they have clearly printed their own stamp on this tried and true punk sound, when the path already taken is done this well, who really cares if it has been done before?

April 15, 2014
We use cookies to ensure that we give you the best experience on our website. If you continue to use this site we will assume that you are happy with it.Ok