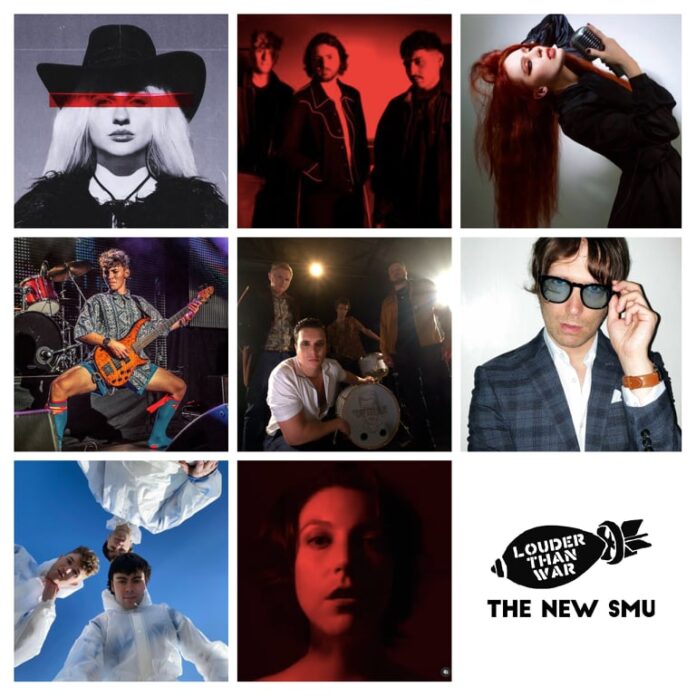 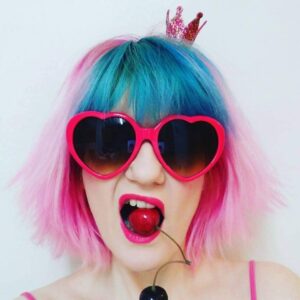 Discovering great new artists is one of the most exciting things about music for me. If you don’t champion the stuff you love, you can’t complain when you only hear the shit you hate on the radio.

A fiery blast of elegant dance pop with a slick, salsa beat. The sonic heat of the track perfectly suits the lyrical themes, covering romantic obsession and the often all consuming feelings of temptation and desire.

Louis and The Shakes – On One

Retro, riff-based, stompy old school rock & roll with a sexy swagger. Detailing ‘the toxic mindset of being consumed by what others think of us’, this beast of a track will put a strut in your step regardless of what the haters think.

A short, sharp shock of hypnotic vocals over pulsating, hard beats. Intimate, uncomfortable and slightly claustrophobic, this is a witchy and bewitching gem.

A funky, summery groove that’s kicked up a notch by the quirky production, stylish rap and bonkers backing vocals. Released as part of a trilogy of singles this month, all three are well worth checking out though Glisten is my personal favourite.

Composed to soundtrack the international art film Aquaria, directed by Julia Obst and commissioned by the Leo Kuelbs Collection, this expressive, melancholic and haunting ambient electronica is instantly engaging despite its deceptive simplicity. Talking to Louder Than War about the project, which was recently projected onto Manhattan Bridge as part of New York art festival Light Year, Fernyhough described it as “Dreamlike and abstract. Further embracing the experimental, the spectral and the avant-garde.”

The Great Leslie – See You Again

Previously featured as my video of the month in March, The great Leslie are fast becoming one of my favourite new bands and this most recent release is no exception. Starting out as a so-far-so-good indie-pop track, the absolutely crackers but catchy as hell chorus propels See You Again straight into the stratosphere where it will remain lodged, circling my brain, for the indefinite future.

Single of the month

Thematically based around Freud’s id, ego, and superego this is a fascinating mix of laid back beats and smooth synths punctured by glitchy electro and witty lyrics. The punchy verses melt into a sweetly melodic chorus, lulling you into a false sense of security before unexpectedly building to a huge, satisfyingly aggressive finale. A refreshingly unusual track that plays with many familiar genres but never does quite what you expect.

Video of the month

Arcane rituals, PVC chaps and dancing-girl monks.. what’s not to like?

Sitting somewhere between dirt track western and sci-fi B-movie, this video has a big-budget quality with an outlaw’s heart. Mixing the best of pop and alt aesthetics to create something entertaining, eye-catching and energetic, it perfectly fits the punchy country pop-rock track which itself blends radio-friendly fun and fuck you spirit.

“Have you ever been so frustrated with someone that you just wanted to tie them up in a burlap sack, dump them in a 6- foot dirt grave in the middle of the Mojave desert and then drive off at full speed into the sunset without looking back?” Devora asks by way of introduction to the track’s themes, and for sure she is not a lady to be tangled with it would seem. I promise, however, I am picking this as my video of the month because I know you will love it as much as I do, and not out of fear of ending up in a shallow grave if I don’t.

If you would like to submit your music to be included in a future edition of The New Smu please email me at susan@thesmureviews.co.uk and include a link to your track. I don’t care if you have 25k followers or only your dog has heard it as long as it’s interesting, beautiful, weird or wonderful.

A playlist of songs featured here and in previous months can be found on Spotify and YouTube.