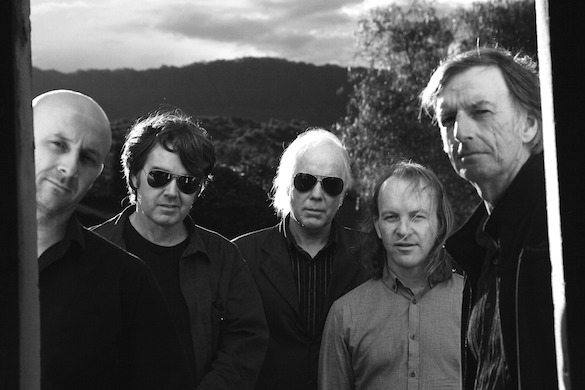 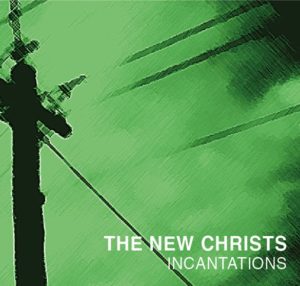 Rob Younger is one of the finest lyricists and band-leaders on the planet right now. If you know his work, chances are you will recognise that as a statement of the obvious, and if you don’t, then this is your lucky day, as you’re about to discover a treasure trove of blistering, psychologically intense garage rock.

If you think I’m being rather free and easy with the superlatives, then go and check out those three albums and draw your own conclusions; suffice to say, they are each as intense as The Stooges’ Funhouse or Jerry Lee Lewis- Live At the Star Club, both benchmark albums which set the standards for spontaneous combustion rock as existential epiphany. Committed acolytes of Iggy, Jeffrey Lee Pierce or Gene Vincent will know what I’m talking about.

After the demise of Radio Birdman, Younger formed The New Christs, an insanely taut and visceral band that was to serve as a rigorous training ground for an army of the best new garage rock musicians in Australia, in an analogous fashion to The Fall in Manchester, England. 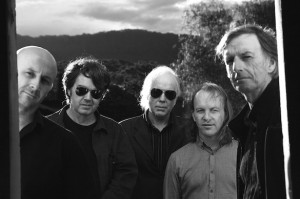 Like Mark E Smith, Younger has acquired a formidable and at times controversial reputation as a band-leader, leading the group through a mind-bending series of line-up changes without once compromising the Hell-bent fury and disciplined musicianship of The New Christs.

Distemper was a classic case of an album being so definitive that it was hard to see how it could be bettered, despite the consistently high quality of subsequent New Christs’ albums. Their last album, Gloria, kicked off with one of the finest pop-punk rockers ever written, My Existence, a song which would have held the number one spot for weeks in the singles chart of every land, if only we lived in a sane world.

But we don’t, we live in a fraught, frustrating world where the vacuous are rewarded, dreams are thwarted and unfulfilled and our relationships and interactions with our fellow sentient souls are riven with doubt and underpinned by power games. This is particularly true for personal relationships, the domain where Rob Younger’s lyrics play out as he dissects the constantly shifting psycho-dynamics between humans thrown together on the fragile balsa-wood raft of existence.

Now, if that description of life and humanity sounds a bit grim for you, you might wish to bail at this point and run to the safety of the latest AC/DC album, where you’ll be sure to find comfort in beer and cartoon misogyny. The New Christs don’t sugar-coat the pill; while Incantations is a highly melodic album, packed with hooks and insidious tunes, it’s a tightly-coiled brute, as claustrophobically dense with detail as it is outright rocking.

The album is cunningly programmed to lure the listener into its boa constrictor coils;  opener Ghostlike has an almost 60s frat rock element to it, but driven by a steely sense of intent and purpose. Next up is the stunning Waves Form, a surf-influenced modern garage rocker that takes the listener on a febrile trip into “remembered yesterdays” as Younger ominously sneers “save your sons for the ditches down the beach” and stolidly observes “tying off behind the dunes”.

The track may open with Wipe Out surf toms, but this is weighty, literate rock music of a kind all too rare these days and one of several examples of Dave Kettley’s sublime compositional skills. The following We Are Lovers is dizzyingly creative avant-pop with subtle and intriguing lyrics, while It Means Everything is a surging firestorm of burgeoning Ron Asheton guitar skronk and creative melodic shifts.

In truth, every single song on the album is beautifully written and performed with maximum venom; songwriting has been a key strength of The New Christs ever since the band’s founding days, with early cuts such as Born Out of Time and No Next Time still sounding astonishingly ferocious today. On Incantations, the approach is more measured, and all the more effective for it; these songs have been written by men with a wealth of life experiences between them, not by callow youths. Each song has its own identity and purpose and the album requires several listens before it offers up all its secrets.

The centre-piece is the stunning track The Golden Street, featuring perhaps Younger’s finest lyrics of his career married to a powerfully compelling chord progression by Brent Williams. The meaning of the lyrics is wide open to conjecture, as Rob obliquely queries “you tiny, tiny men, who are you to forget who I am and never for a second to extend a hand”. The plot thickens with the lines “Many people without eyes, one by one I watch them fall and die, and there are many more in The Golden Street”.  Just what is Rob talking about here? The nature of Capitalism? Addiction? Global poverty and wealth inequalities? Or perhaps simply the cruelty and inhumanity of the world we live in? Almost nihilistically, Younger proclaims “In a hundred years nothing will change, it’s all downhill in The Golden Street”. It’s extraordinarily moving and poetic and ultimately a protest song, a howl of rage and despair on a par with The Velvet Underground’s Heroin.

In terms of its sophisticated, intelligent music and lyrics, Incantations invites comparisons with Magazine and The Only Ones, but with greater fury and sheer raw power. The Only Ones’ comparison is worth dwelling on for a moment; like Peter Perrett, Younger conjures a dark, at times suffocating world where intentions are obscured or misinterpreted. Another similarity can be drawn with the band members; Perrett famously eschewed the conformist Brit-punk image-mongering of the day and assembled a stellar group composed of exceptionally talented musicians, John Perry, Alan Mair and Mike Kellie.

Similarly, Younger has forged an inspired ensemble cast of creative and talented individuals. Dave Kettley and Brent Williams provide a sparkling, raging and innovative guitar frontline, while Williams enriches the sound with perfectly-judged keyboards. Bone-crunching bass is supplied by the highly-regarded veteran Jim Dickson, who co-authors another of the album’s high points, A Window To See. The New Christs’ latest secret weapon is unveiled in the figure of Paul Larsen Loughhead, whose natural, intuitive drumming lends the whole album the rolling swing essential to all great rock ‘n’ roll.

There are no passengers in this band and everyone is on top creative form, with co-writing credits spread across the track listing, but make no mistake, this is Younger’s dark vision, lyrically as insightful as pioneering “anti-psychiatrist” RD Laing’s “Knots”. Incantations also features the greatest vocal performance Younger has delivered in 25 years, as the frontman drops into a deeper register to deliver these conjurations from the collective unconscious.

Against the odds of the passing years and indifferent popular culture, The New Christs have hit new heights on Incantations. An essential, profoundly ambitious album which confidently claims its place in the illustrious pantheon of Australian underground rock ‘n’ roll classics.

The New Christs are on Facebook and on Bandcamp.

The late Christian Houllemare played a vital role in The New Christs’ story and his spirit lives on in his numerous recorded works.

All words by Gus Ironside. More writing by Gus can be found in his Louder Than War author’s archive.