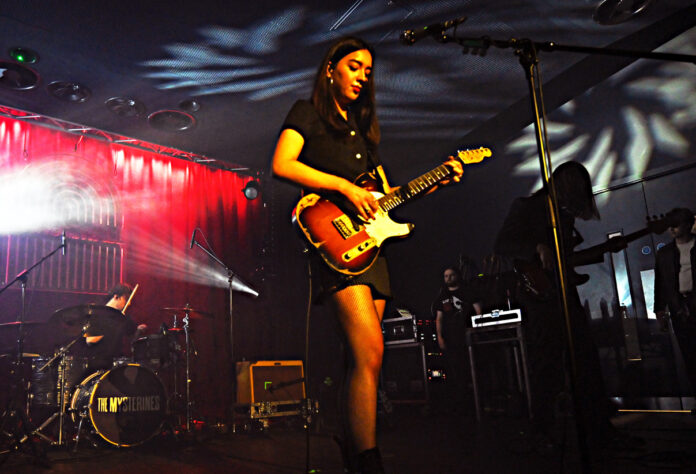 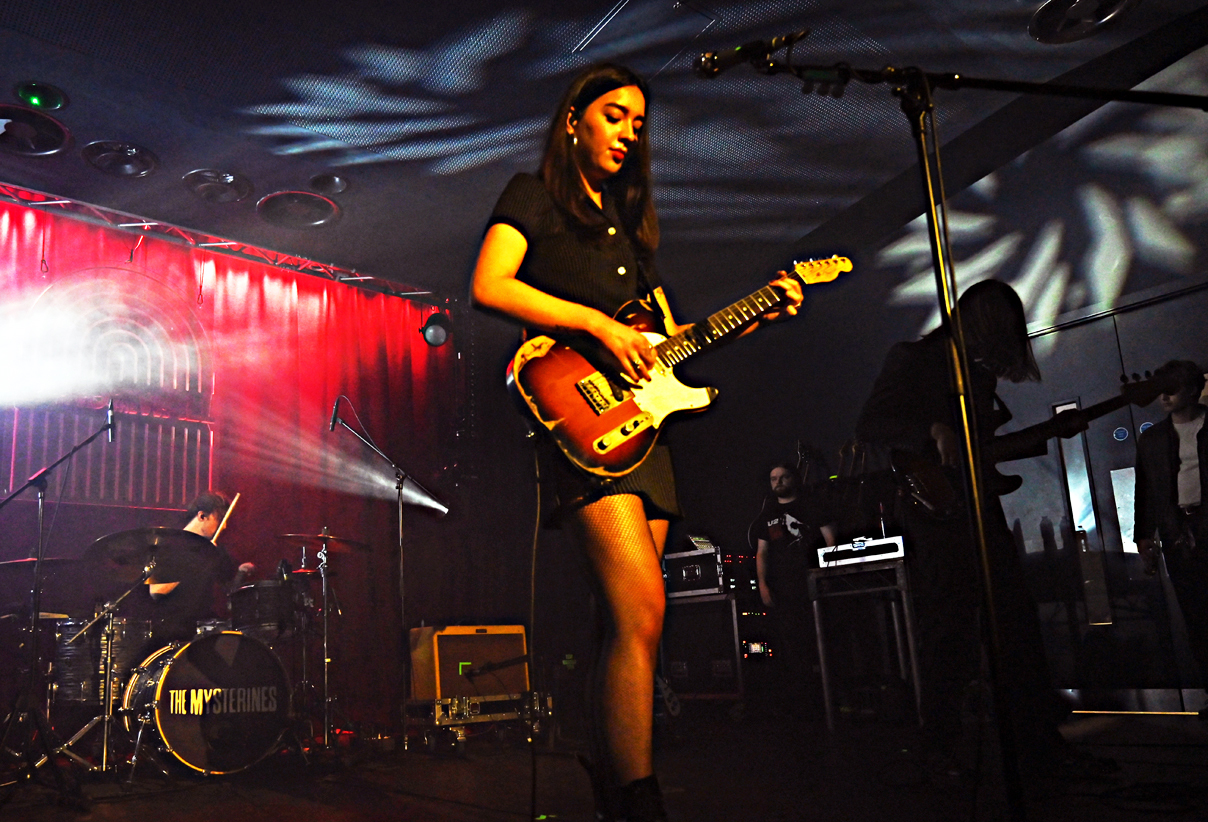 The Mysterines are on the crest of a wave right now, scoring a Top Ten album with their scorching debut and blazing a trail across the country with their sold out tour landing in Manchester, right next door to John Hall’s spiritual home The Rose & Monkey. Wayne AF Carey just has to be there…

After years of hard graft and commitment, treading the small venues and not really fitting into the ‘scene’ as such, the quartet of Lia, George, Callum and Paul have been plucked from the jaws of obscurity and landed slap bang in the middle of a grunge revival. The most important thing about this is they are leading the pack as tonight will be a testament to their debut album which I reviewed here is a sparkling debut full of big hitters and sultry slow movers, which shines bright with the power that oozes from a band that tick all the boxes. Band On The Wall has changed dramatically since I last came here and it’s a cracking venue that boasts a 500 capacity with a smart layout and friendly staff. The vibes here are good, as is the crowd of young and old onlookers who just has to witness a band that won’t be playing venues this small again in the next few months. 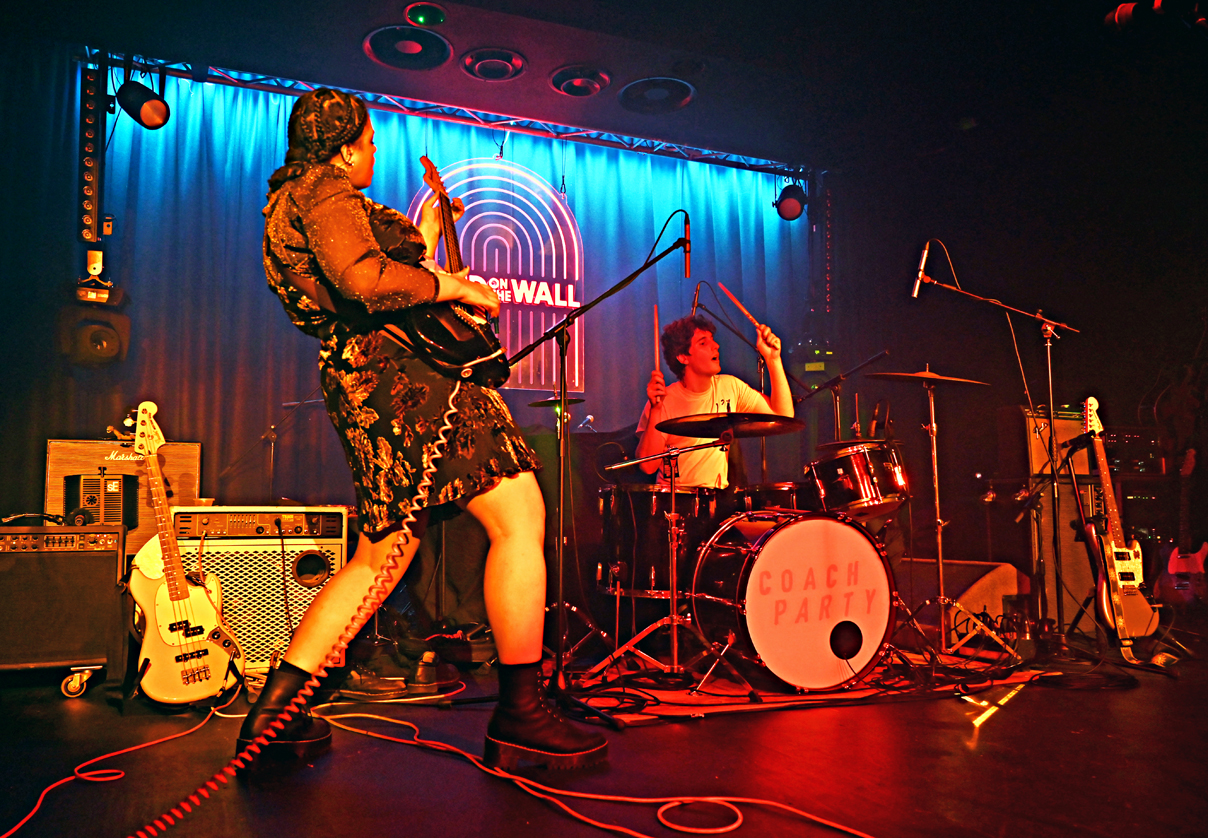 The fact they’ve invited two quality bands to the forefront makes the night more special,  with the excellent Fräulein starting the proceedings. The duo produce a high quality set of power punk, full of fuzz guitar from Joni and some sheer balls to the wall drumming from the amazing Karsten who flails around like a madman who’s been watching old Keith Moon videos. Each song bursts with power, and if I could describe them as anyone it would be a reverse White Stripes with Jack on drums and Meg on guitar. It’s minimalist, raw and loud. Just what we need on this cold Manchester night. 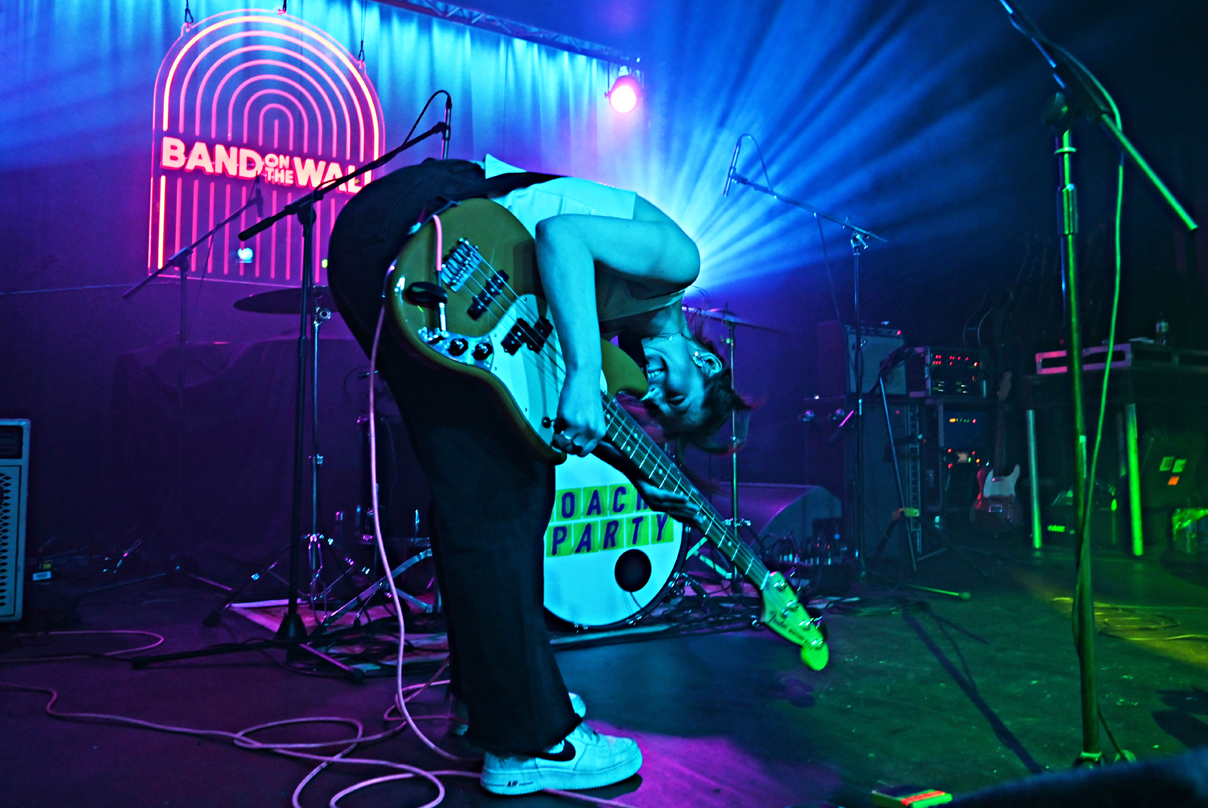 Coach Party from the Isle Of Wight are pure fun. A He/Him / She/Her collective that shine with their power pop songs that are clever and not afraid to have a dabble with a bit of experimenting. They are no Wet Leg on the basis of the frenetic attacks they pull off when they’re in full flow. No fucking about and they just look like they enjoy being here. It’s indie rock plastered with a bit of dayglo pop punk and you can hear the anthems they can conjure up slithering through the crowd with a mild infection that will spread before you know it. Original stuff to keep your eye on. 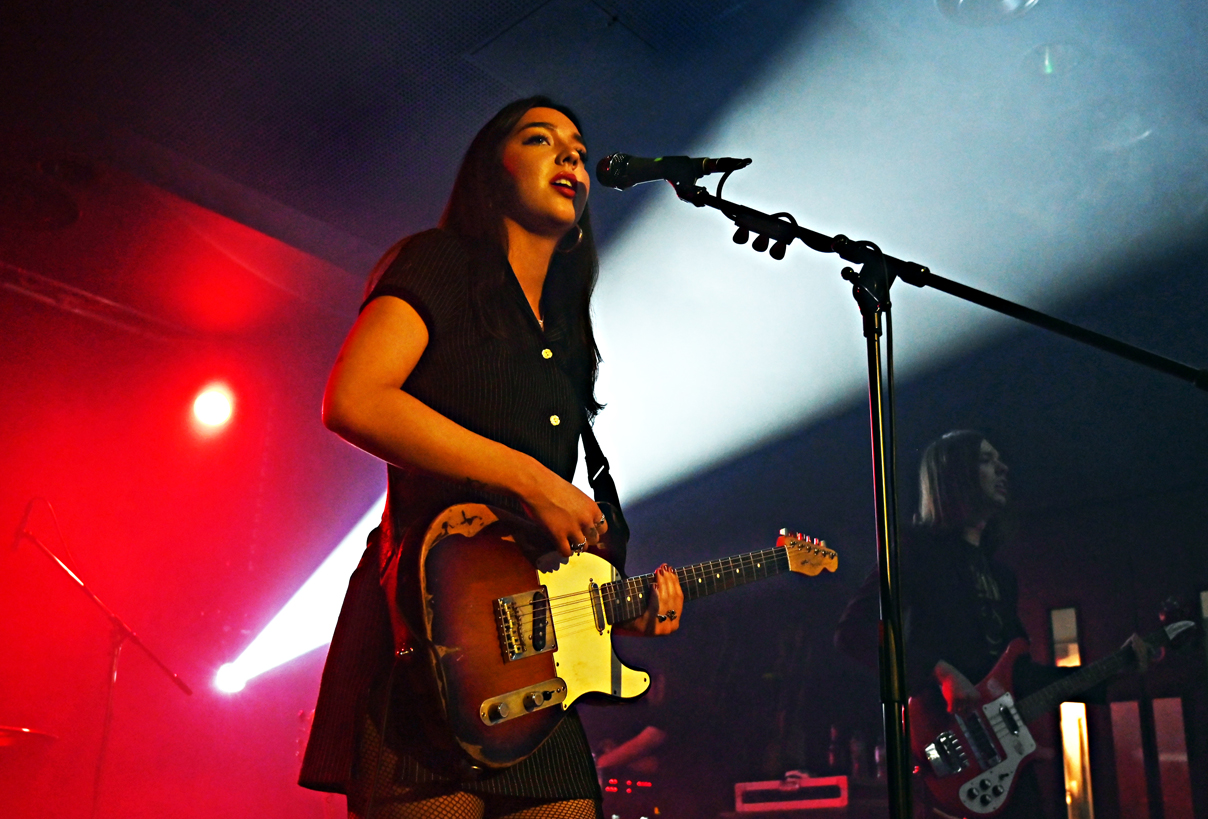 We now wait in anticipation for The Mysterines with the sound of the excellent Bunnymen album Ocean Rain sifting through the speakers in true style to their Liverpool background, the closest musical cousins to our rich heritage of Northern sounds that have captured the world with groundbreaking bands from both cities. The bass rumbles and they launch into a set of sophisticated tunes lifted from their excellent debut which sound monstrous in size.

Last time I saw them at The Ritz back in August I just knew they were destined for big things due to the magnetism between the band members, all nodding to each other and smiling throughout the set as they do now. It’s like they’ve clicked way beyond their years and the stage is there’s for the taking. A blinding Life’s A Bitch gives me that feeling I get when I listen to the searing songs of Eilidh Bradley’s Solar Race, until Lia hits you with the excellent Reeling that sends shivers up your spine, as does the hair prickling Under Your Skin which sounds amazing in this not so tiny venue. Hung Up is a grunge statement full of power that floors the crowd with the attack from this tight as fuck quartet that sound like they’ve been doing this for a decade.

There are mellow moments that have you mesmerised and spellbound, especially with Still Call You Home that sounds haunting. There are psych workings throughout to give it a twist, the caustic Time To Bleed sounds stunning, yet the highlight has to be a full on grunge onslaught of In My Head which almost brings the roof down. As fellow writer, Ian Corbridge who was stood behind me said: “An I was there moment”. He’s not wrong. Expect major headlines at the big festivals in the very near future. The grunge revival rolls on…

All photos by Trevor Eales