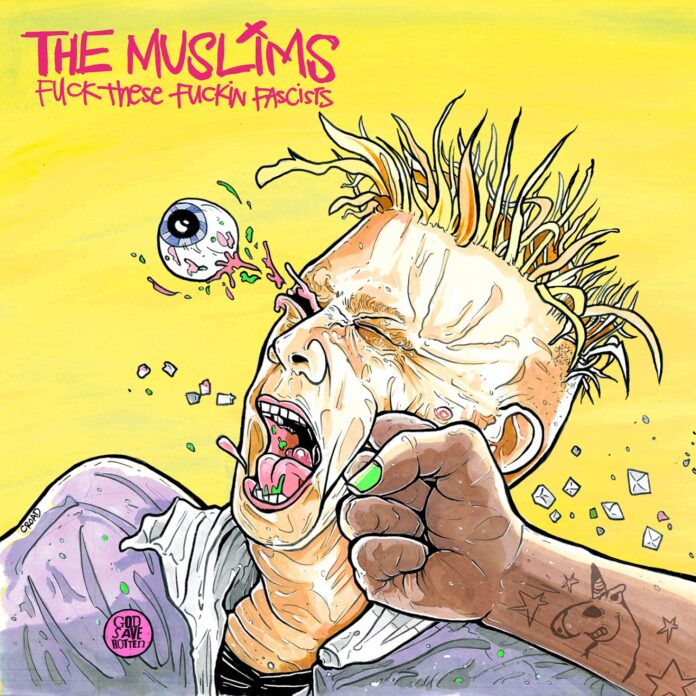 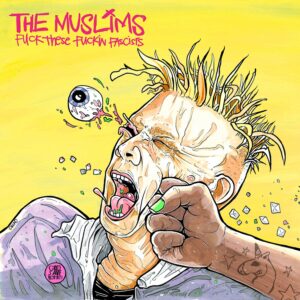 The Muslims: Fuck These Fuckin Fascists

North Carolina punk band, The Muslims have been shaking things up in their own upfront style since 2017 – now, newly signed to Epitaph records, they hit us with third album, Fuck These Fuckin Fascists. Amy Britton takes a listen.

If there is one thing The Muslims are not afraid to do, in the best way possible, it is get a reaction. Now on their third album, after forming in 2017 as a direct response to the result of the 2016 American election, where some bands aspire to punch fascism in the face, they don knuckle dusters to do so. All-gay and all Muslim, the North Carolina band clearly had to react against against a backdrop of normalised far-right ideology going mainstream.

Overall, there is the unflinching nature of their name ensuring the wrong kind of fanbase would stay well away, their open sexuality, and a use of identity that feels deeply relevant. Then a glance down the song titles evokes eighties hip-hop and the blazing second wave of punk in their ire and directness.

The album starts with a radio crackle and a snatch of symbolic spoken-word beaming out from Phoenix Radio, before ripping full throttle into opener Hands Up, Don’t Shoot, a fast and furious piece of social commentary, with its four-word chorus less of a plea and more of a statement, shouted out in a fashion impossible to ignore. Recent singles, Unity and title track Fuck These Fuckin Fascists, are ideal representatives of the ire. The former opens with a snippet of Joe Biden’s inauguration speech, before diving into a slice of fist-in-the-air punk that rolls in a little more than a minute. The latter, with a title that implies a band not too worried about airplay, opens with the clear statement, “Fuck these fuckin’ fascists/They can kiss our asses,” blending its clear-cut lyrical intent with a surprisingly ear-catching melody.

While The Muslims’ fire is as apparent in the sound as it is in the lyricism, this often isn’t at the expense of a chorus. This simply serves to grab attention even more, to make them impossible to ignore: the track Illegals, for example, is another thought-provoking call-out of racism, with a looping chorus that buries under the skin. Further along, the likes of GCDC and IDGAF just blaze with pure fire.

Closing with possibly the best-titled closing track imaginable, John McCain’s Ghost Sneaks Into The White House And Tea Bags The President, I think it’s safe to say that this album may well take the title for musical provocateur of the year, in a fashion that is necessary and says exactly what we need right now.

Fuck These Fuckin Fascists can be pre-ordered on The Muslims Bandcamp here.