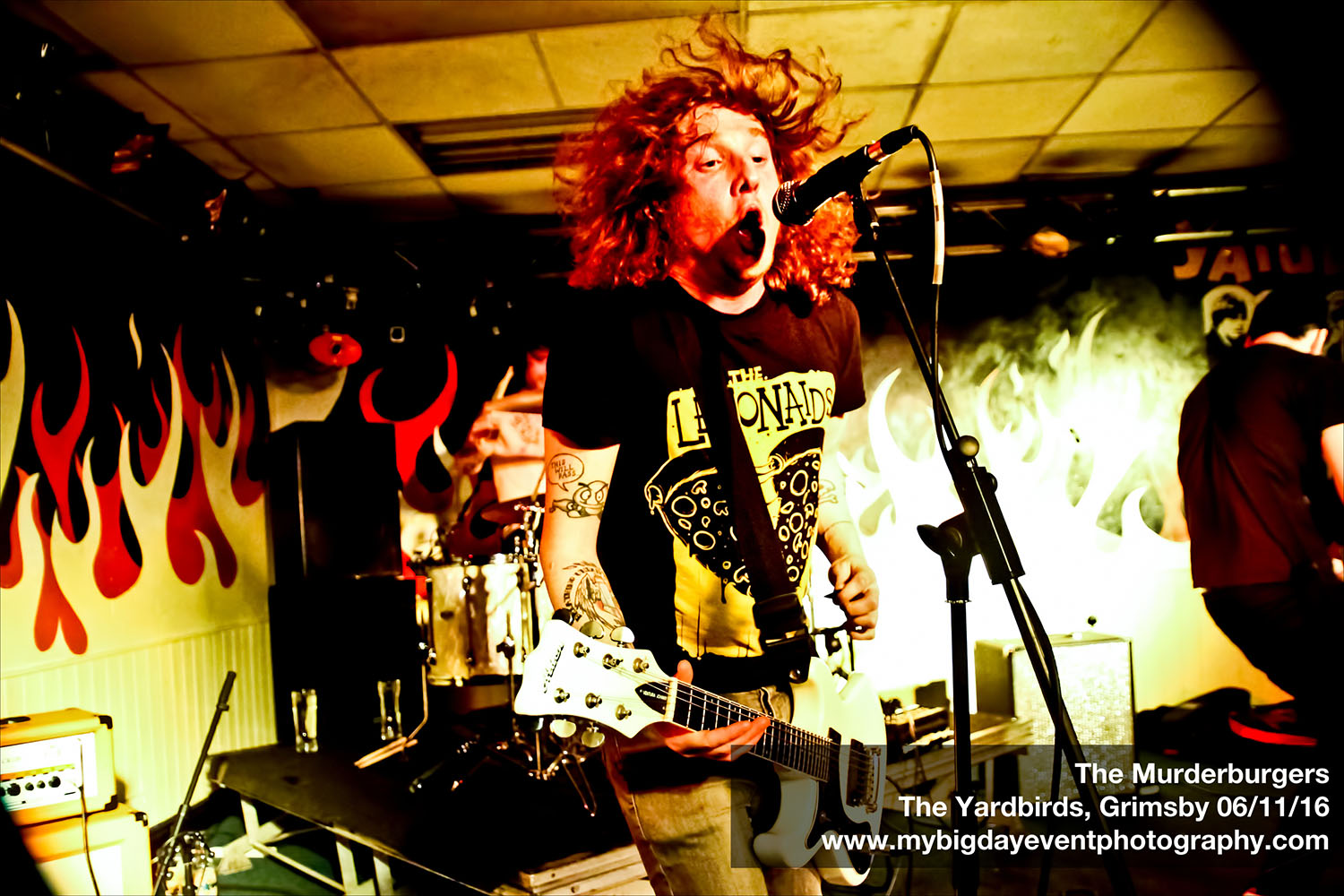 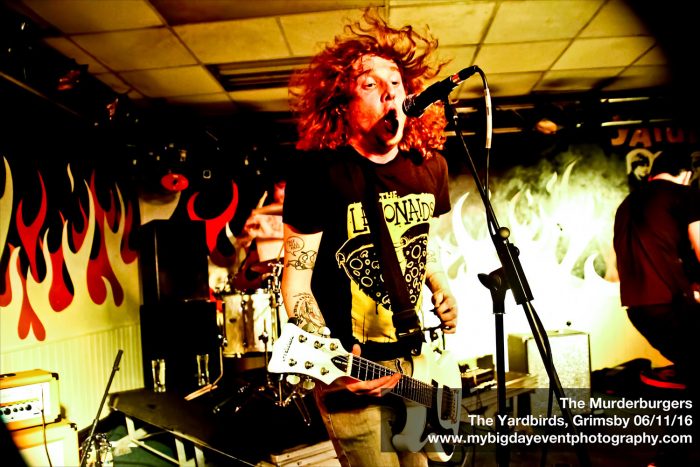 The Murderburgers | The Atoms

Four bands on the bill in deepest, darkest Grimsby, courtesy of Ross Stark’s Anarchy Entertainment, and another reminder of just how many excellent musicians that I’ve never heard, or heard of, are out there every weekend (and some weeknights of course), crisscrossing the UK in vans, plying their trade in pubs and small clubs like the Yardbirds, which is the our venue tonight.

The depth of the bill necessitates an early start and I’m sorry to miss local favourites East On Main and Not Tonight And The Headaches (now reduced to a three piece and with a new split single to fund so go here to contribute).

No need for posturing and phoney anarchyspeak tonight – both the bands at the top end of the bill have the happy knack of writing excellent songs, shot through with wit and dark humour, and of playing them well enough that they don’t need to hide behind gimmicks. 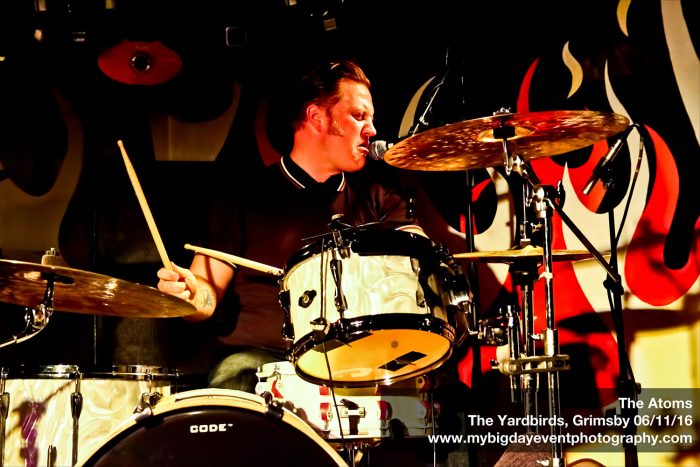 Of course sometimes the van just can’t take the strain and The Atoms have trailed all the way from Derby in somebody’s mum’s car bringing with them a neat line in infectious pop punk with hints of classic pop, Buddy Holly and The Beach Boys and a touch of doo wop all wrapped up into high velocity songs that last about a minute thirty on CD and not much more live. They’re pretty smart too – check out Like A Certain Type Of Shampoo and You, Me And Jeremy Kyle on their Bandcamp page. They’ve got two new albums on the chocks ready to launch but they’re not allowed to crowd fund them so they’d like it very much if people go online and buy something. There’s a pattern developing here.

Top of the bill are The Murderburgers, all the way from sunny Scotland, whose particular brand of punk owes something to the influence of bands like Masked Intruder and Dear Landlord. I know this is true because I asked them and they are much too nice to take advantage of my ignorance and gullibility by feeding me a load of old cobblers.

They self describe as trading in lightning quick anthemic intelligent pop punk bangers and I’m not going to argue – they sound great, fast and snotty and as in your face as you could wish but it’s the literacy of their material that’s most engaging.

Now That You’re Not At #21 (opening track of the new album The 12 Habits Of Highly Defective People, recorded by Fraser in the US with Zach from Dear Landlord plus Intruder Yellow and Red from Masked Intruder and Adam Fletcher from The Copyrights) opens thus –

“Another night of fight or flight mode
Led me to the waterfront in Glasgow
Sympathetic police found me there in tears
And confiscated all my beers
I apologised and caught the next train home.”

How often do you find writing like that on a pop punk album? Pretty seldom. It’s a bit like John Darnielle teamed up Screeching Weasel and it’s brilliant and the whole album is full of similarly fine stuff and they’re great live too.

At the still centre of the turning Murderburger universe is Fraser, whose angst and anxiety provides them with most of their subject matter. His stage presence is dominated by nervous energy and a fine head of hair and I spend a lot of the set trying to synchronise my shutter finger with his occasional shakes of his flame coloured locks to get a picture of his nose and eyes. I eventually succeed ( see accompanying gallery for evidence).

He’s prone to digressions but they’re pretty good digressions, especially his attempt to ring actor Seth Rogen to enquire about a script idea which Fraser sent in and which may or may not have inspired a new movie. He doesn’t get through but I think he reaches Rogen’s answerphone. 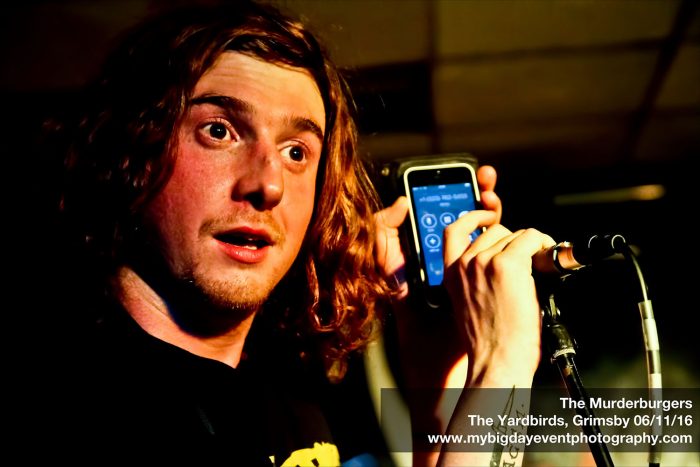 Incidentally, I have a photo of Seth Rogen’s phone number if anyone needs it.