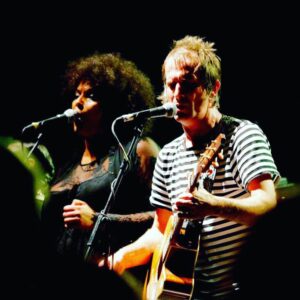 Writing for your Life:

Simon Mason has bled for his art!  It’s what cathartic writers do. Here is a person,  who is committed to writing (and executive producing) his books, and his records. He has done so with or without the endorsement, finance, or approval from ANYONE. Usually without.  There are few such as this. This is what fully retained artistic integrity looks like. Credit due with applause!

These are The Multi-Coloured Chronicles of the Hightown Pirates.

Take them or leave them.
Not enough can be said about what is loosely known as ‘cathartic ’ or ‘life writing’,  Writing has long been the means used to ‘write’ the wrongs’ from the past, as it were. It’s not some trendy new age thing as some might imagine. Indeed, World War one poets like Wilfred Owen, Siegfried Sassoon and Rupert Brooks grabbed many schoolboys imagination, myself included.  More importantly, they intuitively purged their demons, with a PEN! Perhaps these poems telegraphed to my subconscious, for future reference, that there were proactive things we could do with the bad things that happened to us, to exorcise them.  I knew that there was something I could do, by simply putting something on paper and grounding it, that enabled me to deal with it.  We are able to transform emotionally traumatic memories, sometimes locked in the very tissue of our bodies to, to literary Gold.

My own dear brother, John Mulligan wrote his critically acclaimed first novel, Shopping Cart Soldiers, about his lived experience of combat scenarios in Vietnam.  By that device, he turned a traumatic, debilitating part of his history into something good, hope-inspiring, and wholesome. He experienced a partial catharsis in the process. His was a process of releasing and thereby providing relief from, strong repressed emotions.

It is not a huge leap for the reader to make, from one form of war to another.  From the trenches of Owen’s Paschendale, to the streets of New York and London. First in Manhattan, where dope fiend Jim Carroll wrote his critically acclaimed Basketball Diaries. Here he recorded the minutiae of his desperate relationship with heroin, basketball and rock and roll. A memorable performance by Leonardo DiCaprio immortalised Carroll’s drug war in the film of the same name.  His first record, Catholic Boy gave us the visceral and shocking People who Died. This song continues to be one of the most important pieces of cathartic writing made music, in a generation.

Similarly, Peter Doherty demonstrated an incredible propensity for alchemy on most of the songs on the Libertines critically acclaimed, Anthems For Doomed Youth.  Recorded at Chris Craker’s KARMA Sound in Thailand, the title is borrowed from none other than Wilfred Owen’s WW1 tome of the same name. The extension of the parallel between drug-addicted realities and War is made plain.  Perhaps Simon Mason, while getting alongside Doherty as his sober companion on solo tours as well as a Libertine tour, gleaned something genius there. Mason would have sensed the gritty visceral rawness and honesty of how Doherty wrote.  Perhaps he had seen that Carrol, Doherty and himself are  ‘birds of a feather… 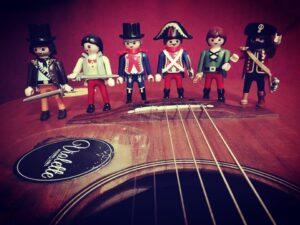 Too High, Too Far, Too Soon A Memoir

Simon grew up in the sleepy seaside town of Weston Super (Night) Mare.  Back in the day, it was the capital of the rehab region of England, Weston-Super Mare.  By pure serendipity, Mason had become known as The Doctor during the Britpop era.   Oasis and Blur were going toe-to-toe in the sexiest piece of PR we’ve seen in a generation. Simon’s claim to fame, in his early recovery, was related to providing many of the artists of the Britpop era with their drugs. These were the substances they needed to medicate their own existential angst.   They drank like vampiric kings from that particular cup of adulation = served by the screaming teenage masses at Reading and Glasto.

In the aftermath of Britpop, Simon hit a personal rock bottom, got clean, and started writing his own memoir that was to become Too High, Too Far, Too Soon. This was the first chapter in The Multi Coloured Chronicles of The Hightown Pirates. Completing and getting it published is no mean feat.  It required enormous self-discipline for a lo-bottom dopefiend to complete. It is a wicked read into the bargain. After its publication, it was distilled into a one-man monologue for the stage.

After this, Simon put together Hightown Pirates, the vehicle to give expression to his unrealised musical potential. This is hugely important, as it speaks to the part of Mason’s core of who he is, and what was stolen from him by his addiction. The years ‘the locusts’ had stolen from him, is important because it speaks to what is, in essence, the Lifework of a soul. I’ll come back to this…

Listening to the first Hightown Pirates album, Dry and High, finding myself at times,  moved to tears.  At others, I felt massively uplifted and made buoyant.   This was the second chapter in The Multi-Coloured Chronicles of the Hightown Pirates. Songs like Just for Today – are a direct reference to a catchphrase made mainstream in recovery communities worldwide, by Narcotics Anonymous literature.

Hightown Pirates are an extraordinary entity by merit of the fact that Core members are made up of recovering addicts.  They have all defied the lie, as Jim Carrol did, that ‘Once a junkie, your always a junkie’!

My Review of that album is here: https://louderthanwar.com/hightown-pirates-dry-and-high/

The message is, We do recover!

The only exception is the magnificent horn section from Mick Head’s Red Elastic Band. The Hightown Pirates project undoubtedly resonated with them.   They have supported this ambitious vehicle since the embryonic days when Simon hung out after Mick Head shows. At this time Simon was merely salivating and enthusing and dreaming about making a record of his own songs. The process has been fraught with funding challenges mainly. Still, they are miraculously sat here in the midst of COVID 19 with a second record released.

The band and their lyrics can be found here:

All of the Above Hightown Pirates second album (released May 1st, 2020)

There is no secret that Mick Head of Shack fame, is one of Mason’s highly attributed influences. He’s an influence, alongside his horn section who also shares a love for Liverpool Football Club, Hightown Pirates recordings have been showcased several times over the PA system at Anfield at the half time of Liverpool matches.  There is an organic, grassroots interest, but without cash investment, there is a fear that Mason’s body of work is in danger of being overlooked. That, in my view, would be tragic.

I hope you enjoy it…

The opening title track, (Track 1)  All of the Above, starts with guitar feedback, and the tacit message that this record needs to be played loud. The phrasing is masterful with the introduction one of the best horn sections in the UK and a distinctly Townsend-esque acoustic guitar. By the time Mason’s vocal comes in there are visible hairs standing up on my arms. The backing vocals support the body of the melody, in the most stylish manner. Mason, with ease, manages to achieve a Daltrey-esque command over the tune while maintaining his own individual essence and voice.

The first single of the record, (Track 3) Girl from the Library, Hightown Pirates conjure up images galore. In the main,  a mildly neurotic roll-up smoking woman, working in the otherwise mundane library. This speaks to the difficulties of ordinary people in recovery, navigating the likes of loneliness and the defensiveness of being distant, and possible non-secure attachment style. Its a hard-edged recovery reality devoid of any of the social lubricants afforded normal folks without addiction issues?  For me there is. However, it’s sophisticated and nuanced: There is real vulnerability in this tune that puts it on a plane with Elliot Smith. There’s an emotional literacy here as well.

Here it is here: have a listen?

The King of Hearts on the modern deck of cards is portrayed by a King without a moustache and a short sword or dagger in his own head. It’s easy to read into this, some esoteric, Jungian notion. However, researching this, it apparently came about by bad copying skills. Mason, in an act of semi-genius,  makes this into post-modern metaphor – by attributing it to the tendency of people in early recovery of avoiding feelings by being cerebral or living entirely in their own head. This composition is musically phenomenal with great use of chiaroscuro, and texture (Flute). The King of Hearts (Track 7) has layers of meaning and may take months to fathom. Do yourself and the composition credit by listening to adequately to get it.

Different Drums takes it down a level with the words, ‘Shoulda, coulda, woulda?’ words all recovering persons will recognise.  They speak to the sum of all the grief and loss that is inherited from the years that the locusts of addiction consumed. This composition will resonate for all people in recovery.  Despite the absence of minor chords usually used to evoke sadness, Mason conversely evokes goes in the opposite direction, selecting an upbeat vibe, and delivers a buoyancy in this listener, and the notion of ‘lost dreams awakened’.

The purpose of this feature was to draw your attention to Simon Mason’s whole body of work.  It’s also important to encourage you to read and listen on a deeper level to what is Simon Mason’s life work…

All of The Above in its entirety:

The Hightown Pirates have been and are: