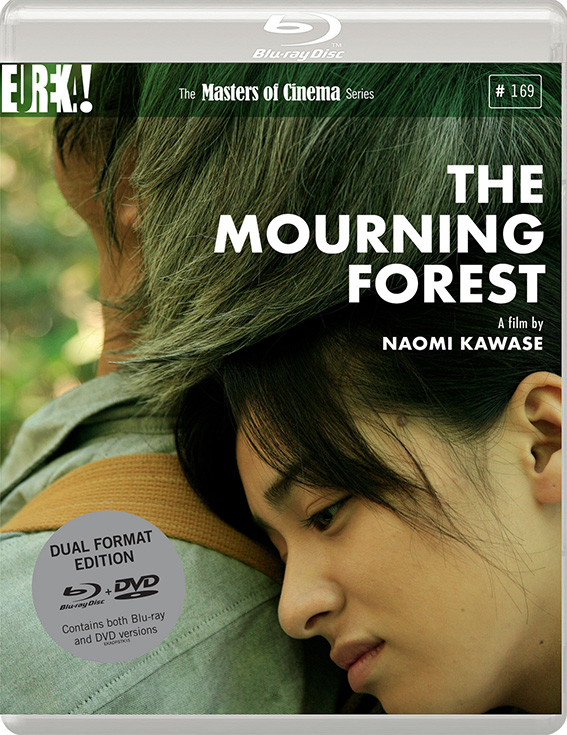 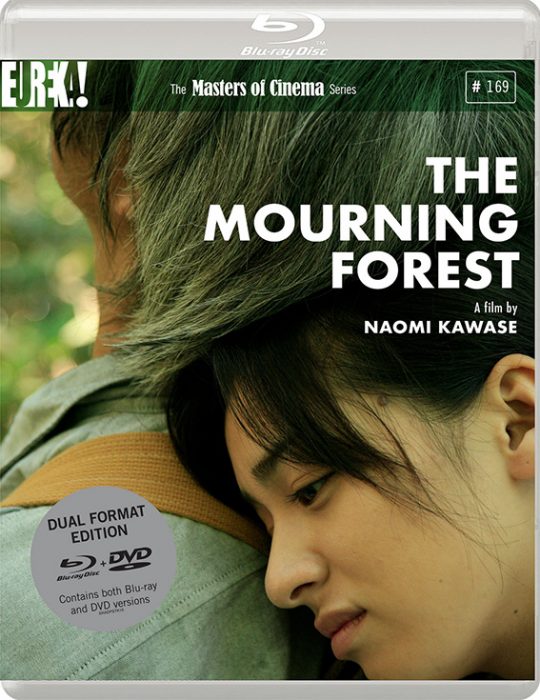 Last year Naomi Kawase’s Sweet Bean was one of my ten favourite films and, like that film, this features a significant performance from an older actor.

Written, directed and produced by Kawase, The Mourning Forest tells the story of Machiko (Machiko Ono), a newly employed care home worker and her relationship with a resident there who’s afflicted by Alzheimer’s, Mr Shigeki (Shigeki Uda).

Both are grief ridden. Machiko is mourning the recent death of her young son while it will soon be thirty three years – a significant time span for Buddhists – since the death of his beloved wife, Mako.

Their initial encounters are fraught with tension and misunderstandings with Shigeki acting unpredictably. When Machiko attempts to throw out a rucksack belonging to the old man that she presumes is rubbish, the old man reacts violently, pushing her across the room and onto the floor.

When we next see her she is returning from hospital with a bandage round her wrist.

She isn’t deterred though. She accompanies Shigeki on the piano and as a birthday treat, volunteers to take him out for a drive in the nearby countryside. Unfortunately, it’s not long before a car accident leaves her no choice but to leave the old man in the car as she goes to seek help at a nearby farmhouse. When she returns, he’s disappeared.

Luckily, a frantic Machiko spots him and after a little chase – he’s very nimble for someone his age – they’re reunited. They relax and eat watermelon and then go on a journey through a dense forest, a decision that Machiko will soon regret as the pair lose their directions.

Talking about the film, Kawase has spoken of it not just being a story about a nurse and a patient but simply about the relationship between one human and another human being. The second half here certainly portrays them as equals. 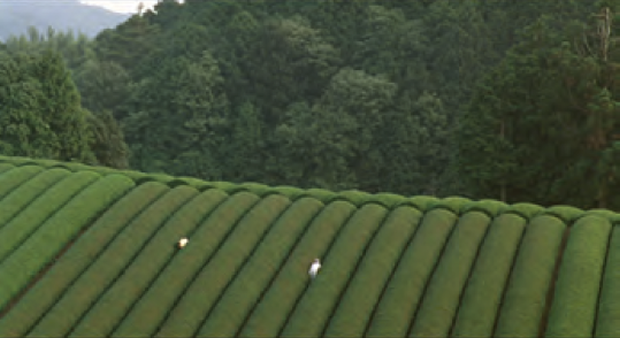 Occasionally Kawase punctuates her film with the ebb and flow of the natural landscape, wind rippling through intensely verdant grass, trees and shrubbery and mist moving over some hills. She has been compared to Terrence Malick and it’s easy to see why, especially when we see the two leads playing hide and seek and fooling around like a couple of kids amongst long rows of beautifully sculpted hedges in a tea field. The cinematography of Hideyo Nakano is superb throughout and merits a special mention.

The two central performances are also very good, particularly that of Shigeki Uda. Remarkably this was his first acting role, Kawase deciding to cast him after getting to know him in the secondhand book shop he runs near her home.

Elegiac, meditative and sometimes even mesmeric, The Mourning Forest scooped the Grand Prix at the 2007 Cannes Film Festival.

Despite this success, the film has polarized opinion with one reviewer going as far as to call it boring. While admittedly a slow burner, I’ll take it any day over the bulk of the blockbusters that have been clogging my local multiplex over the summer months.

It’s a film that will likely marinate in my mind for some time, in fact, I doubt it will be long before I watch it again.

Extras are rather sparse with this release but include a high-definition stills gallery and booklet featuring a statement from Kawase made at the 2007 Cannes Film Festival.

For more on the film: https://www.eurekavideo.co.uk/moc/mourning-forest-mogari-no-mori