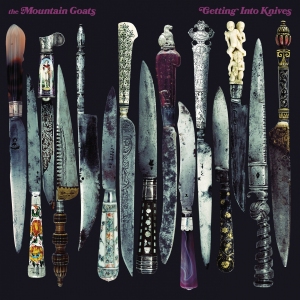 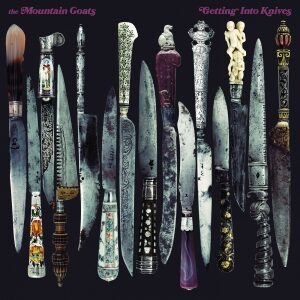 The Mountain Goats managed 16 albums in about three decades but this is their third release in just eighteen months.

Fortunately they are on an artistic hot streak and main man John Darnielle, who has recently embraced the benefits of long distance running, seems especially inspired producing an album full of different styles and contrasts. The band decamped to Memphis to record in the intimate Sam Phillips Recordings at the suggestion of producer Matt Ross-Spang, who was promoted from engineering their last album. Impressively all 13 tracks were recorded in a week, and they were working in the same room where The Cramps tracked their classic debut album. It may have been done at a lighting pace, but as Bruce Springsteen proved on his latest record, adopting an early Beatles like schedule can really sharpen the playing and recording, like on the opening Corsican Mastiff Stride, which has a vaguely rockabilly shuffle that may be informed by working in The King’s hometown.

Written before the pandemic, Tidal Wave seems to capture the ebbs and flows of our lives as former Al Green sideman Charles Hodge’s organ flutters round underneath. There is a delicious irony that a cultish act for nigh on three decades should sing ‘you should be famous’ on the bouncy Get Famous, which has a live feel complete with a horn section. At the heart of this compelling record is storytelling, and Picture Of My Dress could be a Willy Vlautin short story set to music as the protagonist takes off on the sort of strange, rambling road trip that only makes sense to Americans.

In an album full of light and shade, The Last Time I Saw You Alive is a moving piano driven meditation on loss and grief as Darnielle sings ‘us worms turn into butterflies I guess’ . There is something both sad and comforting in the line ‘it’s only now and then you come to mind’, which is the authentic sound of the healing process. In these unstable days where kids go hungry, millions believe in nonsense like QAnon or fear an orange lunatic with his small hand hovering over the nuclear button, Harbor Me feels like a much needed aural comfort blanket: ‘harbor me when I’m hungry/harbor me when I’m hunted.’

Most bands would labour for weeks to produce something this good, but the brevity of the process, and the historic surroundings allowed the Mountain Goats to produce something their most famous fan, American TV host Stephen Colbert, will no doubt love as much as their other hardcore fans. Getting Into Knives might also bring a new audience to the warmth of their playing and writing.