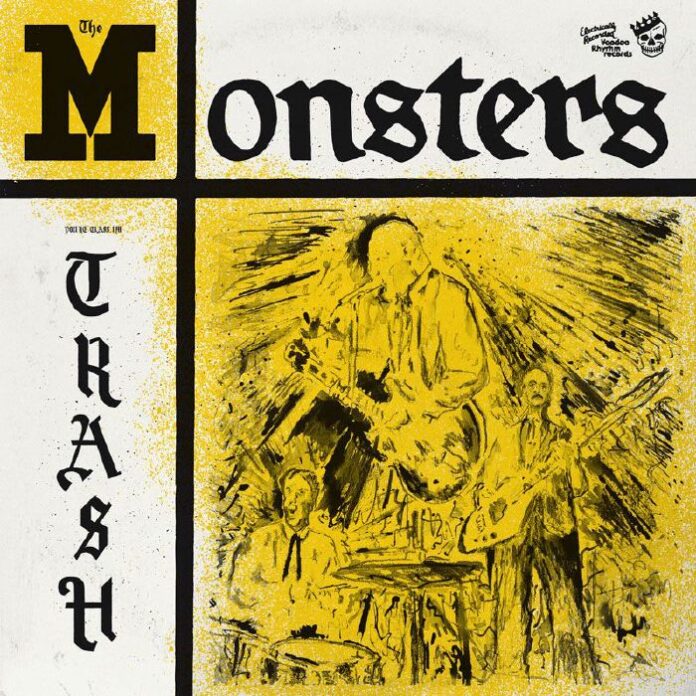 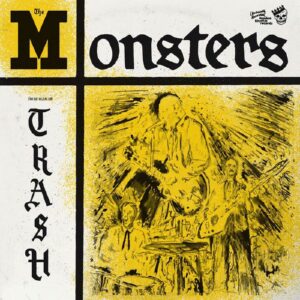 Switzerland’s The Monsters return with their new album and let loose a total garage riot.

There are times when an album comes out that in many ways defines and yet defies genres, bending and smashing them to shattered pieces before reconstructing a bastardised version of their own history. On their new album, The Monsters are aiming for just that. I’m going to go with protogarage-trashbilly and be done with it. You’re Class, I’m Trash is a pure aural riot, blasts of stabbing guitars and drums that power the basic garage songs along with vehemence. There’s no attempt to add any flash or dressage. This is pure unadulterated rock ‘n’ roll as it’s rawest, right down to the scarcity of lyrics; many songs consisting of just one line repeated again and again over the careering chaos that ensues. The whole album contains a mere 120 words; quality over quantity.

Led since 1986 by Swiss garage underground legend and owner of Voodoo Rhythm Records, Reverand Beat-Man Zeller, The Monsters have spent the last decades trading in the kind of twisted psychobilly trash that has seen them become a staple fixture on many garage festivals across Europe, just last week playing Spain’s Funtastic festival. On their new album, they blast straight out and mark their return with the frenetic Gimme Germs, a high-speed fuzz trash riot of a song. It marks the pace for much of the album; a total blast. It’s not all frantic t(h)rash though as they drop in more grooving riffs and rhythms, such as on recent single Dead. After the kind of ramped up fuzz mayhem that we’ve come to expect from them, it drops down into an almost Iggy Pop Passenger-style acoustic groove before signing off with one more blast.

Blasphemy is one of the stand out tracks on the record, following the purest psychobilly lineage of the 13 tracks on offer (15 if you go for one of the versions with added 7″ single). Yellow Snow Drink strips things down, scrapping back the layered distortion to reveal a wonderful acoustic number that recalls the latest Black Lips’ album. It’s nestled neatly in the middle of the album, a brief campfire light in the middle of a psychotic madman-infested Alpine forest. With the flames dead they continue their trash assault on Electrobike Asshole; pure and driven focused anger over a scuzz-drenched rampage.

From there on the album seems to take an even more hellbent twist with songs like Devil Baby and the great My Down Is Your Up. They sign off the album, after leaving you battered and beaten to a bloody pulp, with the requiem reprise Dead (Mortem Batkovic). It comes totally out of leftfield, a funeral march that signs off the album in a most unexpected manner.

All that’s left now is to choose what version you want. Voodoo Rhythm are releasing the album with an added bonus 7″, Sounds of Subterrania with a special knitted cover limited edition of the album, and Slovenly Records are releasing the LP with all songs sung in Schwitzerdütsch, the band’s native tongue and official language of Switzerland. Outside of a couple of million people, no one else speaks, it’s not even a written language, you only speak it, and barely anyone can learn it without knowing a native speaker!