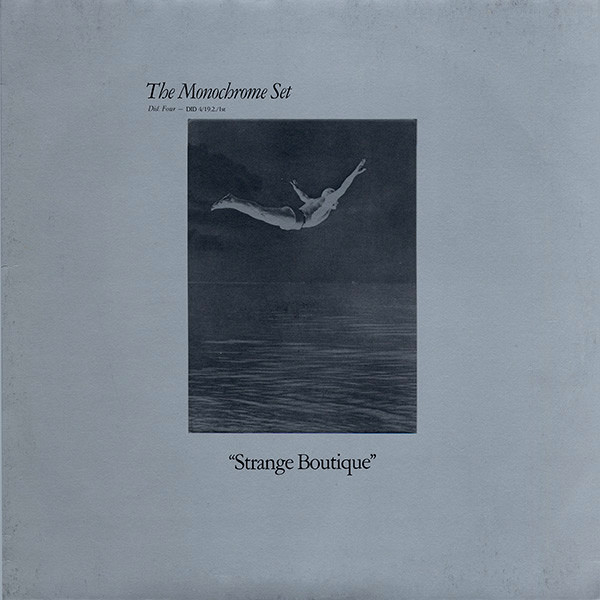 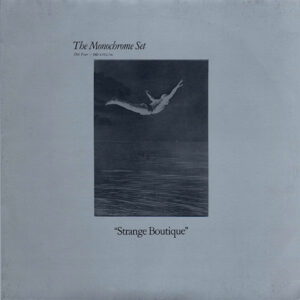 The Monochrome Set’s first two albums get a much deserved re-release from Tapete. Both Strange Boutique and Love Zombies were released in 1980 and were thrown into the mix of post-punk. But whilst the post-punk of Joy Division, Magazine, Bauhaus and the Stranglers had a dark, even bleak tone, musically the Monochrome Set were arch, humorous, clever, sexy as well as being dark. And they could be very dark: ‘I coat your liver with lard’, isn’t a line from your bog-standard pop song.

The Monochrome Set emerged from the B-Sides, which also gave the world Adam and the Ants, and released their debut album, Strange Boutique, right at the start of 1980. It’s an album that showcases a band fully formed and seemingly utterly confident in their song writing. Bid, lead singer and writer, was clearly steeped in high and low culture and happy to plunder all for his lyrics, whilst musically they set the template for every indie band to follow, with Lester Square’s 50’s guitar all jangling rhythm and precise riffs, Andy Warren’s bass lines of brooding menace and J.D. Haney’s drums that could skiffle or rock out.

The opening track, The Monochrome Set (I Presume), introduces us to the band as we meet this exotic bunch of youths in some mythical jungle who declare that they will fascinate and infatuate us, whilst we are dreary and base. As an example of the way to grab attention at the start of a song, few can beat: Monster multispeed vibrator, Eveready PP3. Which is how The Lighter Side of Dating begins, a jolly little number that is more slap and tickle than seedy Soho shenanigans. Expresso has a rhythm guitar that sounds like a 1920s music hall with lyrics about hospital procedures. The album also boasts one of the greatest named instrumentals: The Puerto Rican Fence Climber. They’re shoes if you don’t know. Bid often returns to favourite themes over the course of the many albums to follow, and here we see his first interest in astrology on Martians Go Home. The album also boasts, quite simply, one of the greatest songs ever written. Goodbye Joe stops you in your tracks, and makes you listen to it. It’s the perfect marriage of lyrics and music, to create a nostalgic, melancholic, longing for something that has gone. That dream on the silver screen that never came true. Because it couldn’t. It’s a song that has never lost its power. The album ends with the eponymous track, a disquieting, evil sounding little tune about cutting up faces and the aforementioned coating livers in lard, with a keyboard sound born in 60s psychedelia. What’s it all about? Probably best not to ask. 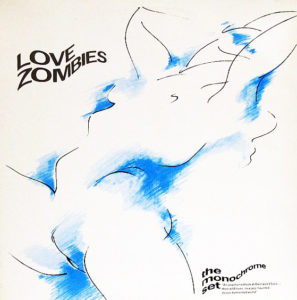 Released at the end of 1980, Love Zombies, the follow up album, may not be quiet as good as the debut, but it’s only a VAR offside decision in it.

Opening track Love Zombies has a military beat and a guitar that sounds like it’s been put thru a blender and re-mixed with a carnival calliope. Adeste Fideles, which is Latin for O Come All Ye Faithful, introduces another recurring theme for Bid, religion and more specifically Catholicism.  405 Lines is an instrumental of perfect guitar riffs, drum patterns and bass runs. It was a single. Who released instrumentals as singles even in the 80s? This band did. Another side note (I feel this one of those few bands who probably need footnotes): 405 lines was the monochrome analogue television service in 1936. B-I-D Spells Bid is a humorous take on his name. Maybe it’s a swipe at those English who struggle with anything that sounds ‘foreign’ to them. Bid’s real name is Ganesh Seshadri. More great wordplay on R.S.V.P. which is basically just a list of French expressions that we use, or are familiar with, in English. It’s incredibly funny. Apocalypso sees our hero looking forward to the nuclear apocalypse with a cocktail, a flat in Berkeley Square and a Rolls Royce corniche. Karma Suture gives us a dark tale of DJs playing music to recruit for the walking dead, whilst The Man With The Black Moustache is classic Monochrome Set, a song about nothing and everything. Musically, it veers all over the place, even including a squeaky toy.

The oft quoted accusation is that The Monochrome Set influenced many from obscurity, the truth is that the Monochrome Set don’t sound like anybody else. They are still a going concern, not just gigging, but releasing new material, whilst most of the bands they influenced have disappeared into obscurity.

If you haven’t heard these first two records, and you have even a passing interest in the alternative music scene, then do your brain a service.