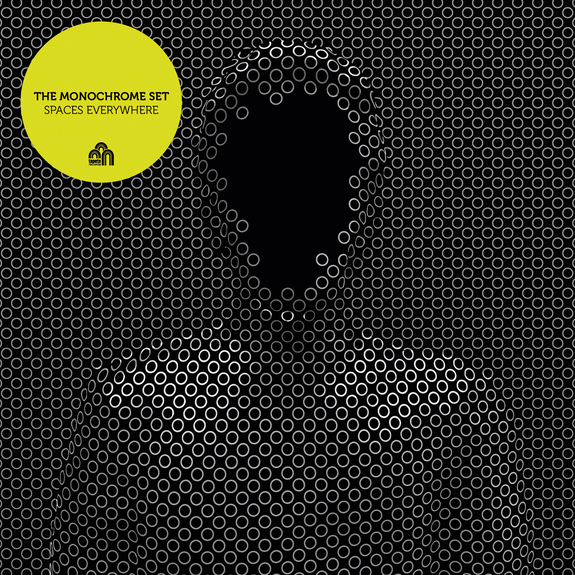 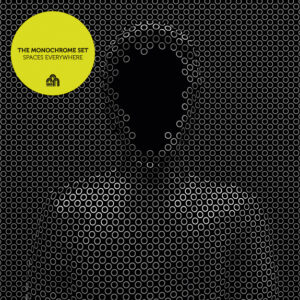 The rejuvenated Monochrome Set release their third album in four years. Is there room in your music collection for Spaces Everywhere? Mark Ray reviews for LTW.

After a near ten years of silence from The Monochrome Set, the band have been busy in the past four years, touring and recording, and they are set to release their latest offering to the world: Spaces Everywhere. The cool cognoscenti of underground sounds will prick up their ears with delight, for they have always adored this band. The Monochrome Set have always been more a beautiful, precious secret than a cult, with a back catalogue to rival any bands.

Of the new album, Bid (lead singer, guitarist and main songwriter) says: On the one hand the music is very melodic and cheerful. The lyrics, however, deal with death, decay, change…no wonder we are rather popular with the undead.

In that sense not much has changed. For years I had sung along to the chorus of their early classic Eine Symphonie Des Grauens without realising that the verses were about some grotesque zombie love.

They are the Edgar Allan Poe and the Kafka of pop music, but with a quintessential Englishness. The guitar might be rooted in the clean lines of American 60s and 70s music (though Lester Square does add a psychedelic edginess to his clean lines that throws you off the cliff edge just as you thought you were there to admire the view) but Bid has the charming eccentricity of a Terry Thomas, or a cross between the acid tongued Kenneth Williams, a mixed up Heath Robinson and romantic rebel Dirk Bogarde. 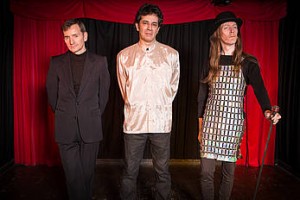 TMS do deceptively simple songs that peel back like the layers of an onion on repeated listen, both lyrically and musically. The lyrics are often very enigmatic, but never boring, as Bid sings on the track Fantasy Creatures: Unexpected thoughts found in a song.

Bid wrote most of the songs in May and June of 2014. The album features banjos, Hammond organ, female backing vocals and flutes, adding to the density of the music. The album has a sound that veers between 50s crooning and modern pop sensibilities, taking in 60s psychedelia and 80s new wave.

The album opener, Iceman, bursts through the speakers with a joyous pop riff. The clean guitar lines of Lester Square, that are 60s informed, with Bids lyrics tripping from his tongue like a Benjamin Zephaniah on acid, rising to a veritable croon in the chorus, whilst Andy Warren holds it all down with his almost too perfect bass lines.

Fantasy Creatures starts with a juddering guitar that bursts into 50s twang and Bid sounds like his Lost Weekend days. This is followed by Avenue, a lament for changing neighbourhoods, where, Bid sings, a guitar shop is now a bookies. Art turns into avarice. The curse of gentrification.

Rain Check opens with music that sounds like rain itself, gently pattering against the window, whilst Bid, pipe in hand, smoking jacket on, sits in front of a roaring fire and croons away about making your own luck in this world. It’s comforting yet strangely debauched at the same time, which probably sums up the Monochrome Set perfectly.

Bid has always had a nice line in humorous lyrics and When I Get To Hollywood, a Welsh romance, has more than its fair share: His eyes were like two nuts on a plate, and he smelt just like moss growing on a grate. He was the best thing that you’d ever seen in Swansea. You met him in the butcher’s by the pies; and when he said hello, you died.

There is a rock-a-billy tune (The Z Train), a song with a banjo sounding like a balalaika (The Scream) and a song narrated by a dead man lamenting his left behind lover (The Village) that harks back to The Kinks.

The album ends with the titular track Spaces Everywhere. It sounds like Arthur Lee’s Love. It’s a mass for lost ideas, thoughts and art in a world full of empty spaces where the trivial is elevated to momentary greatness.

The Monochrome Set remain a great band and long may they continue to make music in the blank spaces that are multiplying around us.

And where is the best place to listen to this album? Bid says: In a deconsecrated church, without a mirror.

I’ll say a dark amen to that.

All words by Mark Ray. More writing by Mark Ray can be found at his author archive. He can also be found on twitter as @MkRay65.