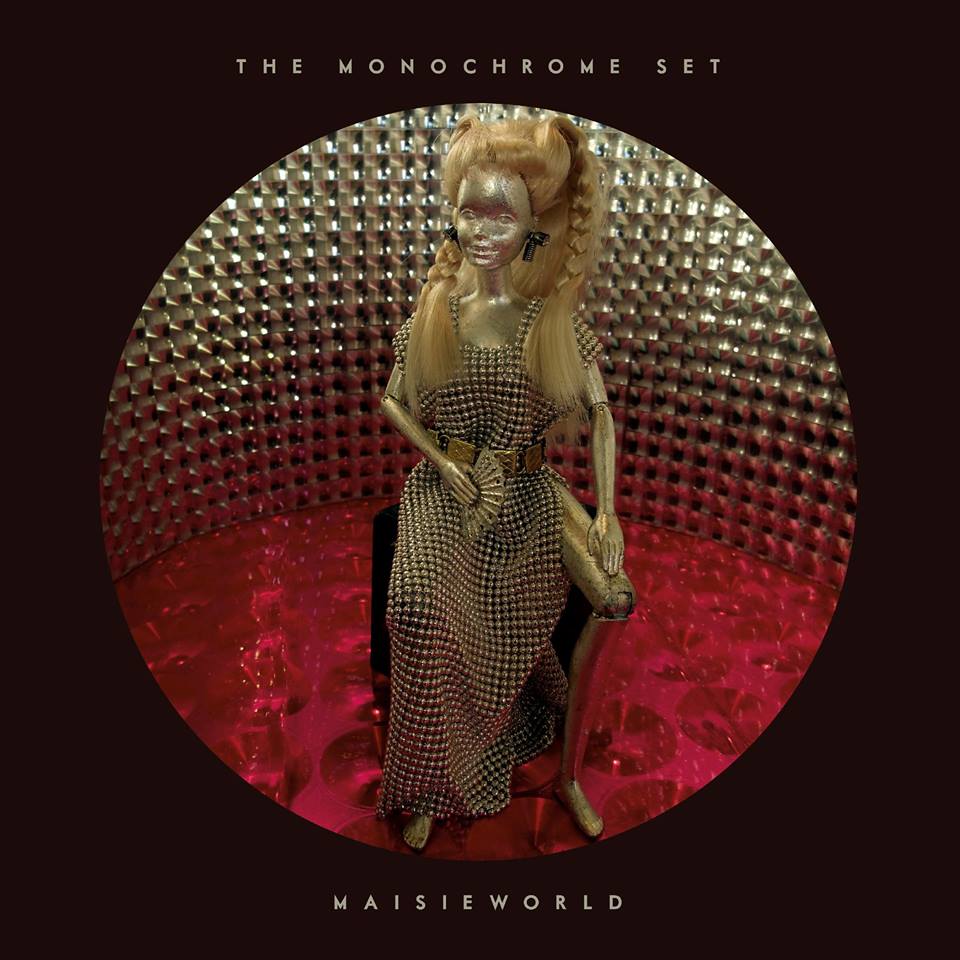 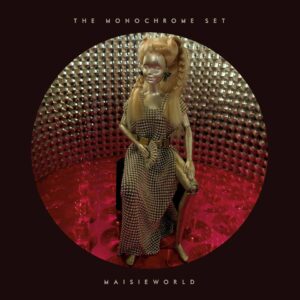 Cult Status National Treasures to the Few (unknown to the Many) and influential to a dandy foppish strain of English Pop, the Monochrome Set release a new album at the same time as their 6-CD retrospective.  Ged Babey tries to pinpoint the reason for their lack of commercial success as he taps a toe to the new disc.

I’m not saying the Monochrome Set are getting old, but having a song entitled, after a Beatles number but with all-important parentheses,  I Feel Fine (Really) does make me think of Private Godfrey in Dad’s Army.  I was expecting the next song to be called ‘My Sister Dolly’… but I digress.

The Monochrome Set have a maturity now which suits them well, adding to their debonair je ne sais quoi.  They always have been something of a Gentleman’s Pop Group, with an eye for the Ladies, Leslie Philips-style.

Being old enough to remember Black and White TV, even the bands name conjures up images of Ealing Comedies and Ian Carmichael as well as their songs of manners and etiquette, peccadilloes and idiosyncrasies.

Maisieworld is business as usual for the singular band and the third Monochrome Set album in a recent trilogy, Spaces Everywhere and Cosmonaut, each one as good as the last, and the one before that…  There really isn’t a lot more you can say.

There was a superb review on LTW of the 6-CD retrospective boxed set ,which is indeed truly peerless.  Every review of that and this album  comes to the same conclusion: this band should have been as successful as the Smiths ( a band they pre-dated by years, are said to have influenced and are nothing like, to be frank, apart from superficially) or at least, supposed fellow travelers Edwyn Collins and the Divine Comedy.

Using the same dull criteria though  Maiseworld is ten times better than Morrisseys latest Low in High School, for many and varied reasons.  Musically, lyrically, in terms of wit and vitality, variety, art, melodiousness, individuality, consistency and of course socio-politically.  And the fact that Moz is a cad and a bounder and Bid is a good egg and all-round gent.

So why have the Monochrome Set never been universally successful, in terms of sales, when artistically they are beyond reproach?

Well, it’s probably because they were ‘Too clever by half’. Too subtle, not brash enough. Too intelligent and suave -easily mistaken for wealthy and pampered toffs – songs like The Ruling Class didn’t help. They were not punks, easily-manipulated Pop puppets or bandwagon-jumpers. they didn’t rely on rock’n’roll tropes.  They had song titles in French, German and Latin ferchristsakes.  They had more in common with late 60’s art school bands and took inspiration from art, vaudeville, jazz, film music, literature and simply would not dumb-down and get on-trend.  The Smiths who came later, had only a few similar ideas and were only half as good, but somehow became a more saleable commodity because of their willingness to engage with the promotional and business side of things. That was (probably) just too much of a faff and a bore and a chore for the Monochrome Set. They assumed the audience would come to them.  (this is just conjecture on my part of course.)

The way the PR spiel reads is exactly why inverted snobs and philistines just didn’t dig the Monochrome Set. The wordy-ness, the feigned superiority and upper-crustiness – which was all tongue in cheek satire to an extent.

Maisieworld is distilled from the pungent flowers of artistic mischief and represents the acme of sonic consummation.Welcome to Maisieworld!

Your host, Maisie, will guide you through a succession of songs that highlight the volatile, capricious and ultimately unstable nature of The Monochrome Set. New doors lead into hitherto unexplored corridors, where saxophones, trombones, and trumpets claw at you from the Harlem-brownstone walls which pulsate with the ceaseless beating of animal skins.

Echos from a bygone era of expertise race around you as you careen down these sewers of sound, lead guitar solos leap with rusty scimitars, strange organs slither over you on the damp roof, a growling bass snaps at your ankles, a misshapen banjo scuttles across your path, and, all the while, barbarians shake the seed-filled skulls of the dead.

Playful vocals sing of your frail organic nature, the sad dreams and hopes that you entertain, and the dismal decisions you make. Scenes of a different imagination tear you like brittle canvas and rearrange your portrait into another’s fantasy.

Upon your exit from Maisieworld, you will be pleasantly surprised to find that your vessel is now filled with abnormal thoughts.

If I had to pick one track on this to play you (dear non-fanatic who might happen to be reading…) it would be ‘Oh Yes, I‘m Going To Be In Your Dreams Tonight’ which trips the light fantastic whilst doing the fandango – it’s fabulous … (jeez) Poetry and motion, lyrics and music take flight.

Give Me Your Youth, the aforementioned I Feel Fine (Really) and the title track all have references to ageing – ‘his right hip clicks and his left hip clacks’  but on Cyber Son and Mrs Robot, the Set get to grips with new-fangled technology and test-drive some sex-robots.

Silence is Rusty and Shallow are vaudevillian indie-twang with crooning and wordplay and listening to The Monochrome Set in 2018 it’s hard to imagine they were ever anything to do with anything as vulgar as punk or crass as New Wave or as po-faced as post-punk.   They were always out on their own, in a class and a hermetically sealed genre of their own.

The Monochrome Set On Tour