Home Music Bands Interview with Adrian Holder from The Moment – FROM BEGINNING TO PRESENT. 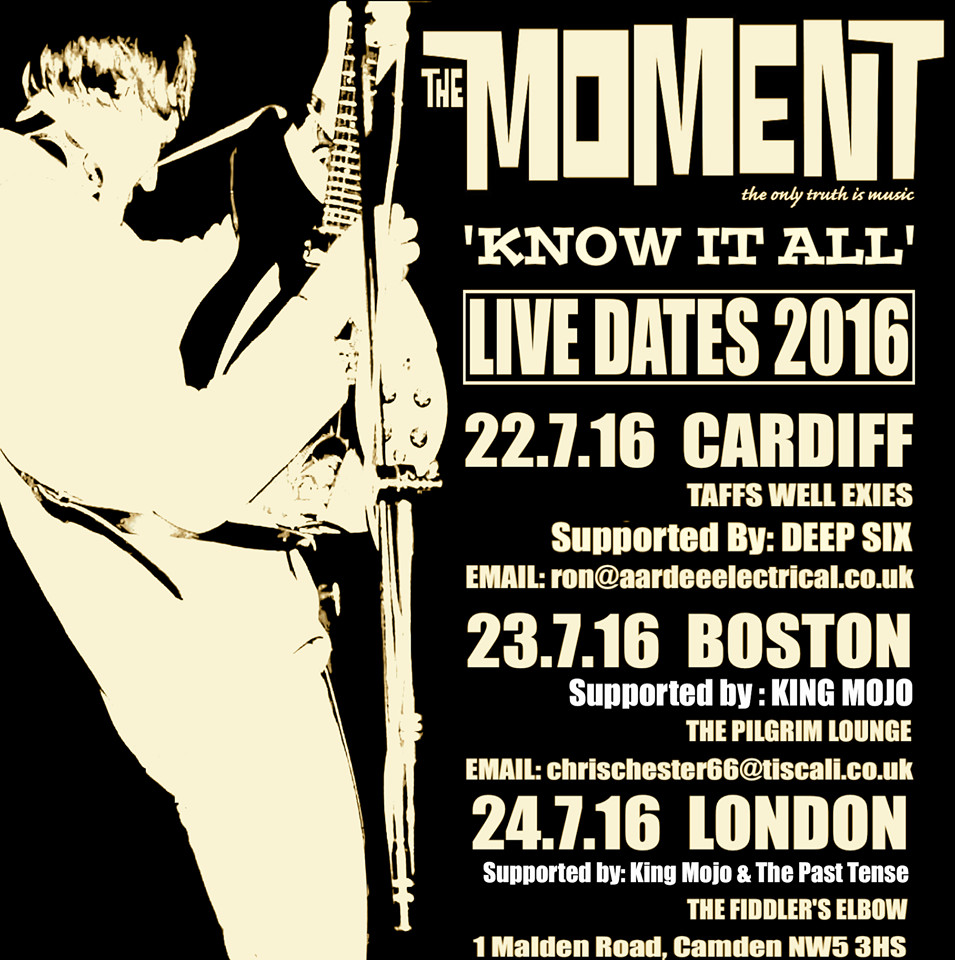 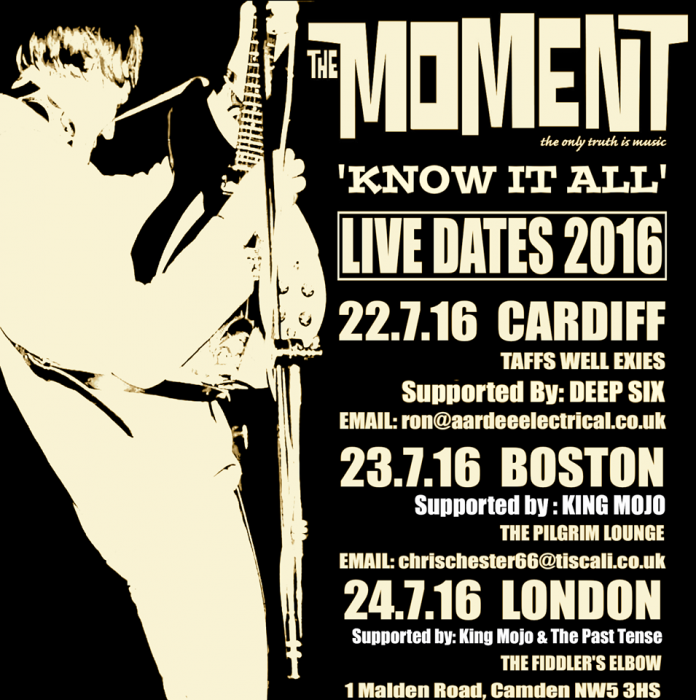 The Moment head out on the road later this month. A mini tour which takes in Boston on the 23rd and London on the 24th. But first up is Cardiff on the 22nd. We speak to, frontman, Adrian Holder about his memories of past Welsh gigs, Brexit and the new 4 track single which is released on August 1st.

LTW: When was the first time you played in Wales. Where was this – and what are your memories of it?

AH: I think the first time the band played in Wales would have been 1985. I think it was a venue called the Cardiff New Ocean Club. Somewhere in or near Cardiff. The club reminded me of one of those 1970s working men’s clubs that were popular at the time. It was a little rundown and of its time – but the gig was special. Although the venue wasn’t full, I can remember there being a good crowd of about 200 young live music lovers. One strange, but true, memory was being challenged to open a box of matches and light one as quick as I could. There was a guy who claimed to drink a pint quicker than I could. He won. We were well received and it marked the beginning of some long friendships between the band and the drinkers from the Cardiff Mod scene. We returned to play the club a few more times during the mid ‘80s.

How has your live audience changed over the years?

I think it’s probably true, that over the years and after a long break before we reformed, our audience hasn’t changed much at all. They have grown older with us. What has surprised me is the number of people who are still enjoying the music, clothes and live bands. This must be the a unique generation in that respect. They appear to have kicked-back against the idea of ageing in a way the establishment might tell them to – and have decided to do it their way. Why not, life can be testing at times and people just want to enjoy themselves in a way they understand and can relate to. They still live in the same old broken Britain as they did in their teens. 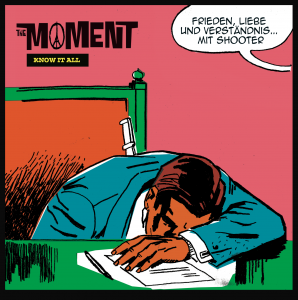 How many songs will be making their live debut?

On this mini tour we will be playing three new songs. Two from the new 4 track CD (Know It All) and one un-played song from our album, The Only Truth Is Music, released last summer. I think it’s important to give people a little of what they might expect to hear when they come to see the band. With that in mind, the set has songs that mark the story of the band from the beginning to the present. We will also hope to be playing the title track from our first album, The Work Gets Done, for the first time in about 30 years.

What are your views on Brexit – especially Wales’ significant leaning towards both Brexit and UKIP?

I was/am gutted and shocked that Wales voted the way it did. I wouldn’t have thought it possible. That said, I can understand why people might want to defeat the government. On a personal level, I am frustrated. As a holder of a British passport, as an individual who might be effected more than most by the result (Adrian lives in Germany), I fail to understand why I didn’t even get a vote. Shame on the government – the expat vote would have changed the result.

Do you think we now have the most right wing government in many years?

Yes, I do. In times of trouble there is always a rise in popularity of the far right. Austerity is a one way street and it’s been on the cards for the last six years. On a lighter note, if we had a news black out – we wouldn’t have to deal with the propaganda and life would go on regardless. Never thought I would agree with the idea that ignorance is bliss, but I might have to have a rethink. After all, the public gets what the public wants… and like he said.

The Facebook page for The Moment can be found here: https://www.facebook.com/theworkgetsdone/

Their recent album, The Only Truth Is Music, and new single/EP, Know It All, – will be available at all gigs.