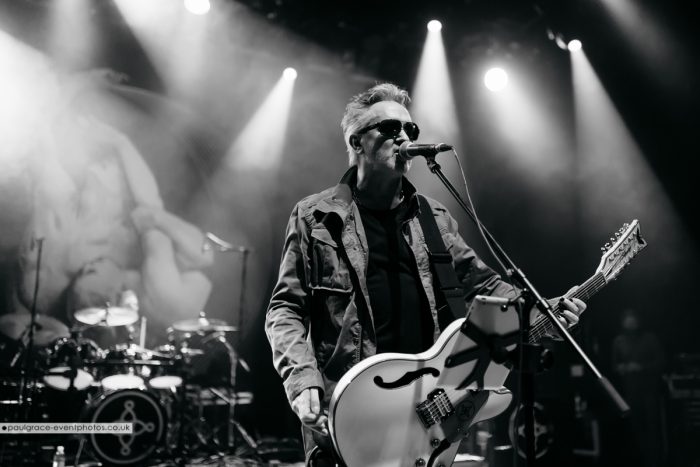 2016 marks the 30th anniversary for goth legends The Mission and they celebrate with a new album and tour. Paul Grace was at the O2 Shepherd’s Bush Empire show to witness an emotional but wonderful trip down memory lane.

For The Mission’s latest album, Another Fall From Grace, front man Wayne Hussey has dealt with lingering ghosts from the past and in turn has created a record which both revisits and embraces the magnificent sound of their early years. The shimmering 12 string guitar, lush pads, majestic chord progressions, that unmistakable dreamy vocal, and a percussion set that would turn even Doktor Avalanche green with envy.

Warm up for tonight’s show is ex-Bauhaus singer and godfather of goth Peter Murphy. His 45 minute folk-goth set is predictably steeped in drama and well received, but I feel would work better in a smaller and more intimate venue.

At 9.15pm the house lights dim and the Mission’s trademark Dambusters theme tune intro fills the room as the band saunter onto stage. The boys are most definitely back in town as they immediately tear into a frenzied ‘Beyond The Pale’ and the rooms explodes in a sea of outstretched arms.

The Mission these days are 3 original members; Wayne Hussey, Craig Adams, Simon Hinkler, along with new drummer Mike Kelly who has been on the scene since 2011. For this tour Evi Vine is on backing vocals, and she does a sterling job tonight adding atmosphere and light, with a haunting  voice which at times echoes ethereal neo-classisists Dead Can Dance. 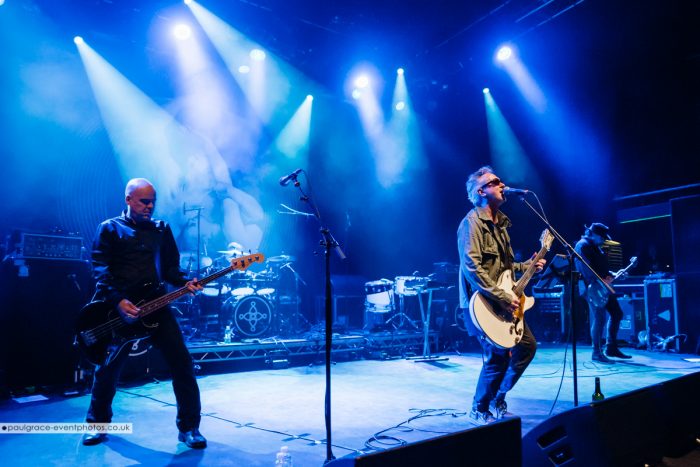 The Mission deliver 2 hours of sheer nostalgia punctuated with the occasional new track from Another Fall From Grace. Wayne Hussey informs us he has a cold and that we have to help him sing. It’s not as if the loyal crowd need any encouragement though as they’re already screaming every word of every song! Part of The Mission’s charm is the fact that, unlike The Sisters before them, they’ve have never taken themselves too seriously, and there have been moments of genuine pantomime hilarity during their 30 year career (‘Serpent’s Kiss’ video anyone???). Tonight they’re once again having a blast and clearly enjoying playing to a very appreciative crowd.

Indeed, there’s something warm and fuzzy about going to a Mission show. It’s like being at home at Christmas and going out with a bunch of mates you haven’t seen all year, but who you’ve known since you were a kid, and you can just be yourself around and have a few drinks and a laugh. Tonight is no exception with the “Missionaries” (affectionate term for their fans) in full celebratory mood; standing on one another’s shoulders and waving huge flags as an overwhelming feeling of love fills the room.

The new tracks sit and flow in perfect harmony with the classics with highlights including the thunderous ‘Serpent’s Kiss’, ‘Blood On The Road’, and of course ‘Wasteland’, during which we’re catapulted back into the original video as a storm of confetti fills the Empire during its chorus. Wonderful. 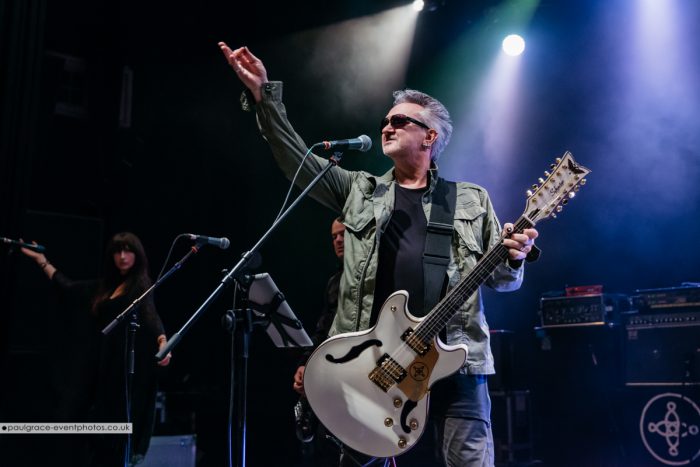 Across 2 encores they treat us to another 7 songs. The funk of ‘The Crystal Ocean’ glides effortlessly into the sombre darkness of ‘Wake (RSV)’ and they finally close with 1990 anthem ‘Deliverance’. Sadly there’s no ‘Shelter From The Storm’ but, hey,  we can’t have everything.

3 decades in and The Mission are sounding as tight as ever. Tonight they well and truly delivered and the love in the room felt by both band and audience was verging on emotional. Here’s to the next decade!