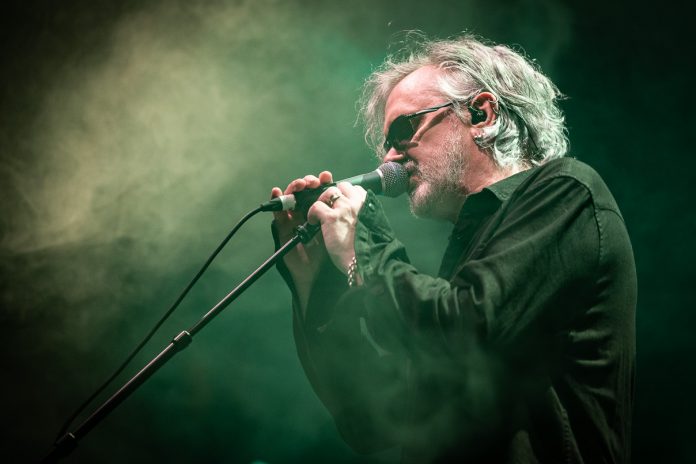 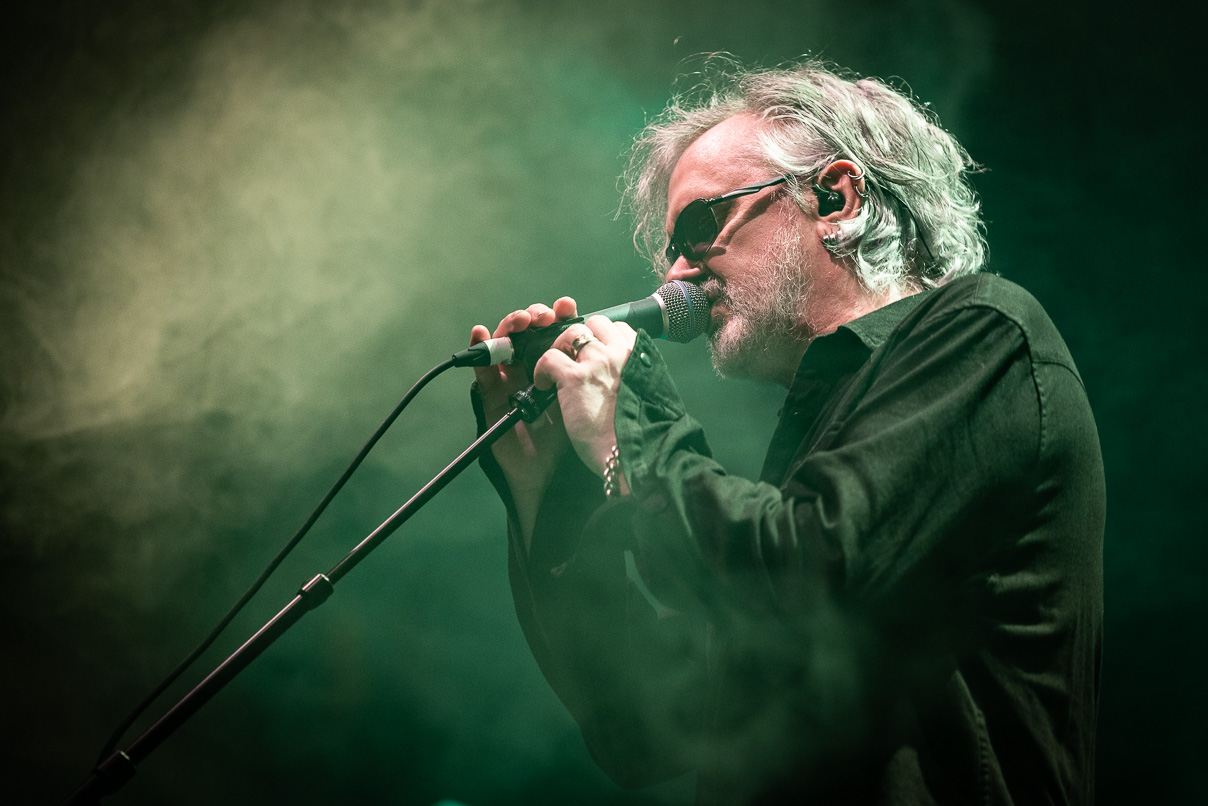 The Mission started their ‘European Party Tour’ two years ago. The customary UK warm-up gigs happened before they headed to Paris. Brexit was casting a huge shadow of uncertainty over touring across the remaining EU countries. The planned return, after a lengthy jaunt across mainland Europe, was a run of UK shows. The grand finale in Leeds was billed as their last show on their final tour. Their plan was cut dramatically short by the pandemic. Lockdowns and restrictions applied across the continent saw them cancel a few dates. Skip forward a couple of years and the renamed Deja Vu tour picked up where its predecessor left off.

The artist line-up for this show remained the same, a crowd-pleasing collection of Leed’s gothic rock history. Salvation and The Rose of Avalanche have a history with The Mission having supported them on earlier tours. This tour was never going to be easy though, and Salvation had to withdraw from the line-up due to illness.

It was left to the hometown boys from The Rose Of Avalanche to open proceedings, and they drew a large audience for a very early Easter Sunday start.  Their set was brief so consisted mainly of their bigger tunes with Too Many Castles In The Sky, L.A. Rain, Always There, and Velveteen being the stand-outs. Always a band who pulled from the same rock roots as many of the 1980s Leeds music scene, they made a perfect opener. 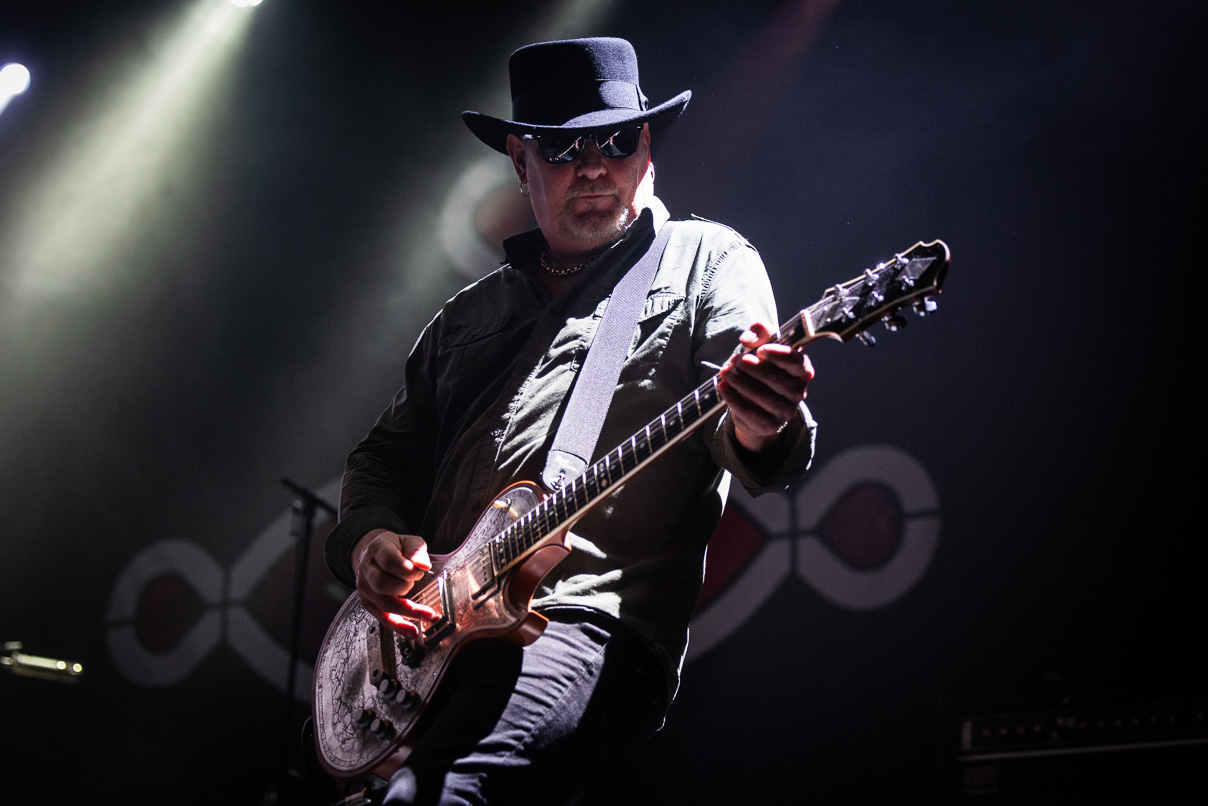 The Mission have always loved a dramatic entrance and they took to the stage to the orchestral strains of Tadeus (1912-1988). The orchestral piece was built to a suitable crescendo and led straight into Beyond The Pale. This was always likely to be a greatest hits set, with the billing as the final tour. So no surprise that the early era classics featured heavily. This certainly didn’t bother the crowd and they sang along and danced away to Hands Across The Ocean, Serpents Kiss, and Severina in the early part of the show.

Wayne Hussey, Craig Adams, and Simon Hinkler all struck their guitar hero poses amongst the swirling haze. They looked to be enjoying the return from the enforced break in this tour. Hussey leads the conversation between songs, encouraging a chant of “Leeds, Leeds Leeds” for Adams. The two later provided a wine review of the reds on offer on the tour. The only line-up change, since the reformation for their 25th Anniversary, saw Alex Baum join on drums to replace Mike Kelly. Hussey introduced him as the youngster of the group and he didn’t miss a beat given the short rehearsal period. 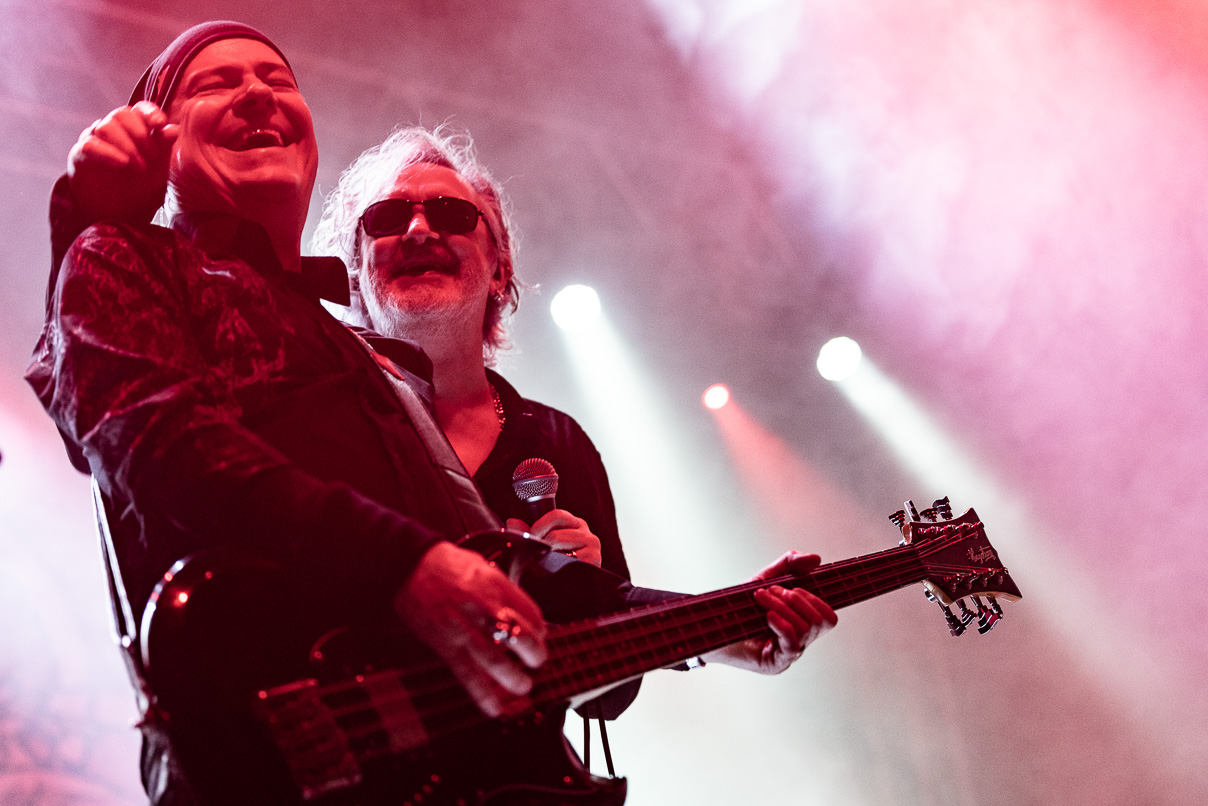 The mid-part of the set saw some songs from the middle period of the band’s catalogue. Afterglow and Grotesque slowed the pace to open the door for Butterfly On A Wheel to reintroduce the greatest hits theme. These slower-paced songs are a nice calm before storm interlude. The opening bars of Wasteland signalled the time for resting was over. The customary confetti shower was released on the first utterance of ‘All over this land….’ as the crowd threw their hands in the air. The anthem, that used to start the sets, has worked its way down the list to become part of the closing barrage. A lull in the middle of Wasteland is sometimes used to tease other songs, with hints of Like A Hurricane and others appearing. The crowd took the chance to reload their hands with the fallen tatters of paper for another confetti barrage. Rumours of a sweepstake abound as the travelling faithful take a guess at how long each nights version will last. 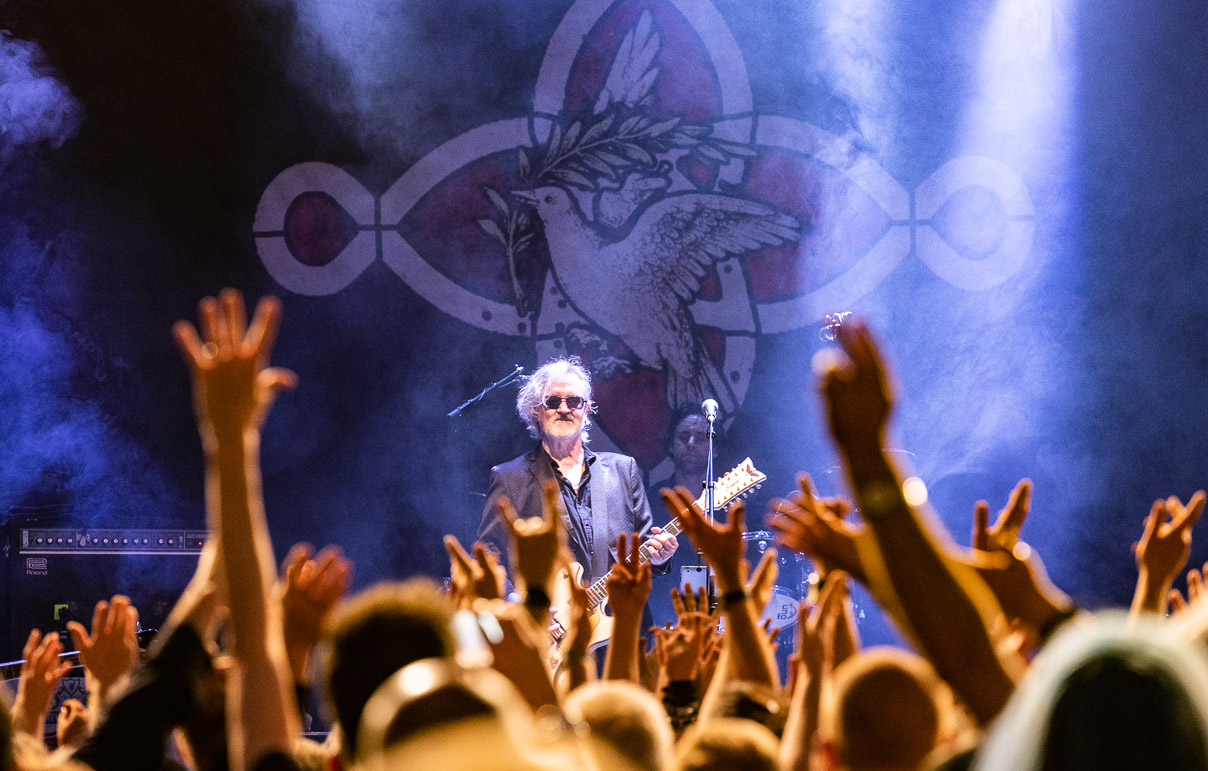 Fans took to their friend’s shoulders as Deliverance closed the set. The crowd echoed every word of the song until the elders of the band departed for a breather. Baum was left, beating a lonely bass drum, as the crowd sang the closing refrain. The beat faded and the singing turned into calls for an immediate return for more.

The Bank Holiday introduced some time pressure due to an early curfew. The encore started with Met-Amor-Phosis, which made an appearance from the bands most recent release Another Fall From Grace. The song’s chorus repeated the title, and talks of age and change. Hussey’s lyrics have grown with him from the hedonism of the early days, to a more refined thoughtful view of the world. Hungry As The Hunter made a welcome appearance and all wistful thoughts of age were forgotten as the crowd bounced off each other in a busy pit.

The night came to a close with fans taking to shoulders and waving flags as the opening beats of Tower Of Strength filled the air. The anthem is perhaps the finest example of what The Mission do best; well-crafted, emotional songs that make you sing your heart out and throw your hands in the air.  It was a fitting close to the night, as it saw a re-release with a cast of artists during the pandemic which so badly interrupted this tour. So there it is the much-delayed conclusion to a tour that took over two years to get this far. The band played most of the same shows, but not necessarily in the same order. This show didn’t have the feel of a band about to drift off into retirement from live performance. It was certainly not the final date of the tour anymore, with a host of festivals and warm-up shows to come this year. In the words of one of the missing cover songs, Tomorrow Never Knows…

Words and photos by Neil Chapman – this is Neil’s first piece of writing for Louder Than War.