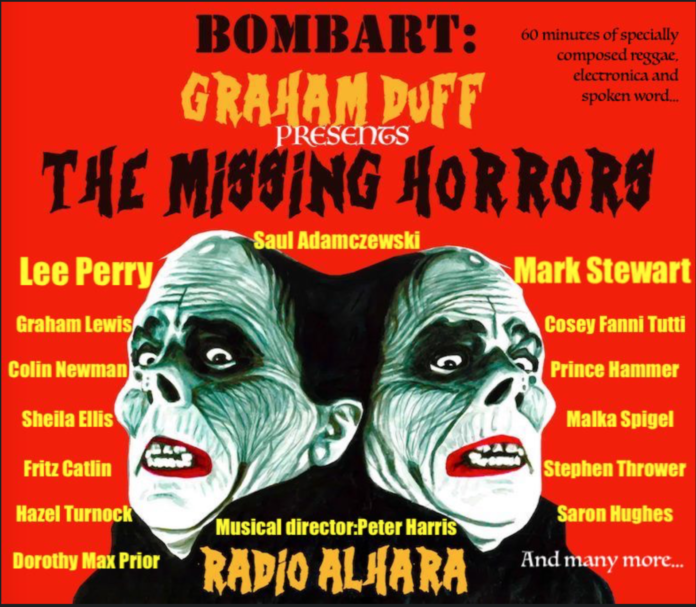 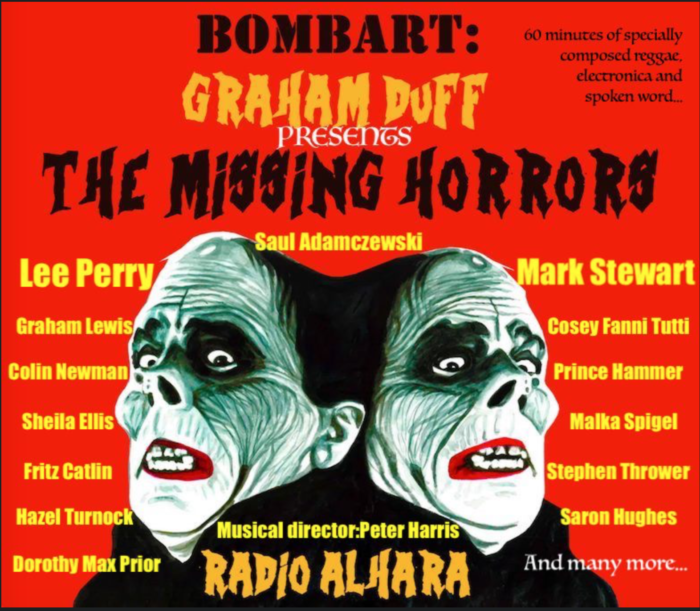 The Missing Horrors is an hour-long sound-work of specially commissioned reggae, electronics and spoken word: all themed around the 29 horror films missing from the vaults.

It includes the final recordings the mighty Lee ‘Scratch’ Perry was working on when he died. Creator Graham Duff who wrote and starred in the brilliant TV series Ideal and books on post punk explains, ‘to hear him singing my words is a profound honour.’
There is also contributions from Cosey Fanni Tutti, Pop Group maverick Mark Stewart, reggae toaster Prince Hammer, Colin Newman and Graham Lewis of Wire, vocalist Sheila Ellis, members of Fat White Family, Minimal Compact, 23 Skidoo, and so many more wonderfully talented and generous singers and players who have contributed to these unique sessions.

It goes out live on Jerusalem’s Radio Alhara this Saturday at 7pm.

Graham adds, ‘It’s taken months of work, but everyone has given their time and energy just for the sheer hell of it. I’ve been truly humbled by the response. Peter Harris: Bombart mastermind and multi-instrumentalist, has assembled these recordings, to create the wildest 60 minutes of music, singing, chanting and spoken word you’re ever likely to hear!’
Graham says “Peter Harris and I are encouraging people who listen and enjoy the show, to donate to The Alpha Institute, who provide young Jamaican kids with a musical education and more.  It was a place close to Lee’s heart”
https://alphaboysschool.org/donate/

This Saturday at 7pm on Radio Alhara: https://linktr.ee/radioalhara