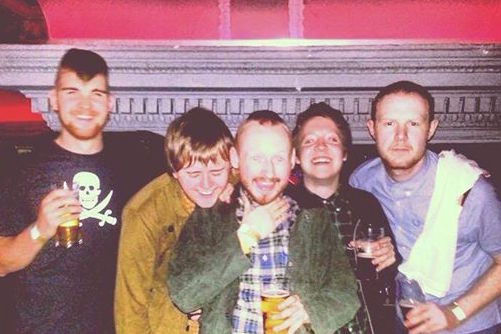 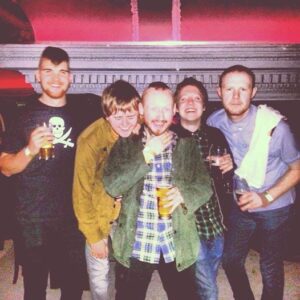 Louder Than War favourite’s The Minx have decided to call it a day.

The five piece from Wythenshawe met through school and managed to retain a vital youthful exuberance throughout their five years together.

They had a loyal local following in Manchester, selling out shows and working their way up to bigger venues with new converts from each gig. They travelled throughout Europe several times, returning to Italy regularly after finding solidarity with the anti-fascist scene. Their singer Chris Haddon was no stranger to taking up Trotsky’s ‘If you cannot convince a fascist, acquaint his head to the pavement’ adage either, which should be applauded in an age where musicians have about as much to say as their press release.

Talks of a posthumous release abound but for now they leave us with this;

It is with great sadness to announce that we will be taking an indefinite break from all things The Minx. The past five years have been nothing short of special for five best mates. Circumstances change, people develop in different ways and in our opinion every band has a shelf life, The Minx is about freshness and vibrancy and we feel now is our time to move on. We’re still the best of friends and that will never change. It’s been bloody great. We would like to thank everybody that has supported us, helped us and put up with us over the years, you’ve made this whole journey fucking top.

The Minx will play one last show at Manchester’s Soup Kitchen on Saturday 31st January 2015. There are only 200 tickets available, you can get them online now. There will be no guest list. We’ll be able to thank you all in person on the night. Have a great Christmas & New Year. See you in January.

It’s the end of the world as we know it, and we feel fine.

Three quarters of the tickets sold out for their final “The End Of The World” show in the 24 hours after this facebook announcement leaving around 60 left … if you’re lucky. Buy them via Ticketline with the show being on 31st January 2015.