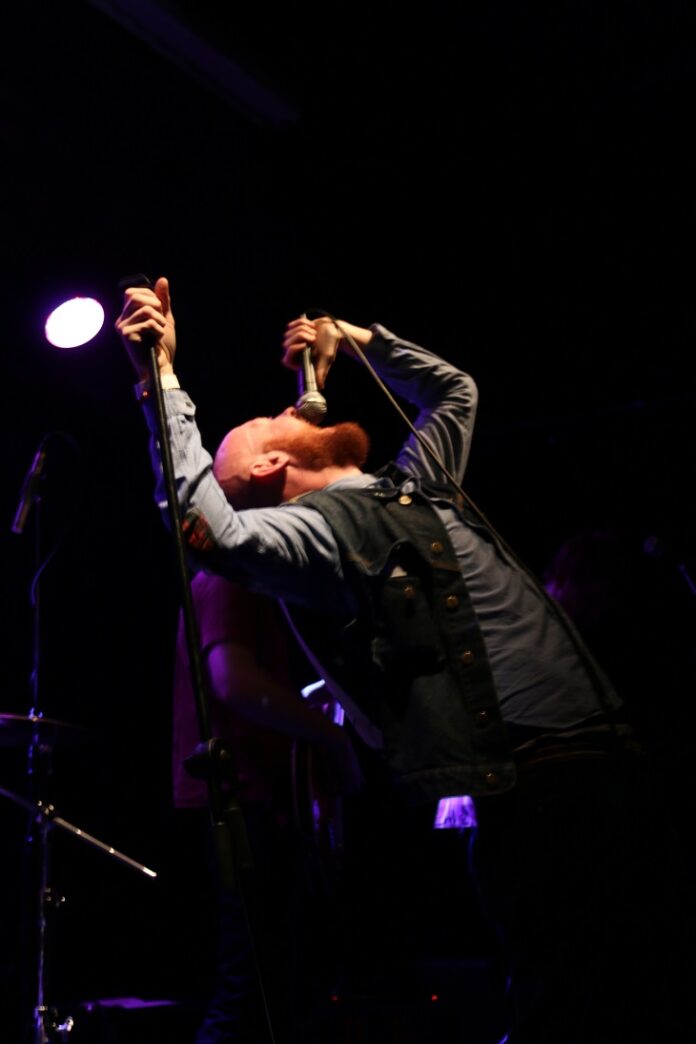 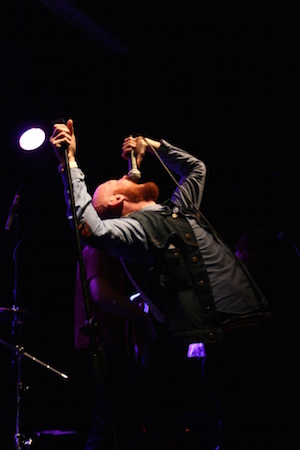 The Minx came to Calder Valley on the back of sell out shows in their native Manchester, and a rip roaring set at the Ramsbottom Festival, so they must have been disappointed that this venue was half full.

In fairness to the Wythenshawe five piece it didn’t show at they ripped into an energetic set full of power pop gems. The star of this show is frontman Chris Haddon who is a born performer, but like proper stars never milks it. He just gets on with throwing guitar shapes and singing his heart out.

The other four aren’t just his backing band, but they clearly prefer to keep it tight letting their bald leader kick out the jams like a motherfucker. Nearly a year of touring with the likes of the Inspiral Carpets shows as they don’t put a foot wrong all night, or let the energy levels drop, from razor sharp opener Out the Other Side right through to Forrest Bank.

It’s worth remember that this lot were playing a pre-match warm up gig outside their beloved Manchester City when they were unceremoniously hauled off stage by killjoy club officials as Haddon was wearing a ‘Johnny fuckin’ Marr’ t-shirt . That might suggest The Minx are mere shock merchants, but they are serious grown ups who give 100% from start to finish.

The key to their success – like all decent bands – is they remember that pop songs need melodies of which they have plenty plus Haddon’s wry lyrics. Their stand out track is the funny Walking On My Grave although their last single No Friends is not far behind.

Yes, there is bit of a Buzzcocks influence – they are Mancs after all – but you could easily make the case for Haddon’s idols The Clash. Those comparisons are selling the lads short as they do have their own sound which is why the keyboards work when they really shouldn’t.

This was the last date of the No Friends tour, but when they get back on the road The Minx are a must see act because they are having as much onstage as their fans are cavorting round the dance floor.