Home News Hardcore News The Minutemen’s Double Nickels On The Dime is 30 This Summer. Read... 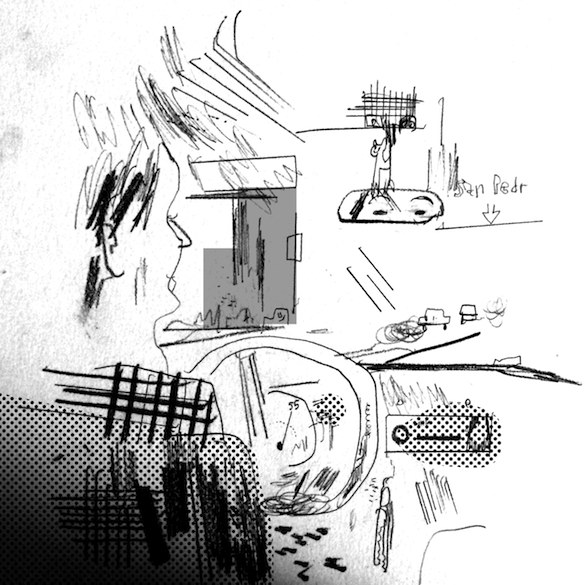 One of the greatest albums of all time, Double Nickels on the Dime, by Minutemen, is thirty years old this summer. To celebrate this momentous occasion there’s a tribute comics anthology being put together illustrating every track on the album. And the good news is that if you want to participate you still may be able too – although you’ll have to act quickly as the deadline for submissions is 5th July. Full details below.

Double Nickels on the Dime was the third studio album by punk trio Minutemen, a band cited as being one of the most influential rock bands of all time. Released on SST Records in 1984 it regularly appears in “greatest album of all time” lists, perhaps most notably in Rolling Stones “500 Greatest albums of all time, and with good reason.

When we recently interviewed Mike Watt, bass player on said album, he said:

“It cost $1100. Me and D. Boon were working in a hamburger place for $1.65 an hour. We did the whole thing in one night, 45 songs. The Hüskers came to town and said they’d done a double album so we said we’d do one too – take that Hüskers! That’s how we inspired each other.”

A double album containing 45 songs it gives people a lot of scope for the project devised by Warren Craghead to celebrate it’s release. Full details about the project can be found on this tumblr: https://bit.ly/Double_Nickels but in brief they are:

Spiel: Base your illustration on a song from “Double Nickels on the Dime.” See track list.  It would be cool to use lyrics as words but we’re not demanding that.

Gig: 2-5 pages (ask me for more if needed),  5.5 x 8.5. in. each, no bleed (leave about 3/8 inch all around) black and white, tones ok. We’ll be printing this “econo” (Minutemen style) so don’t get too fancy. Send me 300 dpi tiffs or jpegs. Dropbox links ok. If you make weird stuff, email me and we’ll figure out how to get it in this thing. There’s room in the van for all kinds of craziness.

Awesome stuff eh? Warren states on the Tumblr that all the songs have been sorted but there may be scope to negotiate something if you have a wizard idea you’d like to see included in it!

Email Warren with any questions / pitches etc on this address: wcraghead@gmail.com.

This project is open to anyone anywhere so feel free to pass it along. The plan is to have the book printed and released at SPX this fall.

As it the Tumblr page announcing the project concludes: