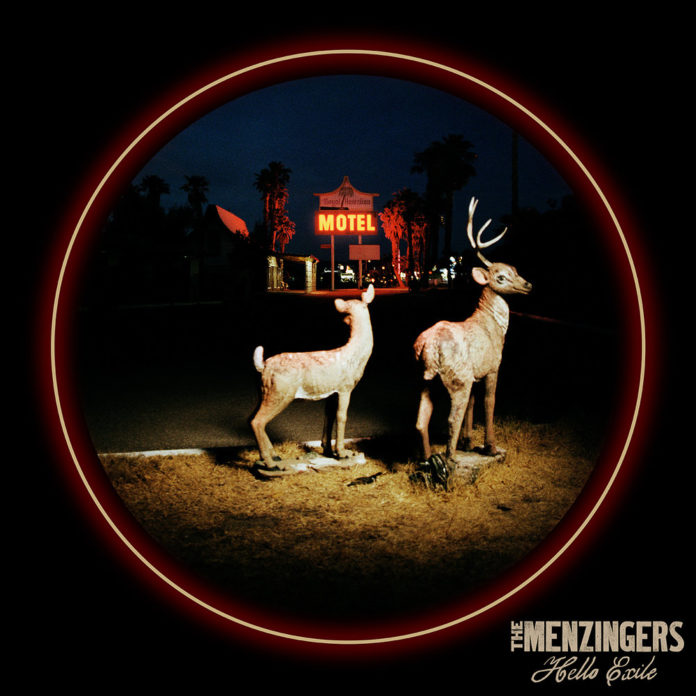 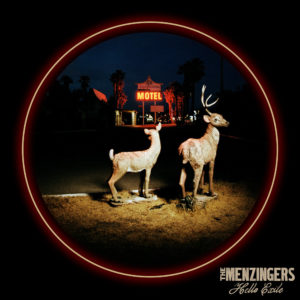 Pensylvainia punks The Menzingers return with sixth album Hello Exile, proving once and for all why they’re one of the most important bands of our generation.

With their first two albums, Pennsylvania four piece The Menzingers established themselves as a tour-de-force of scrappy youthfulness and raw emotion. It was their second three however, On the Impossible Past, Rented World and 2017’s After the Party that asserted the band as major players on the melodic punk scene.

Perhaps not so much a deliberate trilogy but spend a little time with all three of these records and recurring lyrics, characters and themes all slowly present themselves while offering a view in to the maturing process of not just the band, but the members themselves. Culminating in the incendiary After the Party, it’s this record that poses the question Hello Exile answers: Where we gonna go now that our twenties are over?

Somewhat fittingly, Hello Exile feels mellower than previous offerings. While emotional transparency has always been part of the band’s inherent appeal, with the angst and the anger dialled back, it’s never been more resonant nor more introspective. ‘I Can’t Stop Drinking’ for instance, is the perfect antithesis to After the Party’s shanty like ‘Bars’, while recent single ‘Strangers Forever’ muses on past  relationships while eschewing the bitterness that similar songs from lesser bands might harbour – opting instead to approach such a narrative with mature resignation.

Of course, it wouldn’t be a Menzingers record without a certain degree of anger and anxiety, and much like After the Party before it, Hello Exile wastes no time in making it known. ‘America (You’re Freaking Me Out)’ kicks things off with a balancing act of the two – musing on their own personal future in an America, and indeed a world, wracked with uncertainty, while offering their own ire at the current political climate.

At its heart however, Hello Exile feels like a celebration. A celebration of life, its good and its bad. Of making it past your twenties and now asking yourself “How do I steer my early 30s/Before I shipwreck, before I’m 40”. And though The Menzingers might well be older, mellower, and even more mature than previously, in theory, so are we, and you can bet that their own anxieties and insecurities are still much the same as ours.

Therein lies the band’s inherent appeal. They’re not the voice of a disenfranchised youth, they’re the voice of us. And while many of us don’t need representation in that traditional sense, to hear such grievances, such anxieties being aired in a way that feels both deeply personal and utterly universal, makes The Menzingers one of the most vital bands of our generation.