Home Music Bands The Men That Will Not Be Blamed For Nothing: Fulford Arms, York... 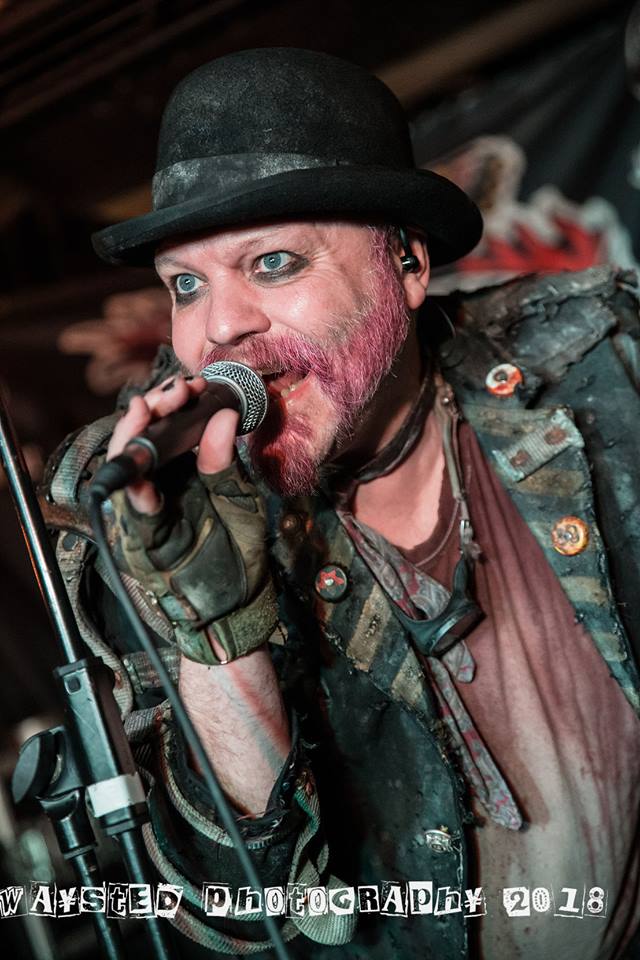 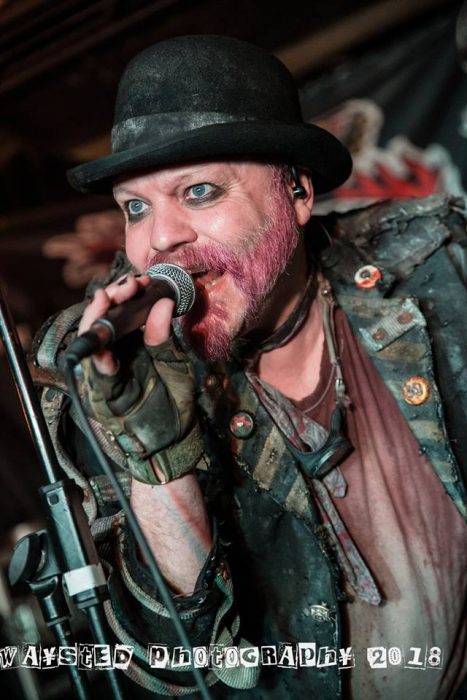 The Men That Will Not Be Blamed For Nothing from old London town put the punk into steam and maybe number one in a field of one. It’s always been there but tonight as they lay waste to the Railway Museum city of York the contemporary parallels in just about every song seem just that little bit more urgent. A combination of elements which when ignited by their anarchic sensibility give rise to something so genuinely unique that maybe they are not that keen on steam.

Doing a quick bit of pre gig line up revision I ended up with the words comedy, illness and comedy next to the names of the respective front three of the band. This seems down to guitarist Andrew O’Neill and bassist Marc Burrows moonlighting jobs and vocalist Andy Heintz’s fight with cancer but on paper reads as an extremely succinct appraisal of the bands lyrical output. That level of brevity isn’t permissible so its lucky that the Grammar Gestapo baiting new Double Negative album is given a comprehensive airing and has plenty to get stuck into.

Supply and Demand’s paean to the work of Burke and Hare charges out of the blocks in a manner reminiscent of the underrated wit and provocation provided by The Blood in the last millennium. To say humour in music has a chequered history would be an understatement but the Men have a hit rate of satire and intelligence which has sometimes overshadowed the songs. With the cockney knees up and music hall numbers being given a rest on this album the likes of Baby Farmer have an ominous quality that seems new. 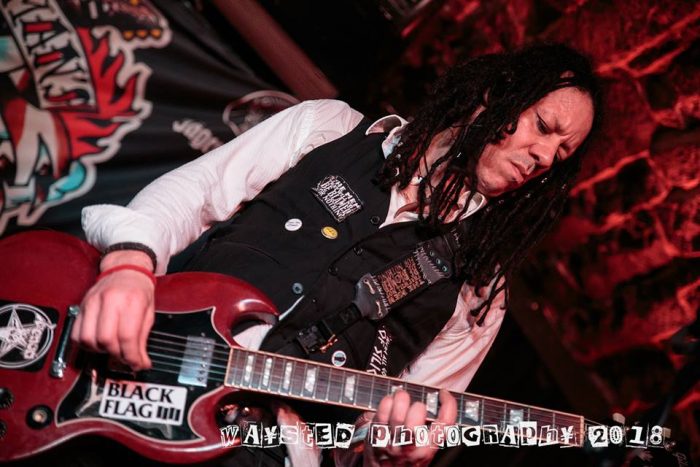 Zombies were funny but the story of a woman who drowned babies in the Thames was either impossible to play for laughs or the despair which seems to have permeated every corner of the globe means it wasn’t on. Either way its metal under garments and guitar squiggles suit it perfectly. Bits of the more metal numbers can be a little Maiden but when they get the balance right like on a massive Hidden they turn the Fulford Arms into a Hellfire Club for the night. Albeit one more likely to be recording Doctor Who for when they get home.

Never fear gag fans because there was a right rib tickler in the shape of Obscene Fucking Machine to savour. Surely the most fun with your clothes on of a Saturday evening is standing in a pub bellowing “He’s a big fat fucking machine and he’s next in line to the throne” into a stranger’s face? That this conjures up a vision of the future King Edward VII at it in a specially constructed device nearly as unpleasant as middle England’s favourite serial killers wedding in a couple of months’ time. Talking of which blaming the Royals for Jack the Ripper is one of the barking theories that’s gets short shrift to a punk rock beat in Occam’s Razor.

They remain a striking looking bunch that with mike stand impersonations of Rod Hull’s demise and the possibility of Marie Curie glow in the dark tee shirts retain the playfulness of a band that feel at home on stage. It only ever took a bit of imagination to translate a song like Miner into the Amazon sweat shops but it all felt more prescient tonight. Unlike a lot of protest singers their genuinely left field stance doesn’t want to get you back down the pits while Third Class Coffin condenses their entire oeuvre into one superb tragicomic song. 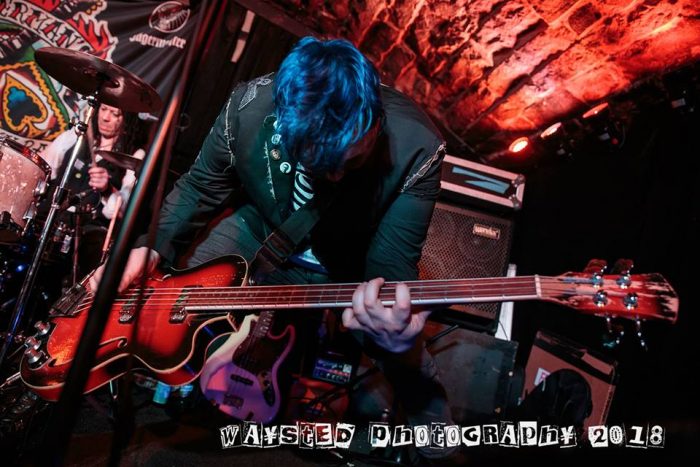 O’Neill draws attention to the bands preoccupation with death but from this raw material they manage to conjure up something splendidly life affirming. Ironically as I retire for the night to York’s ‘most haunted pub’ and a place where the bodies of the hanged were kept in the cellar until retrieved by relatives a “No Gods, No Ghosts, No Afterlife” singalong was ringing around my head. I fell asleep with a vision of the Men blowing full time Victorian role player Jacob Rees-Mogg’s top hat wearing head clean off. Huzzah as they would rather you didn’t shout.

Photos taken at the Bannermans gig on the same tour.