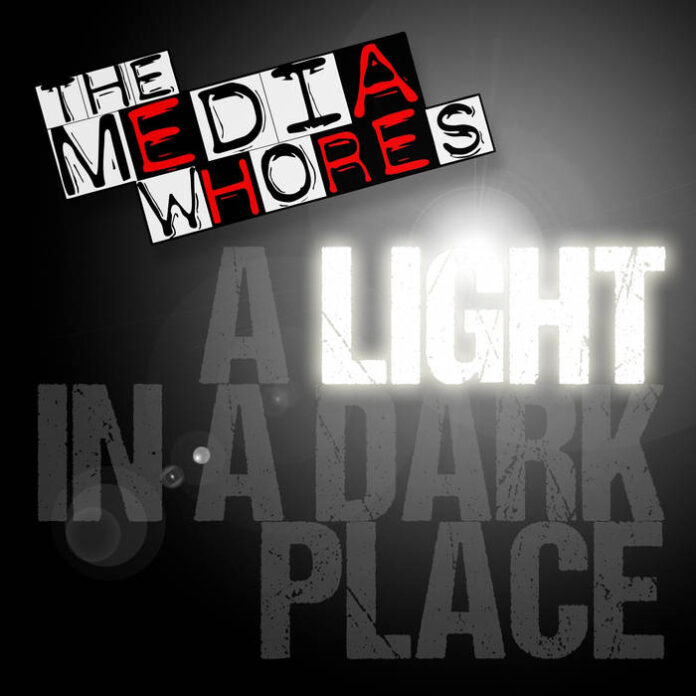 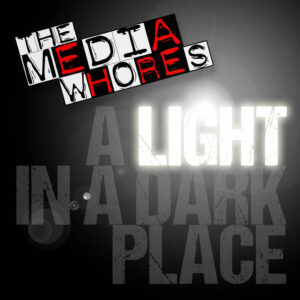 The Media Whores: A Light in a Dark Place

CD/DL (Vinyl later in the year)

If you want a taste of what REAL punk is all about in 21st century Cruel Britannia, there is only one album you need to buy this year. A Light in a Dark Place from Falkirk’s The Media Whores covers all bases. It is forthrightly audacious and brazen in it’s  delivery, both lyrically and musically. This will unabashedly be the most essential punk release of 2021.

Ever get the feeling you’ve been cheated?

We live in a world where Johnny Rotten continues his mission to make himself even more irrelevant. He sneers and whinges his way further to the right, pissing all over the legacy of the Sex Pistols, while record labels try to wring every last penny from gullible completists by re-re-re-releasing every version of every song from their back catalogue. if they released an album of Lydon farting in his sleep someone would buy it.

Meanwhile, in deepest darkest Stirlingshire, The Media Whores quietly strive to be the most relevant punk band for the 21st Century. Releasing their fourth studio album (5th if you count their Decade of Defiance compilation) picking off their targets one by one in the indomitably recalcitrant and intelligent manner we have become used to from this vital band who have more punk credentials in their little fingers than Lydon could muster in his entire body. If he even tried.

A Light in a Dark Place

While others are content to leave their politics at the door, arguing that “punk isn’t about politics”. Eh?. The Media Whores make no apologies for placing politics front and centre of their agenda. Be in no doubt about what makes this band tick. Probably immediately dismissed by many “punks” as they don’t conform to the comic book punk uniform, all the tired “punk by numbers” lyrical references and anarchy clichés. Living up to their album title, A Light in a Dark Place is exactly what they are.

As well as shining a light on some contentious topics in this post-Brexit, post-Trump, post(ish) COVID broken world, this album is a breath of fresh air. They bring forward their forthright and fresh views on the issues of our times sound-tracked by their own uniquely urgent and fractious blend of melodic punk rock.

If you know of the band already, some of the songs will be familiar. The likes of Big Pharma and Money already live favourites and having appeared on the Decade of Defiance compilation. The latter coining the legend that appeared on the cover of that album “Stop Making Stupid People Famous”. Just a quick scan of the remaining 11 song titles on the album gives an idea of some of the themes on this album – Cruel Britannia, The Bulldog Bites Back, Consumerism is the King – each one hitting the bullseye in terms of nailing the theme lyrically.

There is absolutely no filler on this album. The Media Whores don’t miss an opportunity (or a target), with acutely considered lyrics written with the ability to provoke thought every single time, the lyrical intentions given an unrestrained power through the deliberate and clear-sighted musical arrangements.

Perhaps it is because of the acute observations in the lyrics which are so relevant regarding the times we are currently living in, or maybe it is just because they write addictively intense and memorable tunes, but A Light in the Dark, could well be the band’s strongest album to date.

Brim-full of bristling attitude. Packing the undeniable ability to sucker punch the listener. Crammed with compelling melodies. THIS is what punk is all about.