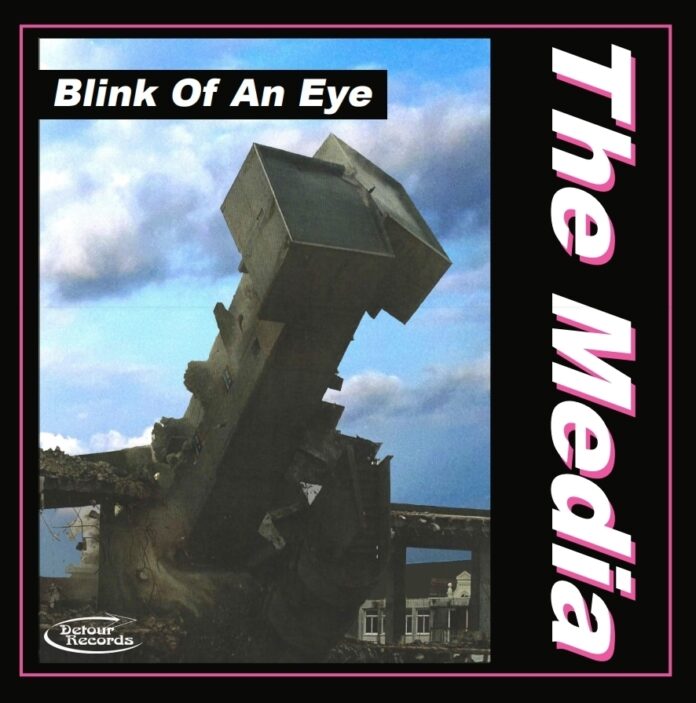 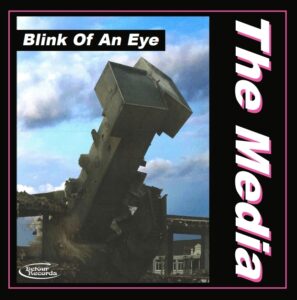 The Media – Blink of An Eye  (Detour Records)

The Media have released Blink Of An Eye, their second album in a couple of years on Detour Records.

The Portsmouth based band reformed in 2019 after nearly 40 years, releasing their ‘debut’ album, Bright New Future in 2020; consisting of tracks originally recorded in 1979 and 1980. Rather than rest on their laurels we now have Blink Of An Eye. All new material, written and recorded by the original line-up.

In the press release it says, “trust us, it sounds like it was recorded at the same time as the 1979s recordings.” It absolutely does, to the point if it wasn’t for the mention of Instagram in the opening track, My Life, I would have been transported back in my teenage bedroom surrounded by Subbuteo; and with walls adorned by Debbie Harry and Ray Wilkins.

Reading the back story it would unfair to dismiss them as ‘also rans’, they were more contenders. In truth it’s all a bit sliding doors really. Clearly the band have a bit of talent and could easily find themselves mentioned with other similar acts of the era, such as Secret Affair, The Vapours, The Pinkees etc. The Media released 2 singles and featured in an early Phil Redmond ‘youth’ TV Series, Going Out (fondly remembered by some but not as celebrated as Grange Hill or Brookside which had come before and after). Sadly, as many bands of the era, despite a growing fan base but no big label backing, they split up. 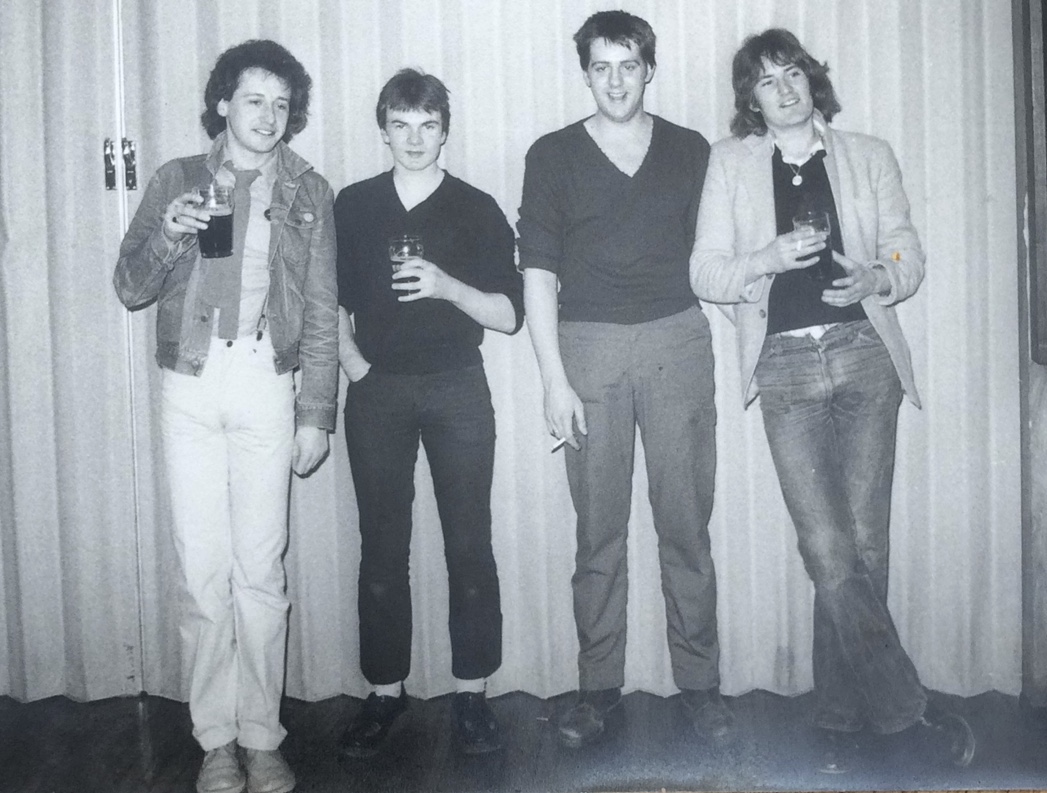 The Media openly admit to their influences, with many of the songs being reminiscent of the then contemporary acts such as, The Jam and Buzzcocks, alongside their influences The Kinks, The Small Faces, The Who. My personal highlight of the album however is the Glam influenced stomper Judy Punk Rocker, which immediately brings to mind the unholy trinity of The Sweet, Glitter Band and The Wombles.

Whilst this release from The Media has niche appeal and realistically won’t storm the charts it’s a solid collection of songs. I can imagine the band going down well at Punk/Mod festivals/gatherings and picking up a few new fans along the way.

I sat down with front man Martin Jack’s to chat about The Media, their reunion and the album

I/we met up at the end 2018 to discuss an offer made by Love Child records who had asked if we had any unreleased studio recorded music. We did! After some digging around in lofts original master tapes recorded between 1979 and 1980 were found.

The idea back then was to make an album we had previously released on EP and single.  Also had made a TV appearance on Southern TV in teen drama called ‘Going Out’. The money we made from the TV work was used to make the recordings.  Sadly The Media broke up before we got it done.

It was the first time we had all met up since around 1985 and had a few beers, a good evening and agreed to let Love Child make the compilation Album.  We met a few times to agree the track listings and art work.  It was at one of these meetings we agreed it might be a laugh to practice.  So a date was set for the first practice and it went well!

LTW: What had you all been up to over the years? Were any of you still involved in music?

Both Pete and myself had not played in a band or done anything to do with music in nearly forty years. Brian and Chello had remained active in different bands in the Portsmouth area.  They were key to pulling the songs together.  Pete had been a bedroom musician for 40 years and I had not sung anything other than along to records.

LTW: Did if feel quite natural to be playing together?

It was a challenge but after a while it started to fit, we all enjoyed it and we decided to do a gig. What was different was we were all much older, wiser and still all got on.  It was fun!

I had moved away so was the hardest to find at the beginning.  Brian and Chello had always kept in touch with each other.  Pete was not in their circle but they managed to track us both down for the Love Child Record meetings, then arranged the practice room. During practice Chello suggested we get a Saxophone in the line up, which we agreed to trial and so Guy joined us.

We have all known each other from about 15/16 years old.  The band was started with me and Pete, then we talked Chello away from another band and we heard Brian had a Drum kit.  We all shared the same liking of 1960’s Beat Bands, Glam Rock and then Punk.It was Punk that gave us the idea we could be a Band, Pete wrote the songs and I wrote the lyrics, as I would be the one singing them.

LTW: What did it feel playing in front of a crowd again

So jump 40 ish years on and we were back together and booked a gig at The Sunshine Inn that used to be our local before we all moved away. At the first Gig both me and Pete were terrified but once we got going the nerves disappeared and I thought it strange that people sang along to some of the songs especially as they’d not heard them for years.  It went so well we booked a club in Southsea (Portsmouth) to do another Gig a few months later, we played support for Penetration at the Wedgewood Rooms.  Also booked another later in the year at another venue in Southsea with our new mates Paul Groovie and the Pop Art Experience.

All went well, a great night was had by all and then along came COVID.

Portsmouth and Southsea have a good local band scene and back in 1981 a compilation called ‘South Specific’ was reissued with bonus tracks and feature a lot of the working bands currently playing.  We had two tracks on the original 1981 Album – ‘My Life’ and ‘Judy Punk Rocker’.  We also had two tracks on the current band disc ‘Mulberry Lane’ and ‘Mind’.

Our Next Gig is 24th July 2021 with another local band Acid Attack.  Next is the long delayed South Specific Gig at the Wedgewood Rooms 14th August 2021 and after that the Victorious Festival in Southsea 28th August 2021.  So hopefully people and bands will again come together for a good time.

LTW: How did the deal with Detour come about?

Dizzy Holmes at Detour Records had many years ago released a compilation of Mod Band and included our song ‘Back to the Beach Again’.  We approached him with the album demos which he loved and offered to put it out on all the usual platforms/format.  The album was recorded in-between lock downs in 2020 and 2021 at Blacksmith Studios Portsmouth.

LTW: It’s got a late 70’s / early 80’s sound but with songs firmly set in the ‘now’; was it deliberate to juxtapose the two?

The sound is pretty much how we always played.  The sax is new but we followed on from where we left off in the early 1980’s. Pete had a lot of tunes/ideas and I had poetry that I’d written over the years.  It just come out, we didn’t decide on a style or sound, we just played how we play.  Like I say we pretty much all like the same things having grown up in the 1960’s and 1970’s and been a Punk band with those times in mind I guesss when you hear the original recording of ‘My Life’ its alot more basic and I updated the lyric in the verse to make it more relavant.

LTW: What are your hopes for the album?

But who knows! if you remember the TV series ‘Last of the Summer Wine’ then I guess that’s where we are.  A bunch of old blokes having a laugh and enjoying the wine.

And don’t forget ‘It all went by in the Blink of an Eye’. 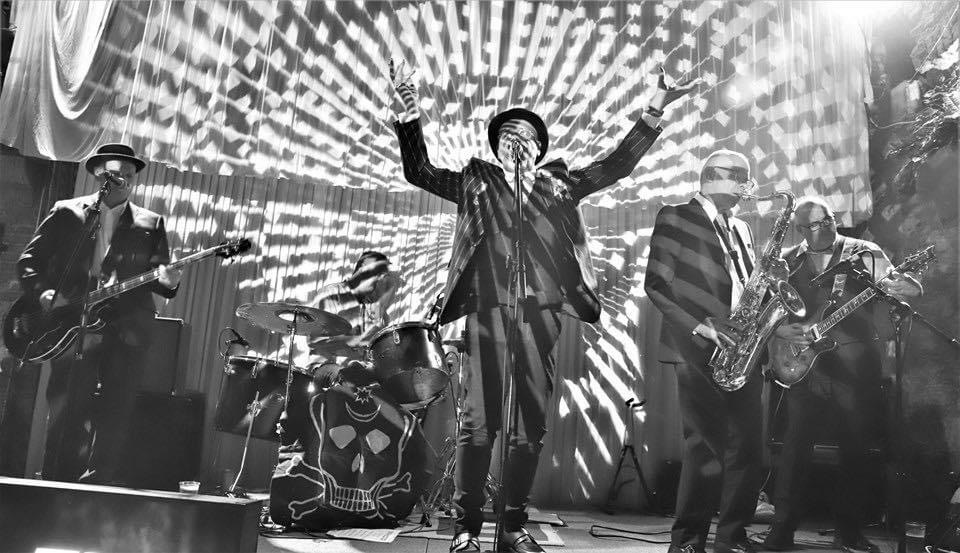