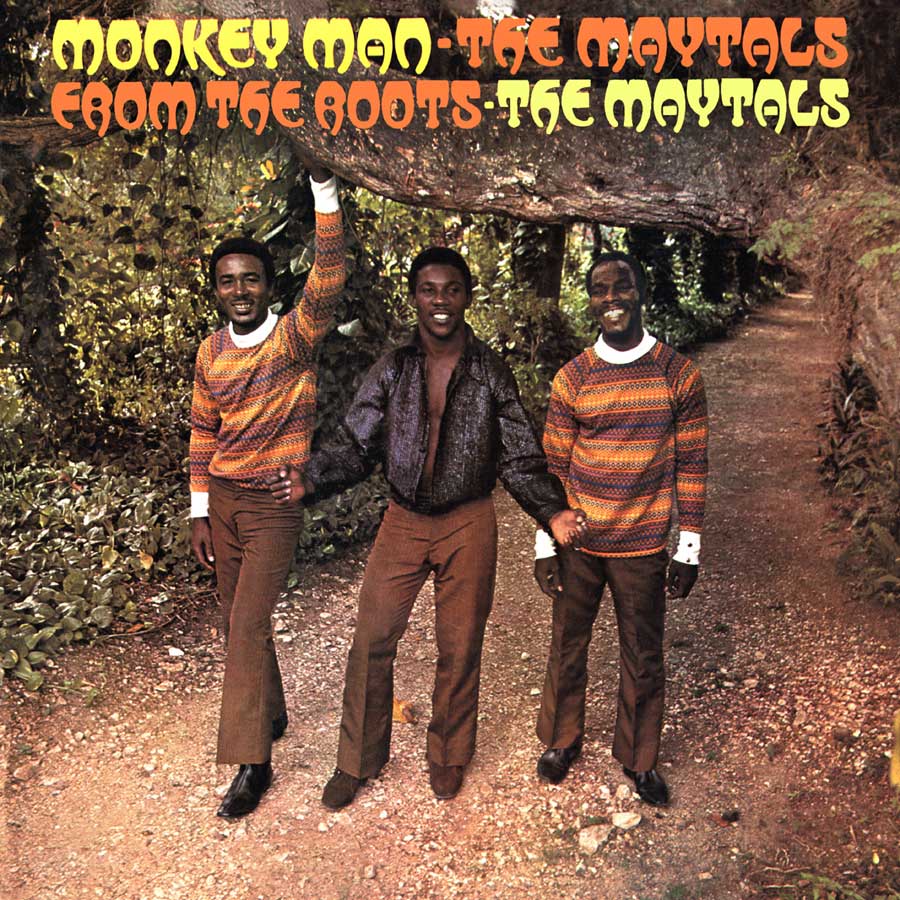 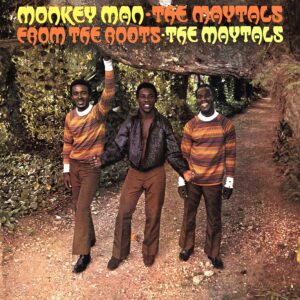 Twofer bringing together a pair of Maytals albums from the early 70s, plus three alternative versions of their popular tracks Monkey Man, She’s My Scorcher and African Doctor….LTW’s Ian Canty examines his trusty barometer and feels the pressure drop……

In a land seemingly awash with three piece vocal groups, the Maytals’ talent, hard work and persistence paid off, as they became probably the longest running and most successful of all those kind of outfits operating in Jamaica. Forming way back in 1962 when band leader Frederick “Toots” Hibbert teamed up with Raleigh Gordon and Jerry Mathias, their first big success was 54-46 (That’s My Number), penned when Toots was brief banged up in prison (there is some dispute why he was there, with Toots claiming he was bailing out a friend when arrested). After his release from gaol (and the usual spin around the island’s chief record producers in their early years), they settled down to record with Leslie Kong and his Beverley label. Kong was on a hot run which would see him gain prominence through the original Reggae period, right up until his premature death in 1971.

The Maytals quickly cut a number of hits on the Beverley imprint, including Do The Reggay, which ushered in the usage of the term. By the turn of the decade they were at their peak and in Hibbert they had a natural frontman with a soulful and unusual voice, plus a marked talent for songwriting. A lot of the Maytals’ contemporaries found inspiration in their styles of the hugely popular US Soul stars from just across the water – nothing wrong with that at all, but for me Toot’s voice always felt authentically Jamaican, which gave the Maytals an edge on the competition.

By the time of the first album here Monkey Man (their fourth album in total), the Maytals’ star had never been higher. The single of the same name was a big seller, just missing out of the UK Top 40 and has gone down as a Reggae classic. This off-kilter song and the band’s manic performance perfectly catered for the new breed of Reggae fan and the market that was being opened up in the UK. Monkey Man went onto be memorably covered by the Specials on their debut LP 10 years later. The Maytals had definitely made their mark on these shores.

For the album that was quickly released in its wake, they came up trumps again with Pressure Drop, with that famous hummed refrain. The Maytals featured in the film The Harder They Come singing it and of course the Clash did their version on the flipside of their English Civil War single. So with two actual stone-cold Reggae classics aboard, how could Monkey Man go wrong? The answer was it didn’t, being a very enjoyable record from start to finish and a big seller for Trojan in the UK too.

Away from those two, Sun, Moon And Star exemplifies the Maytals’ strength in always being in accord vocally and there are nice little touches in and out from Winston Wright’s organ. They cover John Lennon’s Give Peace A Chance, using just a tad of the original, before equipping it with full-on Reggae Power. Revival Reggae and Bla Bla Bla are very danceable, with that gruffness that was the base of Toots’ voice used to dramatic effect on the latter. African Doctor (aka Doctor Lester, this one also featured as a bonus track, an alternate take which has perhaps a little clearer sound) has a nice whistling riff – it was these simple instrumental touches from Kong’s studio band that gave the Maytals a distinctive flavour, nearly as much as their vocal smarts.

Another album track that saw single release was She’s My Scorcher (also included as an alternative mix bonus, again the sound seems a little sharper), a relaxed Reggae love song with a great groove. The Preacher and I Shall Be Free are much more Rhythm And Blues than Reggae, with the Gospel influence that was never too far away from Toots and Co. I Shall be Free is particularly fine, with Toots taking centre stage and making it a genuine piece of Jamaican Soul Music. It draws the Monkey Man album to a lovely close and although pieced together from various sources (some tracks had appeared on previous album Sweet And Dandy and others had been out as singles) it forms a pleasing whole.

Recorded at around roughly the same time as the tracks of the Monkey Man LP, From The Roots did not emerge until three years later. That it came out sounding reasonably fresh just served to prove how ahead of the field the Maytals were. By this time though the band had signed to Chris Blackwell’s Island Records and had toured Europe to much acclaim. Trojan, who had issued the band’s Beverley-recorded material in the UK, rush released some of their old single sides in the form of From The Roots to cash in on this blaze of publicity.

Though Reggae had changed considerably in the years between 70 and 73, a good tune well sung never goes out of style. Starting out with the wild Pee Pee Cluck Cluck, which put me in mind of their Club Ska 67 classic Broadway Jungle (recorded under the name the Flames), this album was another quality selection box. Toots is at his devotional best on the moving Nine O’Clock and the other Maytals do a marvellous comic turn with their backing vocals on Got To Feel (It). All the voices on Know Me Good are so perfectly judged, there’s a real vulnerability here that is endlessly appealing. A ghostly organ and “tin can” drum sound bolster Thy Kingdom Come and One Eye Enos might be a retake of their Ska era record It’s You, but would get the dead up dancing! Through necessity this LP was put together in a piecemeal fashion and probably sounded a little outmoded in 1973, but now such considerations are well and truly in the past this is another great selection from the Maytals’ back pages.

Though the original Toots and the Maytals split up in 1981, there have been reformations over the years. It is heartening to see that Toots has returned to performing after a nasty incident in 2013 when he was hit by a bottle on stage in the US. There are upcoming dates in the UK this October – I very much hope to catch them in Bournemouth. In the meantime this reissue is a great compendium of their work during Reggae’s original burst of creativity. It is hardly surprising the Maytals were leading the way in 1970, as they had everything going for them – a talented, in-house songsmith who was also a distinctive lead singer, fine backing vocalists and Kong marshalling his musicians admirably. It is a joy to hear them in full flight on Monkey Man/From The Roots.