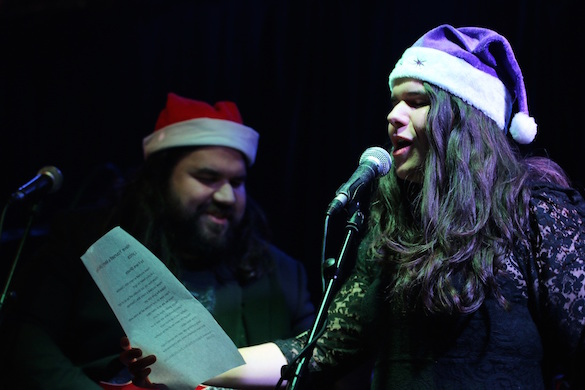 Beardy and feeling somewhat seasonal, The Magic Numbers take to the stage at Hebden Bridge Trades Club for a suitably festive show. Louder Than War’s  Paul Clarke was there.

Well, this was a pleasant surprise and that word sort of sums up The Magic Numbers approach to pop music. 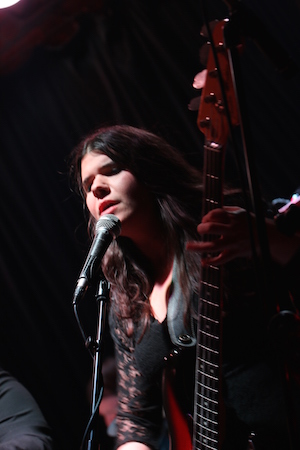 If you are looking for a band that is seeking to change the musical landscape then this affable lot aren’t for you, but people came tonight to see a band that really understands the power of a well-crafted tune.

There might have been a clue to what sort gig it was going to be when you clocked the big Xmas tree stage left and then the band wandered on in Santa hats launching into a charmingly ramshackle version of Have Yourself A Merry Christmas.

The Magic Numbers shtick when they garnering Mercury Prize nominations a decade ago was that they were actually two sets of siblings – Romeo and Michelle Stoddard joining forces with their former next door neighbours Angela and Sean Gannon.

There is always a spooky vocal chemistry between siblings demonstrated by the Stoddards on the aspiring pop classic Roy Orbison from their underrated comeback album Alias. But they have a secret weapon in Angela’s equally strong voice which when it meshes with the Stoddards shows why this gig was sold out.

Romeo’s sense of pop dynamics was recalled as they romped through their breakthrough single Forever Lost which sounded as good as ever, and they really wigged out Grateful Dead stylee during Shot In The Dark.  Given how much hair this band has it seemed somehow appropriate. 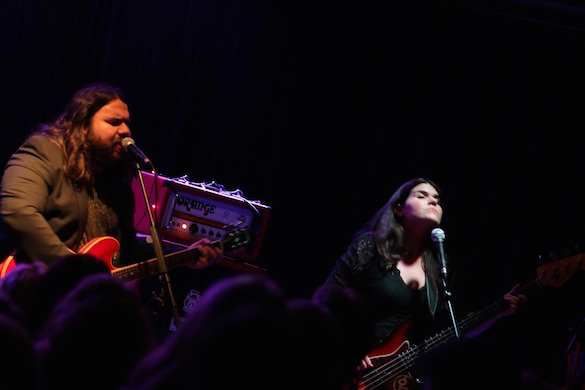 Angela took lead vocals on a powerful Thought I Wasn’t Real,  and old fave Wheels of Fire morphed into a jolly, but slightly pointless, cover of Fairytale of New York.  This was now very much a Christmas show.

When they are all so nice and engaging it is easy to dismiss them as a bit fluffy,  but their new misanthropic yuletide single I Don’t Care If It Is Christmas jolted the crowd out of any complacency. Romeo was hoping it might be his pension plan, but I don’t think Noddy Holder needs to lose any sleep.

Having a pop at The Magic Numbers would be like kicking a puppy – momentarily satisfying perhaps, but very, very wrong. Sometimes nice works, but only if a band has a decent ear for a melody which this lot have in spades.