Home Blogs The Lurkers: Nearly Home rush released as a single and climbs the... 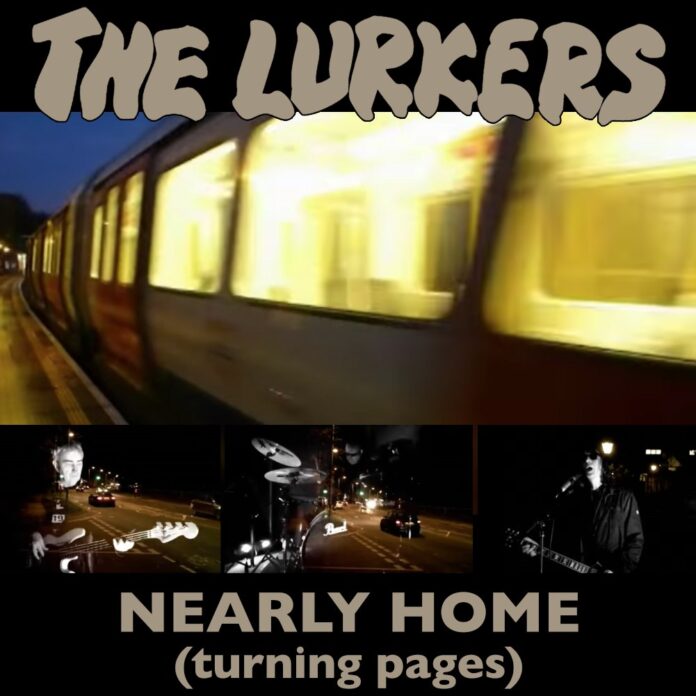 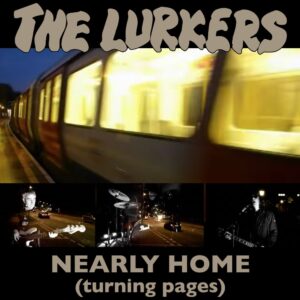 The Lurkers: Nearly Home rush released as it climbs the Heritage Chart…

Having reviewed the Lurkers Boxed Set of original Beggars Banquet albums in 2017 and their latest Sex Crazy album on Damaged Goods in 2020, I am of course a close personal friend of Esso, Nigel and Pete – the most down-to-earth of all the 1977 punk bands, the Lurkers.

Steve Lamacq, Stuart Pearce and Henry Rollins are all long-time fans of the band. And so, it seems is Mike Read.

Read (for the benefit of any youngsters reading) was a top BBC Radio 1 DJ back during the Punk Wars.  He favoured quite a lot of New Wave and Power Pop at the time but infamously didn’t like having gay-sex thrust in his face by Frankie Goes To Hollywood – but he was preferable to a lot of his contemporaries, despite being a bit schoolmasterly at times.  He even made a half-decent punk/power-pop record under the name the Trainspotters.

Anyway, he has Freeview TV show called The Heritage Chart and you, the punk-rock public can vote for a curated selection of songs.  Recently, Laugh At Me by Pete Stride & Honest John Plain did really well in the chart.

Pete told me: Obviously we were well chuffed and thought it would be good if we could have a Lurkers song as a follow up…  Esso suggested Nearly Home (which is on the Futures Calling album) We sent it to Mike Read and he got straight back within 10 mins saying he loved it and happy to go with it!  He plays it on his breakfast show first, and if it does well it goes into the list of songs the public can vote for. It’s number 47.

Damaged Goods were releasing our The Future’s Calling and Chemical Landslide albums digitally anyway on April 22nd so are rush-releasing a four song single – an EP I suppose, with Nearly Home as the lead track.

Nearly Home (Turning Pages) is a great slow-burning piece of pop classicism:  Catchy yet melancholy. A vague echo of ‘Footballs coming Home’, mixed with a Chris Rea vibe and some beautiful guitar that hangs in the air Wicked Game style.  It’s still the Lurkers, but ageing gracefully.

The other songs are Racing Through Time (from The Future’s Calling album). Every Night’s a Story (from Chemical Landslide) and Magical Times (from Sex Crazy).  It’s  a solid, hard-rocking EP by an under-rated band of rock’n’roll survivors.

Louder Than War has its own online-Radio station and I should be pushing that – but the Heritage Chart does look like a bit of good, old fashioned fun – with a surprising amount of “Punk and New Wave” type acts making the chart …. so vote for punks perennial underdogs – Vote Lurkers. You know it makes sense.

Here’s the previous smash-hit from the Chart equivalent to a Saga Holiday or a Stenna stair-lift.

The Nearly Home EP is on Spotify now