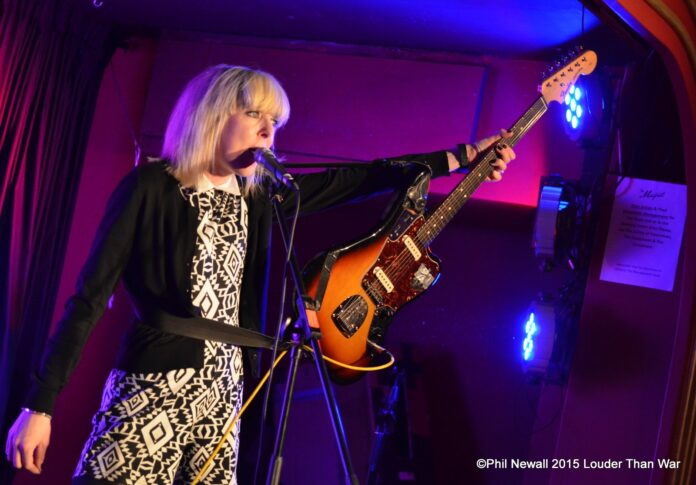 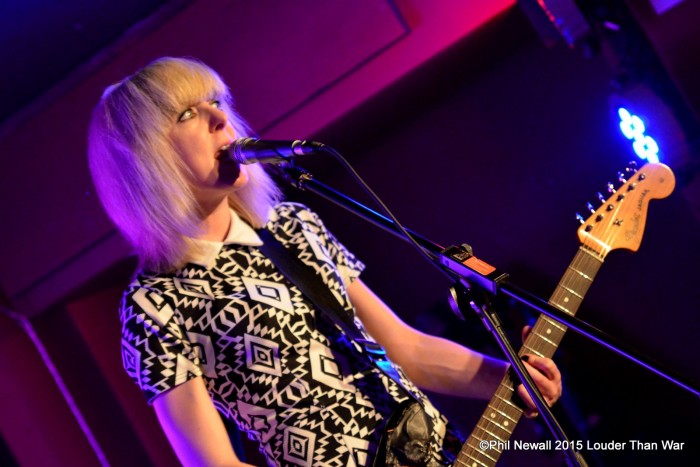 The Lovely Eggs are no doubt tired of being referred to as ‘quirky, zany’, or even ‘the odd-ball couple’ – they can’t however deny that their individuality defines the band; they are a married couple, in fact a couple with a young child who’s very conception was celebrated by Mum and Dad to be repressing their sold out debut album ‘If You Were Fruit’, its that same self determination that has seen them develop without the backing of management, agents, or record label support; no doubt its that drive that saw them step onto The Magnet stage on a Tuesday night to present tracks from their forthcoming album ‘This Is Our Nowhere’.

David sits huddled behind his almost child sized drum kit, Holly shuffles nervously and without ceremony they launch their dislocated take on rock n roll; a warped collision of punk rock rage and twisted folk; the utter juxtaposition of distorted noise and twee melody is captivating – and that’s before the lyric, caustically barbed observations on their own day to lives; Holly’s ever so slightly off kilter vocal delivery during ‘I Just Want Someone To Fall In Love With’, as the song concludes Holly describes the tour so far, a tale involving copious amounts of rum & coke, a carrier bag and the loss of not just her voice but her makeup bag, its this easy interaction with their audience that cements the connection, many of the songs from ‘Fuck It’…“That’s our philosophy” to ‘Food’ which was remixed for release by Cornershop’s Tjinder Singh which Holly introduced with a rambling tale of David displaying his love by preparing cheese on toast; the anecdotes produce a laugh from an audience member, a laugh so bizarre Holly questions whether someone is producing bird song; this though pales into insignificance as Holly begins the guitar refrain of ‘Don’t Look At Me (I Don’t Like It)’ only to notice the sound of a hand drier emanating from the gents – the song is stopped, at least until the hapless, but no doubt hygienic punter returns to the stage area – greeted by a ripple of applause from band and audience, with Holly suggesting, then insisting that she now needs the machine noise to play the song. 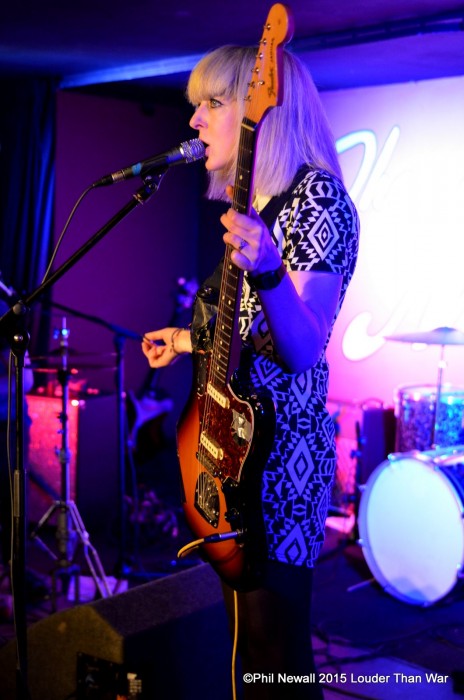 We are treated to ‘Magic Onion’ a forthcoming single lifted from the new album – a deceptively simple track built around a fragile single note riff before David’s thundering drums rain forth and Holly injects Nirvana style mayhem, again her vocal delivery adds further colour, it seems ‘Onion’ must be spelt “Unyon” up there in Lancaster as the track ends were told that despite it not being released until late April we can buy copies tonight as “well we can do what the fuck we like!!”

The Lovely Eggs are on blistering form; their songs are exciting, and energising – they can switch from almost laconic talk through tracks to intense rabble rousing punk thrash tunes, some a few seconds long, others approaching an almost psychedelic four minute mark – The Lovely Eggs are not hampered by the limits of just guitar and drum, anything else would be indulgent, and that’s not their way – and then they are gone; no encores – The Lovely Eggs don’t do encores, at least not fake encores…but that’s another Egg ditty in itself.

‘This Is Our Nowhere’ is released via Egg Records on the 4th May 2015; a very limited Black and White vinyl pressing will be released for Record Store Day, which falls on Saturday 18th April.