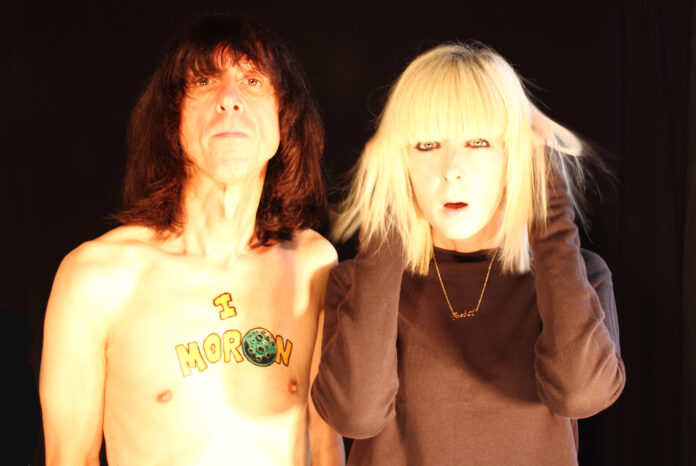 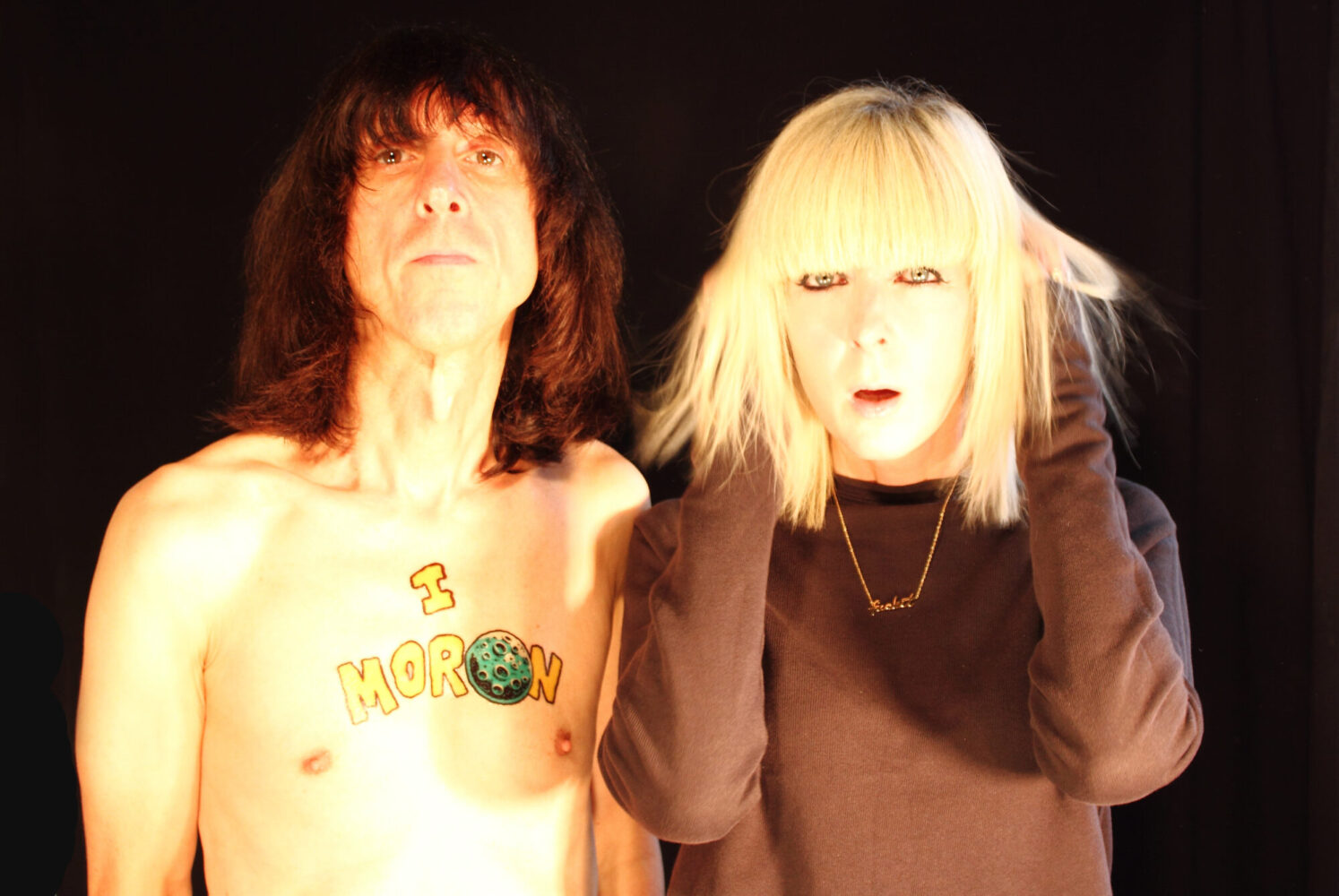 Andy Brown finally heads back to his spiritual home to join The Lovely Eggs at The Brudenell Social Club. He shares his excitement with Louder Than War.

It’s nearly 8pm and I’m heading off to The Brudenell Social Club to watch a few bands. What once seemed like an everyday occurrence is now filled with a heightened sense of excitement and, yes, even a few nerves. Words can’t express quite how much I’ve missed live music. I’ve been to a couple of seated/ socially distanced gigs but this feels significantly different. Tonight’s Lovely Eggs show would have been my first restriction-free gig in around 16 months but I’ve actually been at the Brudenell this afternoon to watch ska-punk nutjobs, Nutty Skunk. With a couple of hours rest in-between I head back to the iconic venue to catch Lancaster’s finest, The Lovely Eggs.

The excitement is tangible as I make my way to my usual spot in the Brudenell and await tonight’s first act. It starts with a wall of drones and I can feel something stirring as synth-rock duo AK/DK launch into their propulsive set. Yes, this is what I’ve been waiting for. We’re only a couple of minutes into the duos set and I already feel like this is some kind of homecoming. As a long-term regular at the Brudenell, it’s a real spine-tingling moment to be stood in this room again. The Brighten-based duo combine synths and frazzled electronica with reverb-heavy vocals and motorik beats. The hairs on the back of my neck stand on edge when they launch into their first double drum assault: elevating the joyously noisy bombardment into the stratosphere. They seem genuinely over the moon to be here and that feeling is most certainly mutual.

David and Holly’s tradition of bringing alternative poetry to the masses continues with the arrival of the writer, performer and poet Thick Richard. The foul-mouthed Mancunian has been hard at it since 1999 and supported the likes of Kate Tempest and The Fall with his harsh, obscenely funny performance poetry. Sipping from cans of beer pulled from a sports bag, Richard spills his vitriolic guts all over the stage with tales of incontinent bus drivers, dead rock stars and aging ravers. Unexpected detours find him vehemently bemoaning the lazy trains on the mythical island of Sodor and the death of Morrissey’s immortal soul (“the first of the gang to die who didn’t actually die”). I laughed, I cried, I even bought a book (in which Thick Richard lovingly inscribed the words, ‘go fuck yourself’). “You could have Gary Barlow burping his own name for 15 fucking minutes” explains the sweary poet laureate as he points out how starved of entertainment we’ve been, “and you’d still lose your shit”. 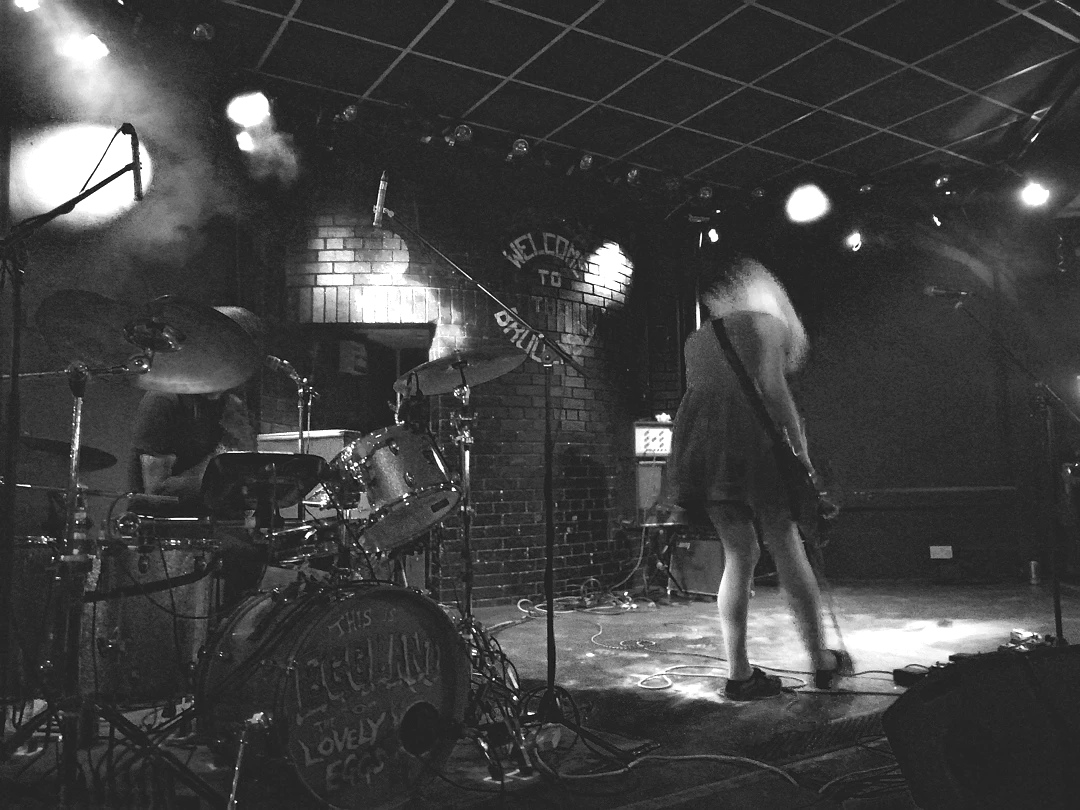 On the one hand it feels kinda strange to be back in a room with so many people, on the other hand it’s far too exciting for words. My excitement levels hit fever-pitch as The Lovely Eggs make their way to the stage. I first saw the Eggs live when they played the old pool room here at the Brudenell in 2015; their reputation as a bloody brilliant live act has grown with every year. For the uninitiated, The Lovely Eggs are a psych-punk duo from Lancaster with surrealist humour and DIY spirit to spare. Married couple Holly Ross and David Blackwell put every single ounce of love they have into this band and that uncontrived passion really shines through. Yes, it’s an incredibly weird and somewhat uncertain time but what better band to get us back into the swing of things than The Lovely Eggs?

We’re eased into the set with psychedelic earworm Long Stem Carnations before they blast into a fully-fierce, This Decision. Both tracks are pulled from last years stupendous I Am Moron LP. It’s an album they’ve waited a long time to share with us live. The Lovely Eggs have a great way of bringing people together and tonight is certainly no exception; I look around the room to see people smiling, dancing and soaking up every ecstatic moment. Holly asks if the immortal Gipton Wood Massive are in the house but there aren’t many to be seen. Rumour has it, they tell us, that if you can remember the Gipton Wood gig then you probably weren’t there. It’s a suburb in Leeds but I wasn’t in attendance (then again, maybe I was). “Last night was weird” Holly tells us referring to the band’s first gig in about a million years, “but tonight feels like home”.

Wiggy Giggy feels particularly euphoric while an explosive Magic Onion has me doing some sly air drumming. The latter segues into recent single I, Moron; David using effects to make his backing vocals sound like “a mutant Orville”. If you’re under 30 you might not be familiar with the oversized nappy-wearing green duck but the resemblance was uncanny. With Holly thrashing around the stage and David going hell-for-leather; the Eggs put in a set that crackles with the energy and immediacy we’ve all been missing. Insect Repellent sounds ferocious while Still Second Rate is a satisfyingly merciless slice of sneering punk-rock.

I Like Birds But I Like Other Animals Too takes us back to where it all began while the joyous Don’t Look At Me (I Don’t Like It) has the entire audience beaming with appreciative washing line smiles. Dedicated to the hard work and dedication of Brudenell owner Nathan Clark; the anthemic Fuck It provides the nights most cathartic, full-throated sing along. Arms are flung into the air and hearts are sung-out. The band have been pulling in some cash via David’s “Ebay empire” but it’s great to see them back where they belong. As Holly said earlier, it really does feel like home.