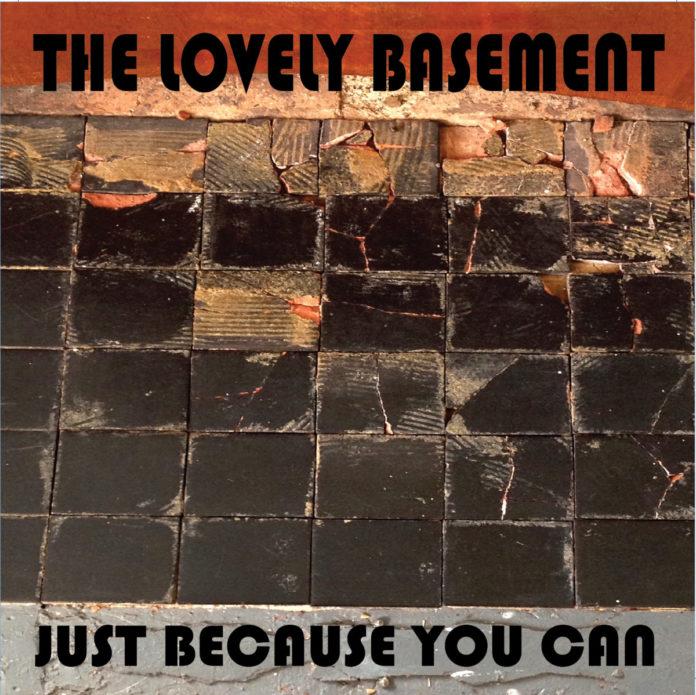 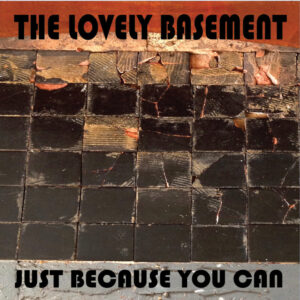 The Lovely Basement: Just Because You Can  (Breaking Down)

I would guess that the Lovely Basement are group of friends who were in bands in the Eighties and now their kids are grown or flown the nest, they have time to mess about in bands again whilst keeping their day jobs (social work, lecturers or something eco-friendly would be my guess).

United by a love of the gentler side of the Velvet Underground:  Pale Blue Eyes rather than Sister Ray: they took that as the starting point and set about writing about what they know. The opening track on their first EP was called Bristol Outside My Window… (Which is strange because they are from Norwich)  But seriously, Bristol seems to be full of bands who lack a ruthless competitiveness but make superb music in isolation (from the Biz).

Americans will love the Lovely Basement as in a way they are a polite, restrained version of the US ‘ bar-band’ with a Country feel.

Country (the genre previously known as Country & Western when it was uncool) has gradually seeped into my listening over the years thanks to Johnny Cash (the Rick Rubin years) the Rockingbirds (Jonathan, Jonathan) Wreckless Eric & Amy Rigby and a few others – but I’m no massive devotee and self-confessed Alt-Country is a no-no.

When bands like the Lovely Basement go for a Country feel though -nice lap-steel and simple narratives with wit & style, a ‘Loaded’ vibe, I have to confess, I do absolutely love it.

It’s irresistible on a hung-over Sunday afternoon.  Laidback, guitar-based, warm and mellow music – with clever lyrics and barbed sentiments, miscellaneous nonsense, a bit of politics and comment and home-spun wisdom.

This is a fantastic, slow-burning, modestly brilliant album. Smart, unassuming and cool.

There is a song about being a hoarder and emotional attachment to junk serving as an analogy to eco-concerns.  A song about how male ‘great artists’ always seem to have to have a subservient woman to do everything for them -“She’s a keeper” taking on a double meaning. One about a person who ‘cried wolf’ too many times, a list song – a litany of unnecessary evils ( from single-use plastics to trophy wives, fracking to uber…)  a number called ‘Mo Tucker and a song about people-watching.  And many more…

This is an album which is just perfect.  Natural. Unambitious – made for the love of it, in the vague hope it night sell enough to cover the costs of recording and producing it – but, to my mind is every bit as good as say, the Weather Prophets or Suzanne Vega’s debut LP’s.

Songs like ‘If You Can’t Stand Yourself’: lap-steel and twangy guitar, a lyric about a relationship with a person whose self-loathing manifests itself in alcohol addiction, is pitch-perfect and affecting and you can actually imagine some-one like Dolly Parton having a hit with it, showing, this is a classy piece of work.

The only song I dislike on the album is the closer. Daniel Johnson-ish ‘Baby Bird’ which is just too twee for words and the narrator hits a cat with a rake, which I don’t approve of,  -albeit to stop it killing the said baby bird.

The album needed the obligatory ‘Train Coming Round the Bend’ type railroad song singalong to close and then it really would’ve been THE Perfect Sunday Afternoon album of Velvets-Go-West-Country-plus.

Next Gig  – Thursday 5 December 2019 at the Thunderbolt, Bristol, sandwiched between Davey Woodward and The Big However – Event Page