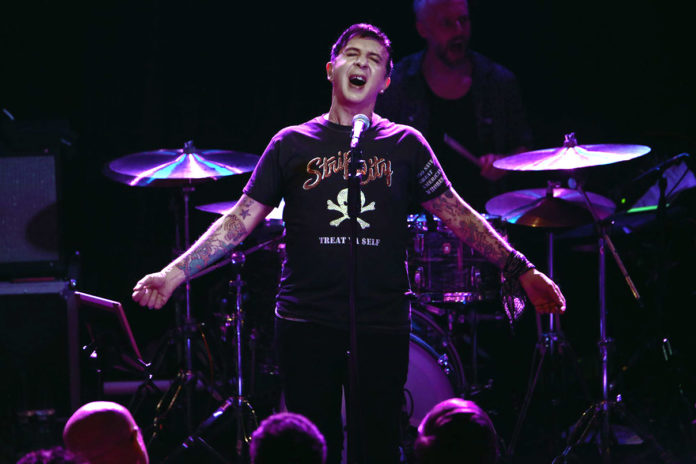 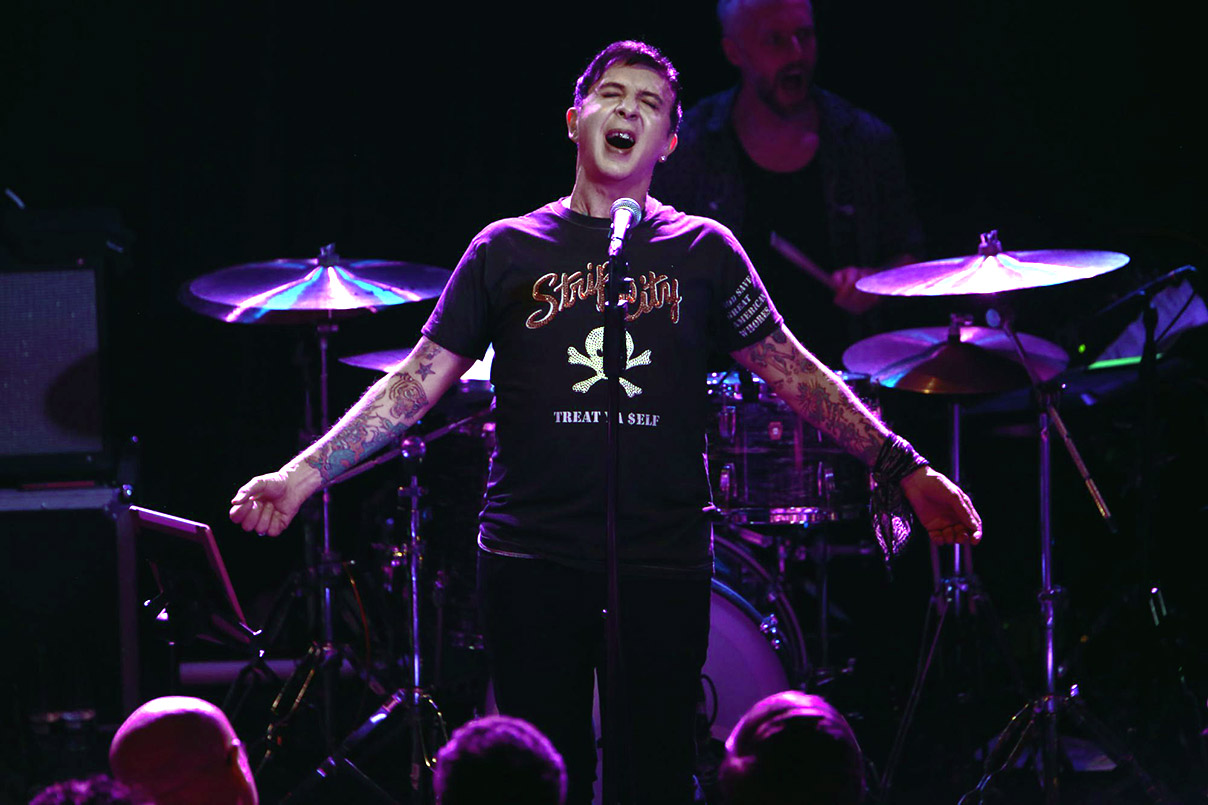 All great artists continually reinvent themselves and tonight Marc Almond does just that.

It’s been a long journey from subversive pop star though an eclectic solo career to a tortured torch singer, and now frontman for Britain’s best garage rock band. This might be a covers band, but it’s a superior one, featuring former Sigue Sigue Sputnik man Neal X on guitar and Iggy Pop’s rhythm section Ben Ellis and Mat Hector.

And, god, do they blaze through a set of carefully chosen covers with that stunning voice blasting away on top. Blond Boy sets the tone as they smash through the massive riff before morphing into the more laid back swing of For Your Love.

Almond really inhabits the sixties pop of the Shirelles’ Putty In Your Hand, deploying the sweet side of his glorious voice, before an energetic version of Alice Cooper’s seventies rock classic Elected, which as he points out they should have played last week. Next, we’re back to the sixties with the swamp rock of Spirit’s I’ve Got a Line On You before an absolutely banging version of Telegram Sam, which is clearly a blast from Almond and Neal X’s past.

It’s really lovely to see Almond in such relaxed form so it was no surprise that he felt he could look back to his first band Andromeda formed when he was 12. His touching version of Black Night first attempted 50 years ago morphed into Blockbuster and ended with a tender cover of Jean Genie. One of those priceless moments that remind you why live music matters.

Almond pretends he had a fight with Iggy for his rhythm section – ‘we’re still not speaking’ – so it felt apt to cover Kill City before Almond switched back into ballad mode for a jaw dropping version of Johnny Thunders’ Hurt Me. You could hear a pin drop in this small venue. 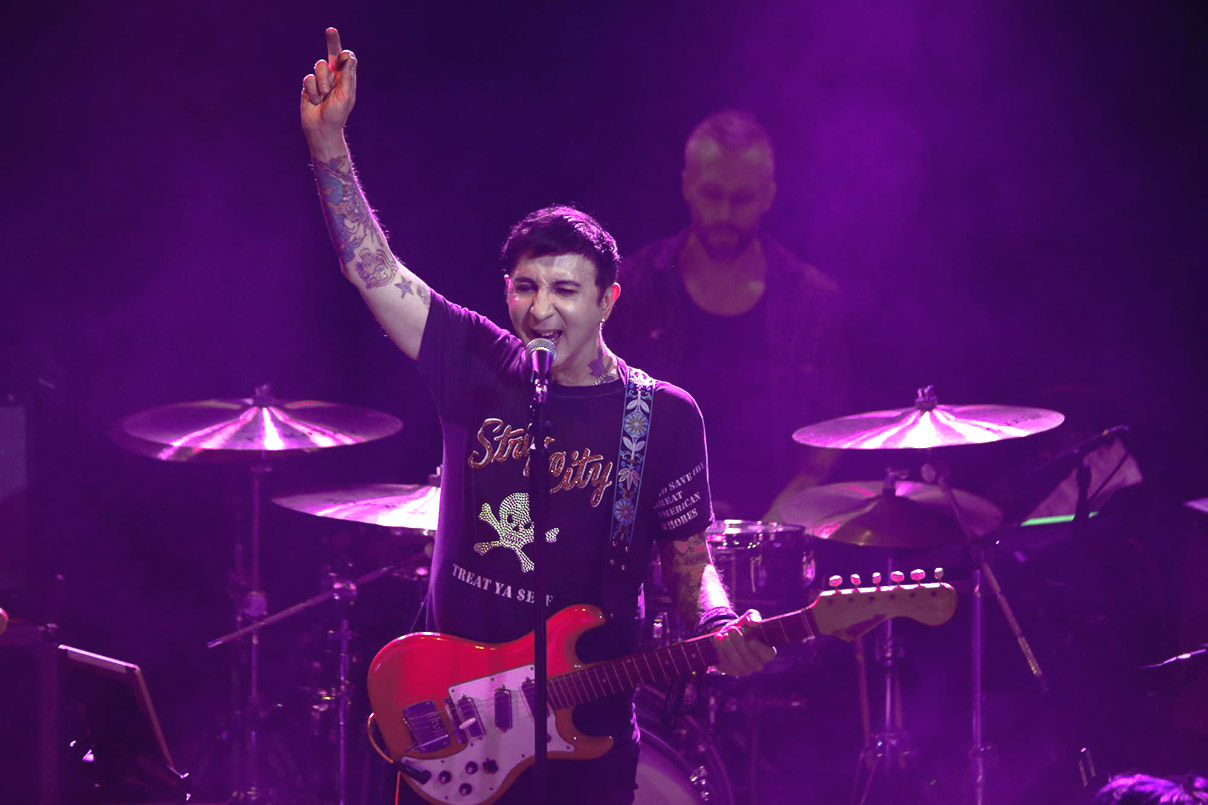 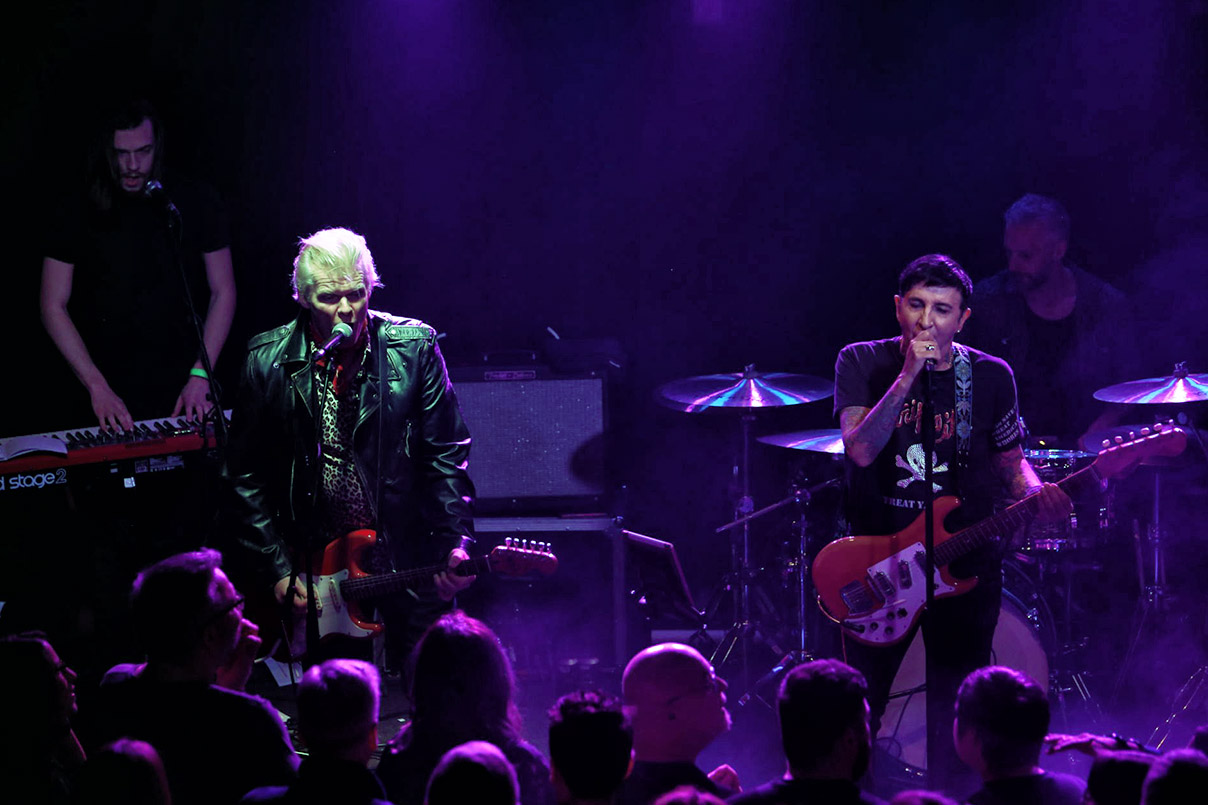 Neal X took on lead vocals for a raucous version of Love Missile F1-11, and then Almond dipped into his rich catalogue for a crowd-pleasing take on Sex Dwarf, which he said ‘I will never, never, never ever play again.’ Hopefully, he will relent at some point as it remains a wonderfully sleazy classic.

They finished this hugely entertaining set with a version of The King’s festive classic Santa Claus Is Back In Town, and Almond would probably win an Elvis impersonator contest in Vegas if he ever threw his hat in the ring.

This was never just the Marc Almond show as this is a band of top-quality musicians having fun but he did prove that inside every torch singer is a garage rocker just bursting to get out.