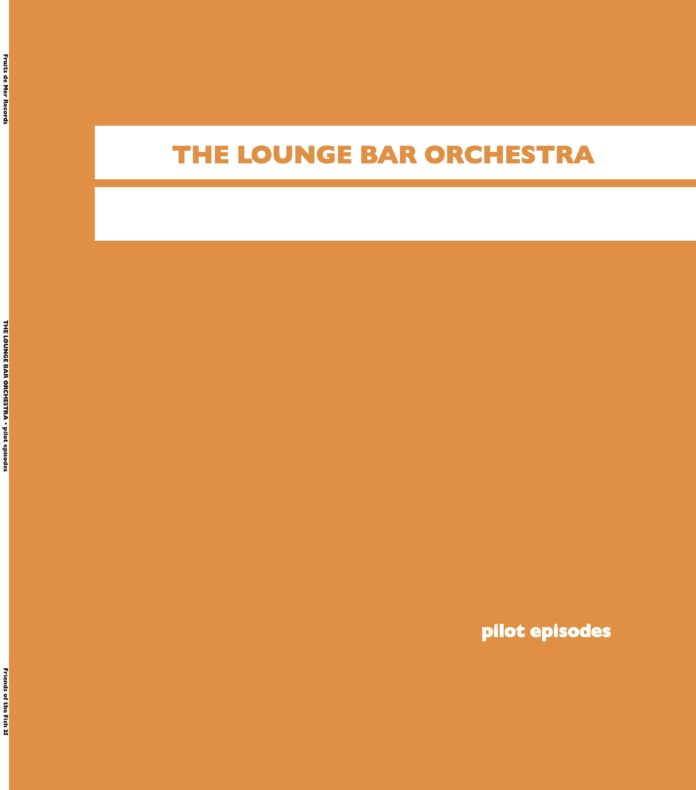 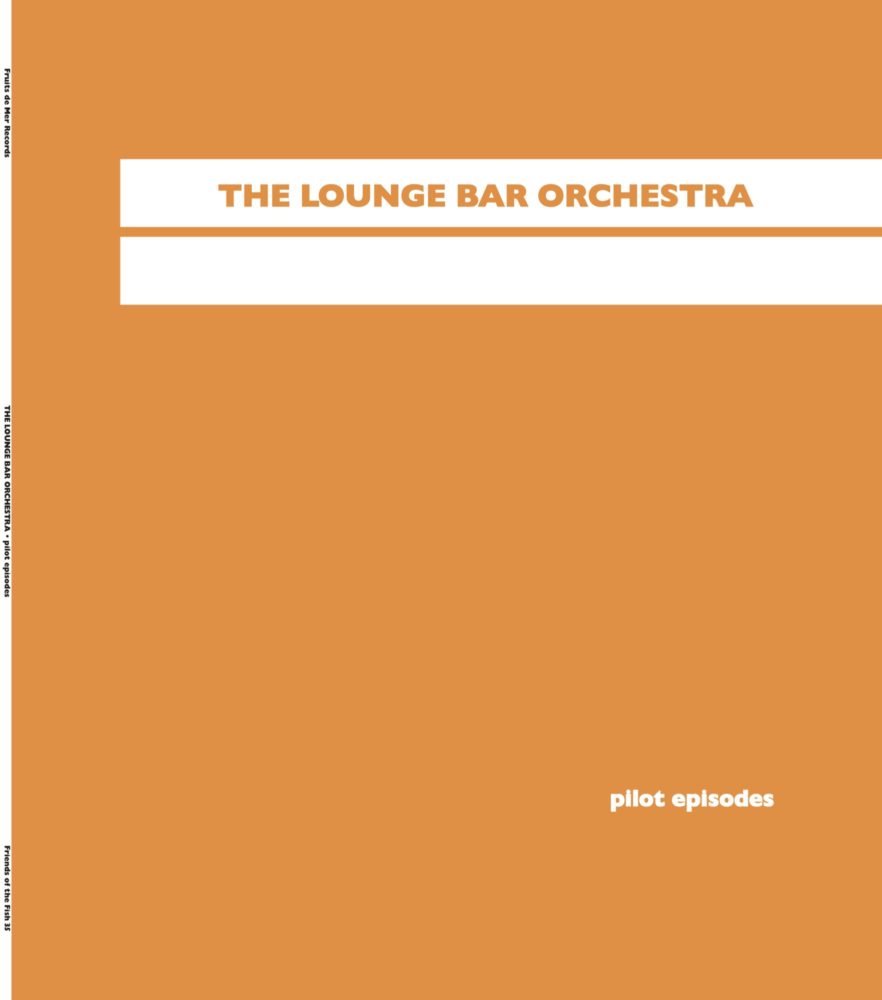 Presented by Fruits de Mer and Ousewater Television, this album follows up last year’s very well-received EP Omeroyd Sound, purporting to be another delve into the archives of the mysterious Reg Omeroyd and his Lounge Bar Orchestra….LTW’s Ian Canty thinks he remembers this all from the 1970s….or does he?

We found out about Reg Omeroyd’s musical adventures in TV land in the review for the Omeroyd Sound EP (reviewed here), but now a whole album of the theme tunes he recorded for Ousewater Television in 1974-75 has been unearthed. Prior to his disappearance he had the Lounge Bar Orchestra at the very peak of their abilities. Modestly describing these compositions at the time as a “mostly forgettable selection of ordinary tunes”, Reg couldn’t have been much wider of the mark. On the contrary, Omeroyd’s efforts here are marked with craft, attention to fine details and a strong sense of identity, which meant they could portray the themes and emotions of their screen counterparts most elegantly.

This collection begins with a different arrangement of Washing Lines from the first EP, retitled Fresh Laundry. Intended to score the more edgy moments of the children’s show Washing Lines, this has an endearing dream-like drift to it and gave me slight Deja Vu. I must have seen an episode that featured this versionwhen it was repeated on UK Ouse, a short-lived satellite channel in the early 90s.

Whilst listening to the next track, the stately flute glide and almost comic brass section of Inspector Yahoo Calls, I could just picture in my mind’s eye Sir Anthony de Merritt in the role of eponymous Detective Inspector. I can see him sat in his cramped and dusty office, chomping down on a Player’s Weight and then crying “By jove, I mean eeh by gum, Commander Jeffrey must have done the deadly deed with a shotgun made of chocolate and then scoffed the evidence”.

The show Wake Up To Craft, which featured since disgraced entertainer Lee Andrew Ward (whose catchphrase “Look at me, my hands are free” now doesn’t bear thinking about), is sound-tracked by a smooth concoction of chilled strings and slightly sinister tones, making its further use in enigmatic series Inshore Shipping seem appropriate enough. I struggle to recall Miriam And Roger, a situation comedy about a Scottish dairy farm, but musically it has the perfect knockabout chirpiness that you can imagine trailing madcap mishaps and pratfalls amongst freezing Friesians.

On a more serious note, Operation 222 was the opening music for a 1971 spy movie of the same name. The old stagers among the Lounge Bar ranks must have relished the chance to cut loose with some funky wah wah guitar and warm Hammond organ on what is a winning entry into the spy theme genre. Popular with audiences in the Midlands, the film spawned the imaginatively-titled sequel Operation 223, the theme of which we hopefully will hear as more of the Omeroyd canon becomes available.

Ever the visionary television company, Ousewater TV saw the potential of regional detectives years before the Inspector Wexford Mysteries made their way onto our screens. The Malvern Detective starred Colin McCollinson and who can forget the title sequence with him standing high on the Malvern hills, deep in thought with his pipe billowing smoke, whilst trying to get brake fluid off his gaiters? The musical theme is very cool too, with a suitably tense horn section and flowing symphonics.

Ousewater must have spent literally hundreds of pounds on Queenie Of The Desert, the odd genre clash (of a western and cookery show in this instance) being almost trademark of the company. The dual nature is admirably portrayed here, with stern and severe drones giving way to positively jolly guitar and organ. A downbeat and dreamy buzz enliven the theme of arts discussion programme Untitled End, before some Residents-style skronk squeaks which must have thrown the show’s host Father Joseph Fluke off his guard once or twice.

Reg Omeroyd of course disappeared not long after these recordings took place. Rumour and counter-rumour has circled his legend since then. Was he really an agent for the Soviet Union, or worse still BBC2? Or is this really a note perfect re-imagining of library music from the outer reaches of the extremely creative mind of musician/author Greg Healey?

What is certain is that Pilot Episodes is a tasty dish for anyone into library music/tv themes and incidental music, but with a taste for something new. This LP has been put together with painstaking attention to detail, wonderful craft and a true love for the form displayed throughout. All this makes for a great debut album that also might make one do a double take on childhood memories, so seemingly authentic are the sounds. But it is much more than a mere homage to 60s and 70s TV music touchstones like KPM and Chappell Music, as Pilot Episodes creates its own magical world and is a unique gem of pure enjoyment.

The Bandcamp link for this album is hereherehere