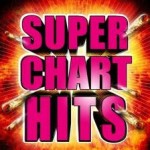 Want to be rich & successful in the world of pop music? Thought not. But if by some chance you do yearn after super stardom here’s a guide to help you achieve that goal.

Since my offspring are now that bit older, I’m at the stage where I am forced to listen to their music in the car. Prior to this, I could force feed them The Ramones, The Fall and Tom Waits till they were car sick. They are my kids. I own them.

To be fair, they grew to love The Ramones. The wee yin is still fond of Goldblade, Crass and The Pistols too. It’s all those sing-along sweary bits he likes, I think. Listening to Capital and Clyde 1 and all that tosh, I actually do believe we’re in a golden age of pop music. Oh, I don’t like it, but I can appreciate what makes it good.

Namely, being 15. And that’s who pop music SHOULD be for.

Now obviously, if the following theory worked, I wouldn’t be driving the kids to school before heading off to work myself. I’d have a huge bodyguard drive them to the private tutor in a gold Hummer whilst I contemplated which buxom lovely’s stomach to snort Bolivian flake off of.

So, here we go, make a record, do all of the following and you’ll be on a winner.
Or maybe not.

1. Have that really irritating autotune effect in the chorus vocals and liberally sprinkled throughout the “joint”Â. See, got the lingo down and everything, already.

2. Also, it’s very important to have that vocal at some point that goes “eeh eeh”Â a la Umbrella by Rhianna.

3. Sing about “getting ready to go out”Â. Most pop singles are bought (or downloaded) by teenage girls and probably listened to whilst the fake tan and slap is being applied and the hair being teased.

4. Mention your phone. All of that generation are obsessed by bloody mobile phones and consequently, all pop records make reference to them at some point. Usually in regard to some ex- not calling them/calling them too much.

5. A good ploy is to mention something about “all my ladies”Â usually “on the dancefloor”Â as some kind of all gals in it together against the boys thing. Make lyrical reference to “the club”Â even though most of your target audience still go to discos at school.

6. Have a regular bit (usually after the choruses) which is a huge rave-style synth breakdown for some hands- in- the- air mentalness on said “dancefloor”Â. See the current Nicki Minaj song for an example.

7. Absolutely, crucially, always have your song “featuring”Â some up-and-coming grime or rap person. This adds a bit of “street”Â to your tune and gives added pizzazz to it when they become more famous than you.

8. Mention some celebs in your lyrics. Of course, this dates your song almost immediately, but there’s nothing like a bit of a hat tip to some BB reject wannabe to add some spice. Holly Willoughby is also often ok to “big up”Â.

9. DEFINITELY have some swearing, preferably “motherfucker”Â. This will be squeezed and filtered for radio play so that it actually sounds like “meedleweedleweedle”Â (see N. Minaj again) but it actually makes you a badass beeyatch. Really.

10. Chorus should be utterly meaningless but use the terms “higher than”Â “firework”Â, “domino”Â “dancing”Â and “crazy”Â. In fact, just rearrange those into a chorus. That’ll work.

11. Again, essentially, a huge synthy drum roll into each part for added excitement. See that one about “turn it up right now”Â (DJ Fresh”Â¦possibly) for an example.

Please feel free to use The LTW guide to being rich and successful. It’s yet to work for me. Perhaps I need to get all my ladies on the dancefloor. Hmmmm.