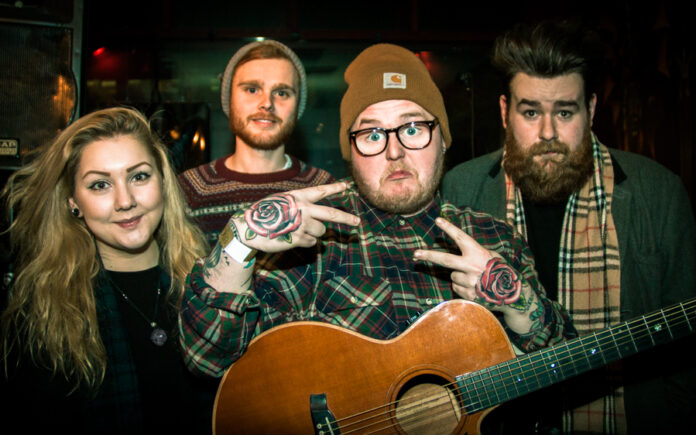 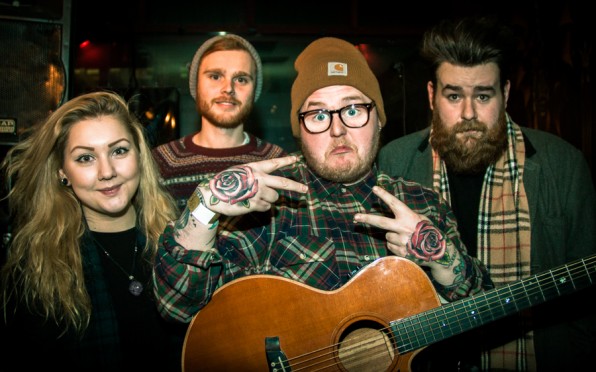 The Lottery Winners | The Blueprints | The Grand | Emma Dockeray

Headlined by indie-jangle-pop quartet The Lottery Winners, Sean Hornby was lucky enough to catch four excellent bands play Oporto in Leeds last week. Sadly his luck ran out when it came to the free hot dogs though.

It may have been the week that a lot of people were finally paid post festivities as well as now officially being the first night of the weekend, but it still took the hardiest and bloody minded of souls to venture out into the freezing cold and ice looking for entertainment of the rock and roll variety. It was the first GEHO event of 2015 and as per the norm it was a value for money fest featuring four different acts of varying styles which may so far have slipped underneath your musical radar. And on a bitterly cold night perhaps the best way to keep warm was to engage in some rock and roll frivolities and alcohol consumption. Oporto is a bar/venue that I’ve never been to before, situated in the pricier end of town near the Corn Exchange it’s a small enough venue that serves the usual variety of beverages served by overly good looking bar staff. And as an added bonus with every ticket purchased you were rewarded with a free hot dog chucked in for good measure. The deep red mock Parisian décor creates a warm welcoming ambience, there’s a genuinely welcoming feel to the place. 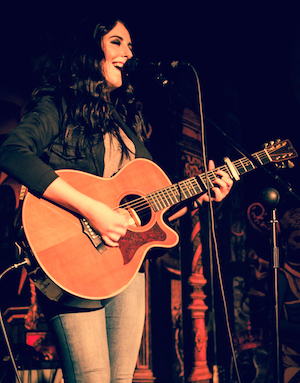 Opening the evening’s entertainment was the rather beautiful Emma Dockeray; I genuinely can’t remember seeing someone look so happy and content on stage for quite some time. A very pleasant lady who can certainly hold a tune, she started things off with a new song entitled ‘Chambers of my Heart’ which although new still managed to sound somewhat familiar. It’s inventible in that KT Tunstall comparisons spring to mind (lazy journalism I’m sure) yet this comparison was further cemented when she covered ‘Black Horse and the Cherry Tree’. Later in her all too brief set she jauntily covered Meghan Trainor’s ‘All About that Bass’ which certainly brought a smile to those in attendance, the song was in complete juxtaposition to the rest of her set which was peppered with what she described as “sad songs”, songs that she stated she enjoys writing despite the fact that she has “a lovely boyfriend”, (her words). A slight country twang was noticeable during some of the set, her eyes closed for the majority of the time whilst a huge smile conveyed her sincerity as an artist and not just someone who had turned up to do a few songs and disappear off into the night. 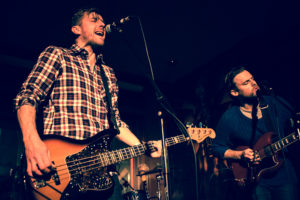 Next up were Wakefield trio The Grand and without wanting to gush too much this band really deserve to be heard by a much wider audience and on much bigger stages. Previously championed by BBC 6 Music and the band describing themselves as “Transatlantic Pop”, The Grand played a set that at least 70% of which featured potential hit singles. The band exuded a dynamic energy with fierce guitar playing and vocals that drifted between Caleb Followhill and Sam Windett (Archie Bronson Outfit). On top of this they’re an incredibly good looking band and have clearly developed a distinctive tight playing style, the performance for some of those who were in attendance will surely end up being an “I was there” moment when The Grand receive the success that surely beckons them. Finishing with the magnificently titled ‘I Don’t Want to Make You Happy, I Want to Make You Cry’ makes me personally feel very excited about their album release this coming April. 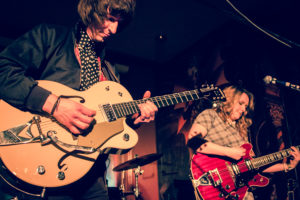 York band The Blueprints are an affable bunch that performed a set of energetic pop songs, the guitars at times appearing a bit too low in the mix from where I was stood unintentionally resulted in the rather gorgeous harmonies being showcased as an integral part of the band’s sound. The Blueprints are a band that clearly tries to make an effort in relation to their wardrobe and haircuts, their frontman Stuart Allan bearing an uncanny resemblance to Farris Rotter with a vocal style that’s not a million miles away from Mark Morris. The band came across as a throwback to the mid-nineties which itself could be seen as a further throwback to the mid-sixties, not so bad all things considered. Complimented by some excellent Donald ‘Duck’ Dunn bass playing and songs about the curvature of the Earth and with a set held together with plenty of onstage chat and banter, The Blueprints are a band that Bingley Music Live should perhaps consider for a slot.

The evening was rounded off by headliners The Lottery Winners, the Manchester band’s fan base clearly out in force; the band kicked off with ‘Elizabeth’ and the place was immediately bouncing with their devotees singing along with much gusto. The Lottery Winners have that sunny Noah and the Whale sound, Magic Numbers harmonies are abundant, the word ‘charming’ springs to mind. A humorous set that at one point featured some bizarre Balamory referencing free style rapping was complimented by further high jinks and witty banter from the band. Rock and Roll can be a tad wooden at times, The Lottery Winners use of self-depreciation and good humour is a much welcome breath of fresh air, at one point frontman Thomas Rylance describing the audience’s interaction as sounding “a bit like Songs of Praise”. Heavily bearded guitarist Robert Lally also looked like he staggered from a fishing trawler and I’ll admit I was slightly disappointed that he hadn’t made the effort to wear a sou’wester on this particular occasion. 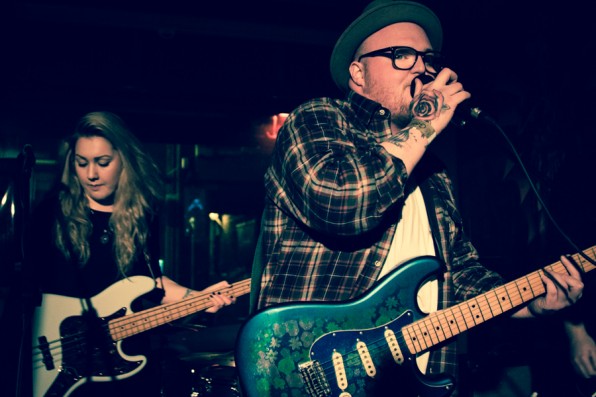 Overall a more than fine evening for those in attendance, nothing pretentious or patronising, the evening may have lacked any drone or psychedelic blitzkrieg but the land of indie pop is a pleasant enough place to visit on a dark winter’s night. It’s night like these that reminds you that it’s okay listening and checking out bands via the internet but the live arena is still the best place for this and not through some tinny laptop speakers. I never did get to have a hot dog though, maybe next time.

All photographs by Mike Powell at Glossy Onions Photography.

For more information about the bands head too….

All words by Sean Hornby and all photos ©  Saffron Tree. Sean can be found on Twitter and his Louder Than War archive is here.