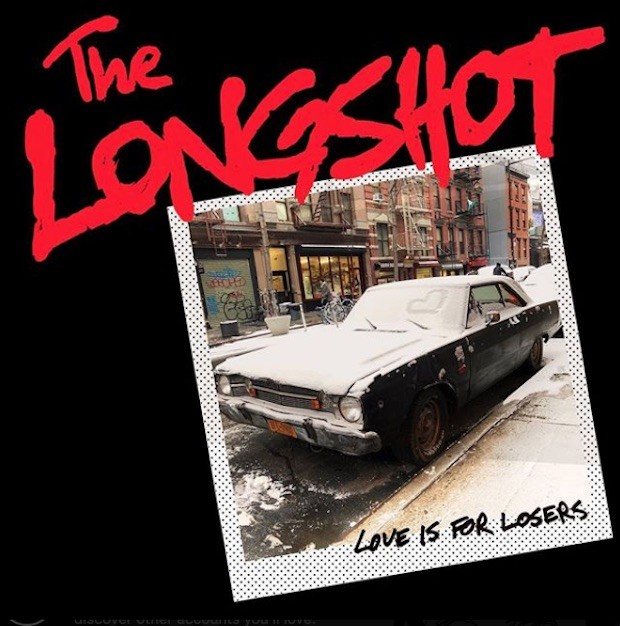 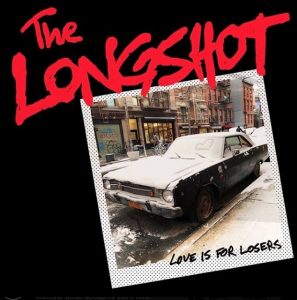 LOVE IS FOR LOSERS

On the 20th of April, seemingly out of nowhere, the debut album by new band The Longshot dropped. This wouldn’t normally cause many ripples, except for the fact that they are the new side project of Green Day’s Billie Joe Armstrong. Cue the lovers, the haters, the die-hards and blow-hards lining up to throw in their two cents, but how does the album measure up in its own right. Louder Than War’s Nathan Whittle takes a listen.

The album kicks off with The Last Time, an almost glam rock stomping cover of The Beatles version of Please Mr Postman, replete with handclaps and glorious rising harmonies over the chorus. At one point they even drop in a Fab Four-dripping falsetto before a sultry solo sweeps over the song. It’s a little trick that they use once again and puts a beaming smile across your face as you realise, right from the first song, that this is all about stripping back the rock n roll excess and focusing on pure and unadulterated enjoyment of the music, from the musician to the listener.

Some songs, such as Taxi Driver and Happiness, see the band on more familiar territory with the way the chords chug along and the quick breaks whip in and out, but this is definitely a dose of the sound that Billie Joe Armstrong has always nodded to in his most accessible and radio-friendly moments being pushed to an extreme that he has previously been unable or unwilling to take it. Chasing A Ghost drives in with crashing distorted chords that sound ripe for stadium blasts, before the sound drops back in the verses to let the melody come to the fore. The bridges and choruses are subsequently allowed to rise up again, bringing at one point a great blink-and-you-miss-it solo.

The stand-out track on the album is Cult Hero, a punk-blues dripping number that powers along and adds a welcome dose of more high-adrenaline rock n roll. It shows that some of the best moments on the album come when the band break cleanly away from the expectations that undoubtedly come from the release of such a record and dive headlong into something that removes the listener from the idea that they are listening to what is essentially a side-project. They achieve it also on Body Bag, where the desire to take a full step back from the snotty punk that die-hard Green Day fans have yearned for since the tail-end of the 90s is no clearer. The distorted and compressed vocals cannot disguise the strength of the song, and is perhaps an attempt to remove a potentially saccharine overdose. It sounds like the band have been listening to modern and classic powerpop and taking copious notes.

Title track Love Is For Losers is a riffing rocker that bops along under double-tracked effects-laden vocals and is the closest The Longshot ride to Green Day. It’s a slower pace, but it’s clear why they’ve chosen it as the song to promote the album with. However, album closer Goodbye To Romance does exactly what we’ve come to expect from Armstrong as the acoustic guitar comes out for a lush ballad of self-loathing. Although the song itself is strong and works well as an album closer, it comes as slight letdown for the simple fact that the element of surprise at the release of the album and the songs that have led up to this point is dampened somewhat by a more predictable album finale.

Any new music from Green Day nowadays naturally results in a monstrous marketing campaign, global tours and a carousel of expectation revolving round and round. Have they returned to their roots? Does the album measure up to their previous heights? And what cause have they now taken up that will inevitably rile up the right and give rise to a Twitter-storm? It’s no wonder then that Billie Joe has decided to put out this new record, fronting a new band, The Longshot. There’s no fanfare, no message, no politics. It’s simply the sound of four guys getting together and enjoying themselves blasting through some great powerpop bubble-gum punk, and perhaps represents a chance for the once snotty Bay Area punk to come back down from the stratosphere and do it all again for fun.

All in all, Love Is For Losers is almost perfectly executed and while it will naturally divide Green Day fans, it has already been made clear in no uncertain terms that those that don’t get it or don’t want it are more than welcome to leave it. Those that do however will find a great collection of songs that see Billie Joe Armstrong and his new band clearly spreading their wings and embracing the pure delight that comes with unleashing a new project.

Listen to title track, Love Is For Losers below: