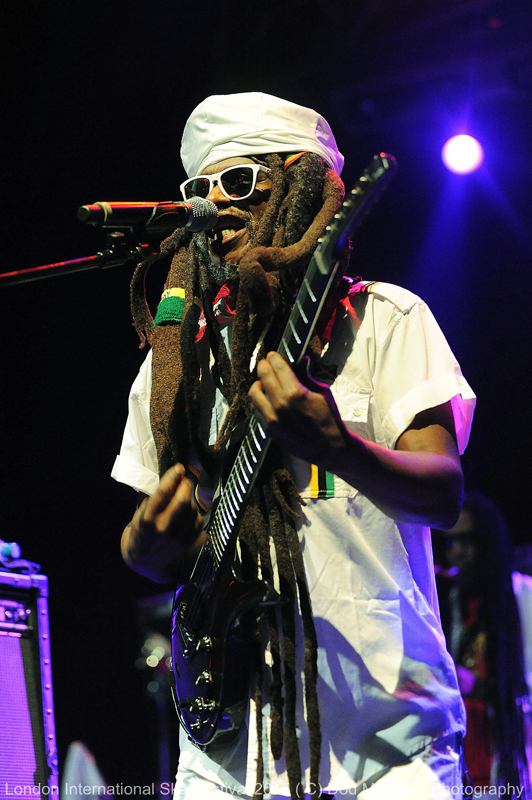 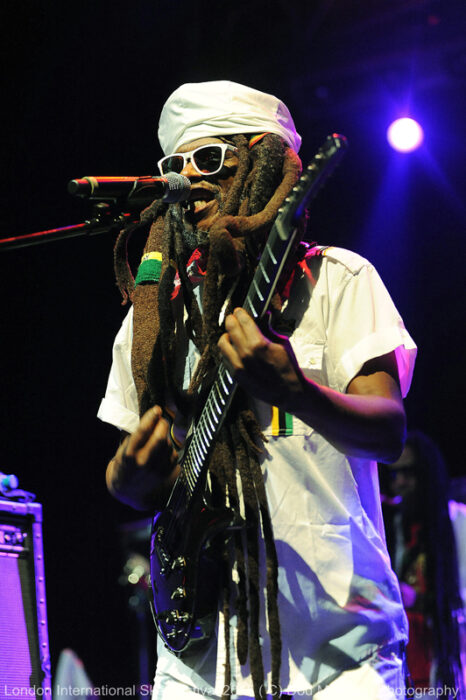 The festival is four days long and centres around the Camden area of London. With many shows and exhibits over the festival, it is hard to catch it all. Here some of my highlights.

Kicking off the festival at the Jazz Cafe was the eccentric mad man, sometimes oddball, but total genius that is Lee “scratch” Perry. In his many years of playing the 77 year olds contribution to ska and reggae cannot be surpassed, and he has also worked and produced countless other kinds of music and bands including The Clash and Beastie Boys.

You know his arrival is imminent when a band member puts bananas with incense sticks on the front of the drums and a lit candle is put front of stage…then from the top of the stairs we see a silhouette with a mic and hear the words introducing myself – Lee Scratch Perry and the party begins.
We get a catalogue of hits, Scratch classics including “Inspector Gadget” All the time he is interacting with the audience and shaking hands with them – We get “Dr Dick” which I am sure is the first time I have heard it played live. “Jah Lives” is given an airing too. The night finishes with a rendition of “Exodus”. As he walks away there is a huge cheer and very happy crowd.

Born in Kingston, Jamaica, reggae singer/producer Derrick Harriott began as a member of the Jiving Juniors (from 1958 through 1962) before embarking on his own solo career, in addition to producing other artists, including the Ethiopians, Keith, and Tex. Harriott tended to rework old R&B love songs as reggae tunes, but his best-known song, “The Loser,” was an original composition.

It has been three decades since he played in the UK, so come all aboard the Dixie Queen paddle steamer for a trip along the Thames for Ska on a boat. The boat was rocking and so was the crowd as Derrick came on the stage.

“Lollipop Girl” his number one song from the 60s was a nice warm up for the crowd. He relished in saying a lot of the crowd probably weren’t even born then. “Close To Me” about your best friend stealing your girlfriend, is another old faithful tune…”The Loser” gets a huge roar and a good sing along – Song of the day was “Stop That Train”, one of the all-time favourite reggae tunes, and sung perfectly by Derrick along with the crowd.

At 75 he still has a very good voice, the moves and a sense of humour he thanked the promoter for the show so he can now pay his rent back home! For “18 With a Bullet” he was joined by AJ Franklin who had played his own show earlier that day. They finished the show off but as they hadn’t rehearsed it we only got the chorus.

Steel Pulse at the Forum was what I had been waiting for. They were playing the whole of the ‘Handsworth Revolution’ album; one of reggae’s must have albums. It wasn’t a disappointment, what a show; David Hinds is a showman, great voice, and great charisma. The rest of the band were a well-oiled machine, flawlessly playing their way through 90 minutes was sheer magic, they played the whole album straight away.

The night started off with “Prodigal Son” which is apt as it has been a while since the band did a UK Tour.
“Klu Klux Klan” is a song about the evils of racism and one often accompanied by a visual parody of the KKK on stage. Unfortunately it didn’t have the accompaniment, there was just straight forward singing of the song, with lyrics still as poignant today.

In 1978 they sang a song about a revolution in Handsworth only for that to become true three years later when there were riots. When the first part of “Handsworth Revolution” was played a huge cheer went up, to hear this album in its entirety is a privilege. They continued with a mix of songs from their back a catalogue of albums. During “Blues Dance Raid” David kept getting pushed off the mic by the trombone player. It was a well-rehearsed segment of the show, taken the limelight off the singer who pretended to look hacked off.

They played the ‘Star Spangled Banner’ which melted into “Rally Round” – the red, gold, black and green colours of the African flag. It had the crowd singing along and some flag waving…”Taxi”, a song about how hard it is for a black man to get a taxi in New York, is a very catchy poppy kind of tune, whilst “Drug Squad” was about being picked out at customs for no apparent reason, another classic belted out.

There was a premier screening of legends of ska – a movie which has taken the director 14 years to make. It is all about the early formative years of ska in the 60âs and is a very interesting movie with clips of artistes from the era.
In attendance was Derrick Harriott & Rico Rodriguez. There was a Q&A afterwards with the director.

Click on each image for a full size view.