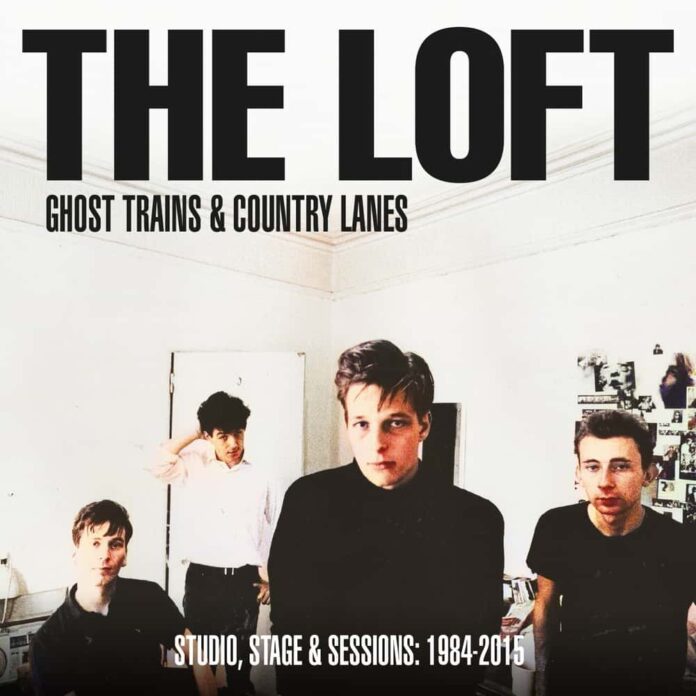 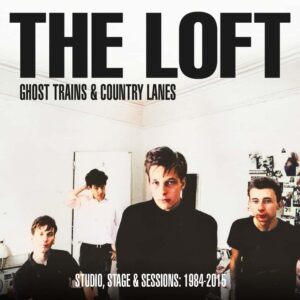 There’s not many bands who make a big impact with just two singles, but that’s exactly what mid-1980s indie kids The Loft did with the melancholic Why Does The Rain and the mighty Up The Hill And Down The Slope, which was a deserved Independent Chart number one.

It’s hard to remember that once upon a time that pre-Oasis Creation Records were the hippest label in London as their roster tried to mesh post-punk with psychedelia. The Loft were the undoubted crown princes of that scene as songwriter Pete Astor and Bill Strickland’s guitars wrestled around each other over Bill Prince and drummer Dave Morgan’s solid rhythms.

Those singles hinted at an imminent breakthrough on a label that was home to the Primals and The Jesus and Mary Chain, but the band literally imploded mid-song at the Hammersmith Palais in front of 3,000 people as they supported the Colourfield.

Thankfully they’ve made up so the band have pulled together everything that was actually recorded in a studio, radio sessions and a sensational live set from the uber-trendy Living Room showcase night run by Creation. Ironically, they were originally called The Living Room, but label boss Alan McGee got them to change their name so they didn’t clash with his club night.

Fans of the band will no doubt have the seven – yes, only seven – studio tracks that were released as singles and B-sides, as well as appearing on various Creation compilations. But what is striking is how consistently good they are, particularly Winter, which hints at a more mature direction.

Radio 1’s Janice Long was a genuine talent spotter, and she was an early adopter offering The Loft a session in 1985. It features four extra songs that were never recorded with On A Tuesday being the pick of the bunch.

But this box set gets really interesting on disc two with a previously unreleased ten-song live set from the Living Room, recorded in 1984 just as they were really hitting their stride. It doesn’t sound like it came off the desk, so you get a lot of London hipsters talking through the set, but the quality tunes of a strong live act help you get past that rudeness.

There is a majestic version of Your Door Shines Like Gold, which is another one of their batch of jingly-jangly classics. They drop in a clever cover of Richard Hell’s Time, and bang out intense versions of their classic singles back to back, which manages to finally stop the hipsters chatting.

Another unheard treat is the Bark Studio session the band recorded in 2005 after the dust had finally settled on their legendary final meltdown. As well as comeback single Model Village, which is as good as their earlier work, there are three other previously unreleased songs to savour.

Another treat for completists is their 2015 comeback session for Gideon Coe on 6 Music, which is another big hint at what might have been. With the benefit of maturity and more experience as musicians, the band are really tight as they rip through their best songs. You can’t hear their wistful version of Why Does the Rain and not think how their salutatory story gives it extra resonance.

As always with Cherry Red, this is a high-quality box set with plenty of unreleased pictures, rare tracks that will satisfy even the most die-hard fans and pithy sleeve notes by former NME Editor Danny Kelly who was a big fan.

Ghost Trains & Country Lanes is partly a retrospective of a potentially great band, but it is also a warning to any young act that if egos get in the way then you might just waste your chance at greatness.