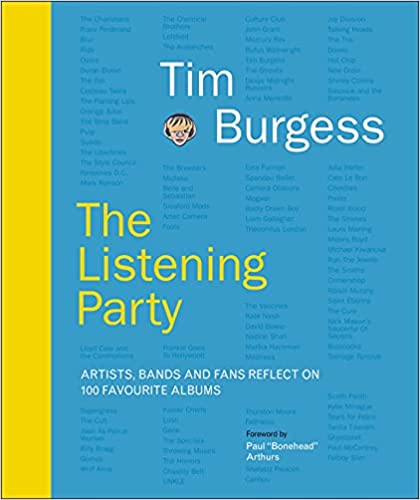 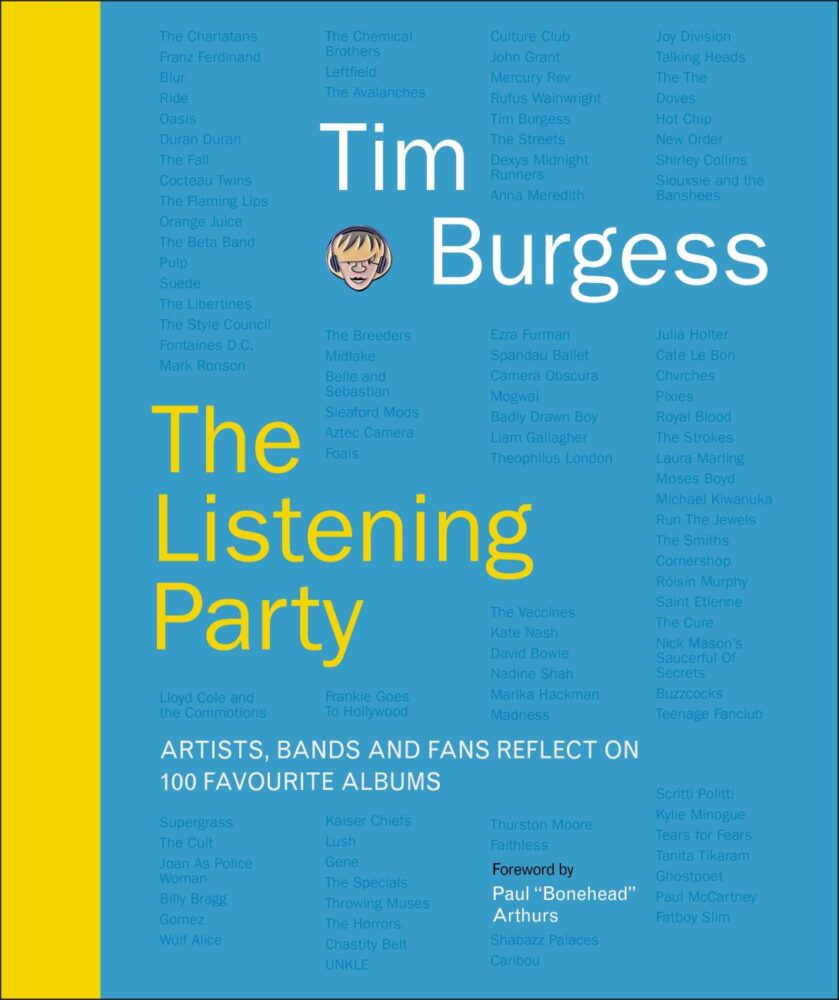 The Listening Party by Tim Burgess

Musicians and music fans have had a tough time during the pandemic. The sense of community and connection we all look for when we go to live gigs disappeared for many months, and it still doesn’t feel we are back where we would like to be. When the going gets tough it’s a time for the creative to get inventive. Tim Burgess, frontman of the Charlatans had first come up with the idea of bringing people together by hosting listening parties in 2011. Using Twitter as a platform, people could follow the tracks of a chosen album in real time, sharing tweets from the musicians involved. It took on a new life and energy in March 2020 as lockdown changed all our lives.

As the idea caught on, the momentum grew, and what was planned to be a once a week event snowballed. Musicians and artists were understandably keen to get involved and host listening parties. Time to listen and reflect threw up some interesting responses. Twitter saw what was happening and created a special Tim-emoji. The world joined in. The media hailed it as an ‘internet phenomenon’. Soon there were three parties a night and up to six each day at a weekend. A great idea just got better.

This book, The Listening Party, relives 100 of those parties, selected by Tim Burgess, including a foreword by Paul ‘Bonehead’ Arthurs (Oasis) and an intro from Pete Paphides. It’s a fascinating record (no pun intended) of a very special response to a difficult time, and has to be one of the best uses of social media ever. The book keeps the party going. There are surprises and revelations from those who were there and involved in the process of making the music. You can dip in and out, enjoy the photos (so many, so young!), relive the memories and be inspired to listen to the music once more. Look out for Tim’s Thoughts too, bringing you even more insights.

Books, like music, can capture a time in a physical form. The albums in this selection range across decades and music genres. It isn’t all about nostalgia. The chosen albums come right up to date with new 2020 releases from artists as varied as Shirley Collins, Nadine Shah, Ghostpoet, Kylie and Paul McCartney. There are some legendary albums featured too of course, Closer by Joy Division, The Smiths Strangeways Here We Come, Culture Club’s Colour By Numbers, Duran Duran’s Rio, Oasis’ Definitely Maybe, David Bowie’s Aladdin Sane. I was thrilled to see Joan as Policewoman’s Real Life included and the Cocteau Twins’ Heaven or Las Vegas. Beginning with the Charlatans 1990 album, Some Friendly on 23 March 2020, the selection finishes with Fatboy Slim’s 1998 release You’ve Come A Long Way, Baby. There’s something for everyone, old favourites and new discoveries.

Take a closer look inside the book here:

Over the last decade or so I have explored favourite albums with groups of friends and fans through real life, real time, all in one room listening parties. Paying attention and sharing enthusiasm is a great way to enjoy music and to discover new artists. There’s so much inspiration here for when we can get our Talking Albums nights up and running again.

Published by Dorling Kindersley, it’s a substantial and attractive book, full of photos and information to delight and entertain. Sales of the book also support the Music Venue Trust, set up in 2014 to protect and secure live music venues up and down the country, including Band on the Wall in Manchester, The 100 Club, Hull’s Adelphi and others. After such a challenging period of their history, this support is both welcome and essential.