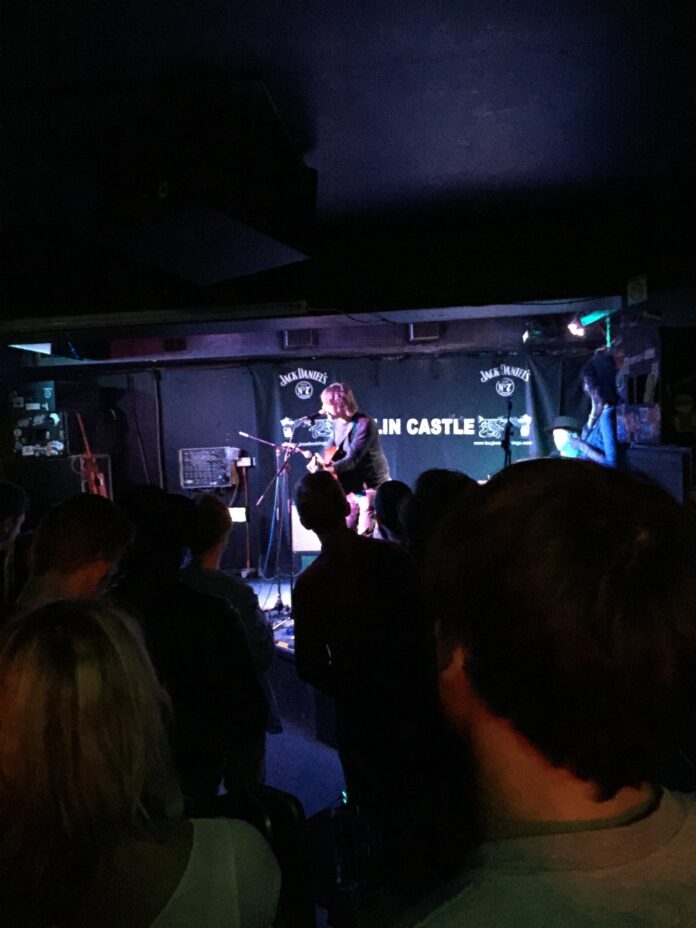 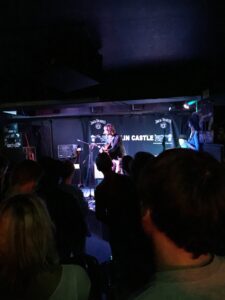 Approximately one month ago, one of the most important British bands of the last decade sent half of Glastonbury into frenzy by marching onto the eminent Pyramid stage to fill in Friday evening’s secret guest slot. In the weeks that followed, the usual hysteria that seems to surround The Libertines more than anyone else ensued – here’s what we’ve learned since then:

• The band is back from Thailand
• They’ve finished the long-awaited follow-up to their eponymous LP, and it’s called ‘Anthems for Doomed Youth’
• They’re going to be playing live shows to mark the occasion imminently

Speculation reached a climax at the announcement of ‘Somewhere over the railings’ (the title, lyrics taken from one of their lesser-known B-sides, ‘Never Never’), where cryptic messages were posted across their social media platforms promising ‘a week of folly’ to celebrate the new album.

The next thing fans heard came yesterday afternoon, when the band announced they’d be performing their first radio session since 2002 for Radio 1, at BBC’s Maida Vale Studios in West London. This is where my story begins.

Hearing about the session, I made a long mission from East to West London on the off chance of making it inside and catching the short set. By the time I arrive to Maida Vale at 8pm, the band is long gone, and the session is over, but I do run into a familiar face and musician from London’s gig scene. His message to me is a simple one – “Get to Camden as quickly as you can.”

Knowing how this band rolls, it can only mean one thing, and there’s one venue I have in mind. Having seen Pete Doherty play solo shows there before, I head straight to The Blues Kitchen, a rhythm and blues bar on Camden High Street that fits 250 people in at a push.

As it turns out, the band has spent the day in Dublin Castle (most famous, perhaps, for welcoming Blur for a number of shows in their heyday too). After an impromptu cover of ‘Albion’, a quick decision is made between them to carry on the party down the road, bringing every punter from the pub along with them.

Meanwhile, at The Blues Kitchen, as speculation mounts inside the venue and on Twitter throughout the evening, the website confirms a ‘last-minute set change’. It becomes obvious very quickly that making it inside tonight is a case of being in the right place at the right time. It’s not until the original act for the evening finish that the venue is full, and eventually at around 10:40pm everyone’s wishes are met, and led by Pete Doherty, the band march onto the tiny stage.

The first number is ‘Fame & Fortune’, a new one that is aptly something of an ode to Camden Town itself (“like two soldiers responding to a call / to Camden we will crawl”), and even John Hassall joins in on the chorus. They sound tight, but it’s during the string of classics from their debut LP (‘Death on the Stairs’, ‘Boys in the Band’, ‘Begging’) straight after that energy picks up between the band and crowd. Doherty leads the raucous atmosphere, disregarding security to dive from the stage into the front of the crowd at every opportunity; meanwhile Barat flouts the venue’s rules by nonchalantly lighting a cigarette, before requesting a shot of sambucca for every band member (It’s not long before his demands are met, and a bartender pushes through the crowd with a platter to give to the front.)

‘Gunga Din’, the lead single from the new album, comes next – of all the new tracks given an airing this evening, it’s this one that gets the biggest reception. The song focuses on Doherty and Barat’s former vices – heroin and alcohol respectively, and it might be for this reason that it’s played with the most obvious passion of all the new material.

‘Time for Heroes’ sounds as fresh as it did in 2002, and by the time ‘Vertigo’ finishes, the venue is in total chaos. Later in the set, the band surprise the crowd with one of their older songs, ‘France’, its melancholic tone providing a break from the madness for all of 3 minutes.

Before long, upon Doherty’s request, Barat dives into the crowd, surfing all the way to the bar, only to return with a bottle of Havana rum to dish out to Doherty and revellers throughout the front of the crowd. It’s one of their usual displays of breaking down the barrier between band and crowd, and another demonstration of why people fell in love with this band in the first place.

By the time the glorious ‘Can’t Stand Me Now’ finishes, the band have been playing for nearly an hour, and curfew is imminent. Doherty, though, is obviously in his element tonight, and having thrown his electric guitar into the crowd, he picks up his acoustic to play the opening chords to ‘What Became of the Likely Lads?’

Gary, John and Carl are soon coaxed back onto the stage, attempting a medley of classic British covers led by Doherty – first there’s The Stone Roses’ ‘I Wanna Be Adored’, before The Strokes’ ‘Someday’ and The Clash’s ‘Rudie Can’t Fail’. It’s shambolic, unprepared and a little bit hard to follow, but that was always a charm to the band’s music in the first place.

Members of the crowd who’ve never met before are arm in arm shouting the chorus to triumphant ‘The Good Old Days’ at each other, before crying during the band’s classic ballad, ‘Music When the Lights Go Out’. Doherty makes a brief tribute to his friends in Amy Winehouse and Alan Wass, both of whom died in tragic circumstances, before Barat leads him in a more riotous direction (as with the end of any of their shows) by prompting their more hectic numbers. ‘What a Waster’ has the crowd of 250 going for it like mad once again, and it’s clear the end of the night is approaching. During ‘I Get Along’, the final track from their debut LP, and in spite of security’s best efforts, the gig ends in usual chaotic fashion – an invasion ensues, half the crowd join the band on the stage to surround them, and Pete Doherty and Carl Barat collapse to the floor.

With the band’s equipment and guitars sprawled on the ground, Doherty grabs at a microphone, to lead the crowd in a chant of Chas n Dave’s ‘Knees Up Mother Brown’, while fans refuse to leave the stage for as long as possible.

‘We’ll see you again sometime soon’, Barat declares at midnight, before the group of four escape the sweaty room into the upstairs area. Wild, frenetic and unrestricted, tonight’s secret gig proves that The Libertines are back, and better still, nothing has really changed.