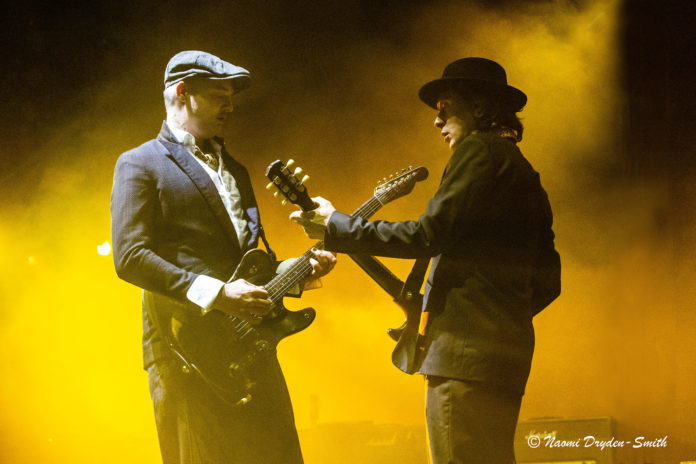 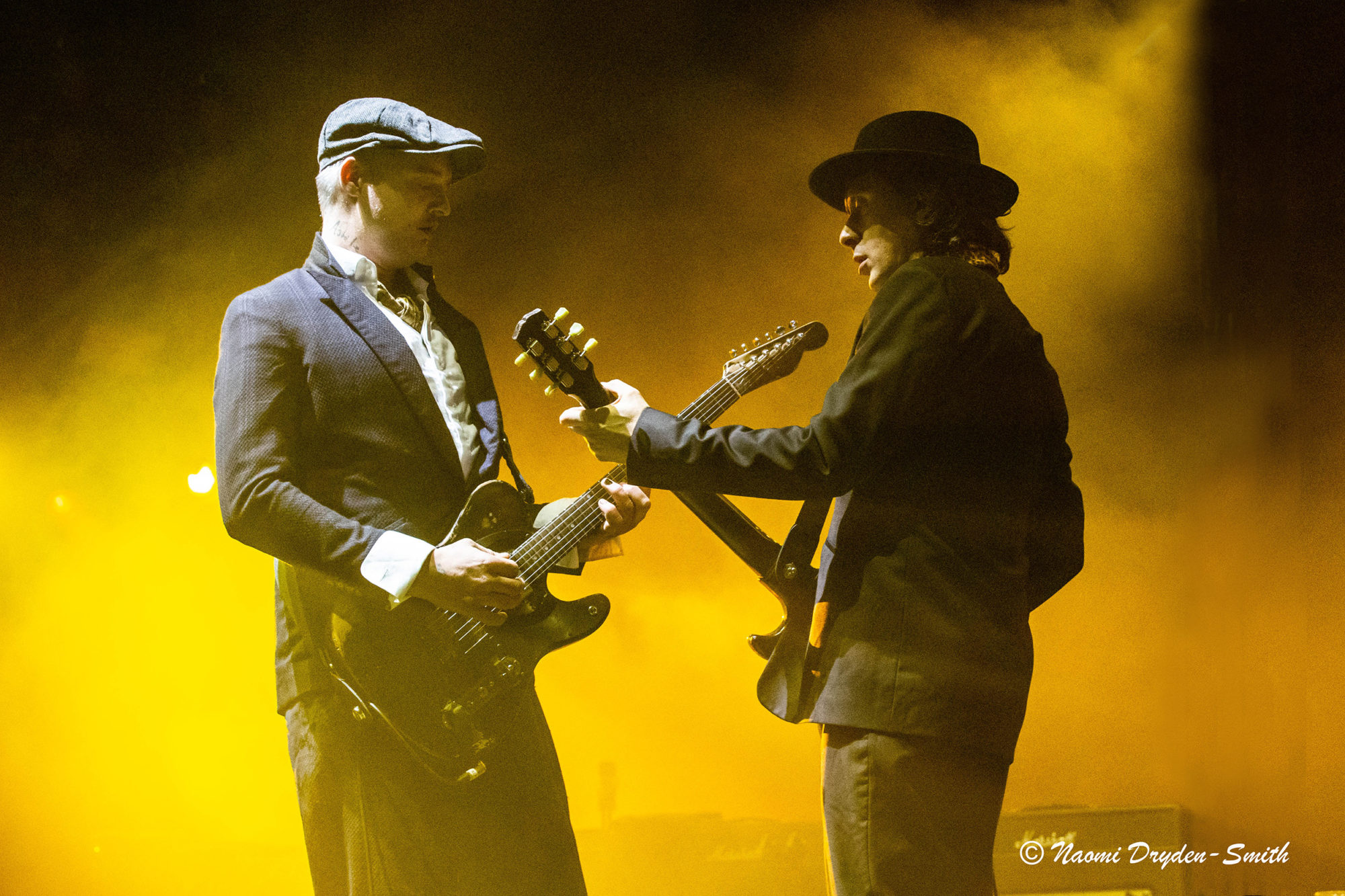 It may have taken seventeen years, but David Edwards finds joy and contentment at seeing The Libertines finally deliver the show he always wanted to see…

Back in the early 00s when life was simpler and the days seemed so much longer, I was frequently found delighting in and daydreaming about a shambolically brilliant band who seemed as likely to fall apart at a second’s notice as produce a terrifically angular, stop/start guitar song. For every anthem, there was a “head in hands” moment – typically relating to the antics of one Peter Doherty – and for every moment of glory there were dizzying falls from grace. In the space of barely two years, The Libertines came, saw, conquered and then fell apart. It was the quintessential story of the cult band. As Dr Eldon Tyrell states in Blade Runner (roughly paraphrasing Lao Tzu) “The light that burns twice as bright burns half as long”. In the case of The Libertines, this could be sped up a power of ten. A flash, a supernova, then nothing. 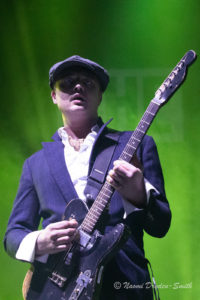 Except it wasn’t entirely nothing. Throughout the rest of the 00s, we had occasional bursts of hope from the various splinter bands (Babyshambles, Dirty Pretty Things, Yeti, sporadic solo records) but few things that actually hit home. At the end of the last decade, The Libertines were one of those wonderful summer romances that will live forever in your mind. Brief, beautiful, sorrowful and forever wrapped in clouds of bittersweet nostalgia.

So why then, a full seventeen years since I first came across the band, do I find myself standing in utter joy at Brixton Academy – screaming like a teenager, feeling a huge knot rising, forming and then tightening in my chest? And why, despite all the odds, does this not only actually happen, but they somehow manage to deliver on every conceivable level?

There is something both wonderful and strange in seeing a band characterised by fury and adrenaline settle into adulthood whilst still keeping the torch alight. And just like the Manic Street Preachers on their Holy Bible tour a few years back, tonight treads the perfect path between being solid, professional and elegantly ragged.  Opener The Delaney still sounds like perfect guitar pop whilst the likes of Heart of the Matter, Barbarians and Gunga Din, from 2015’s (underappreciated) Anthems for Doomed Youth, grow fuller and sharper teeth in the live setting. Horrorshow thunders and rackets; Boys in the Band still does that wonderful washer/dryer tumble and Up The Bracket is an utter riot – people thronging into the isles with beaming smiles and crooked fingers raised aloft. 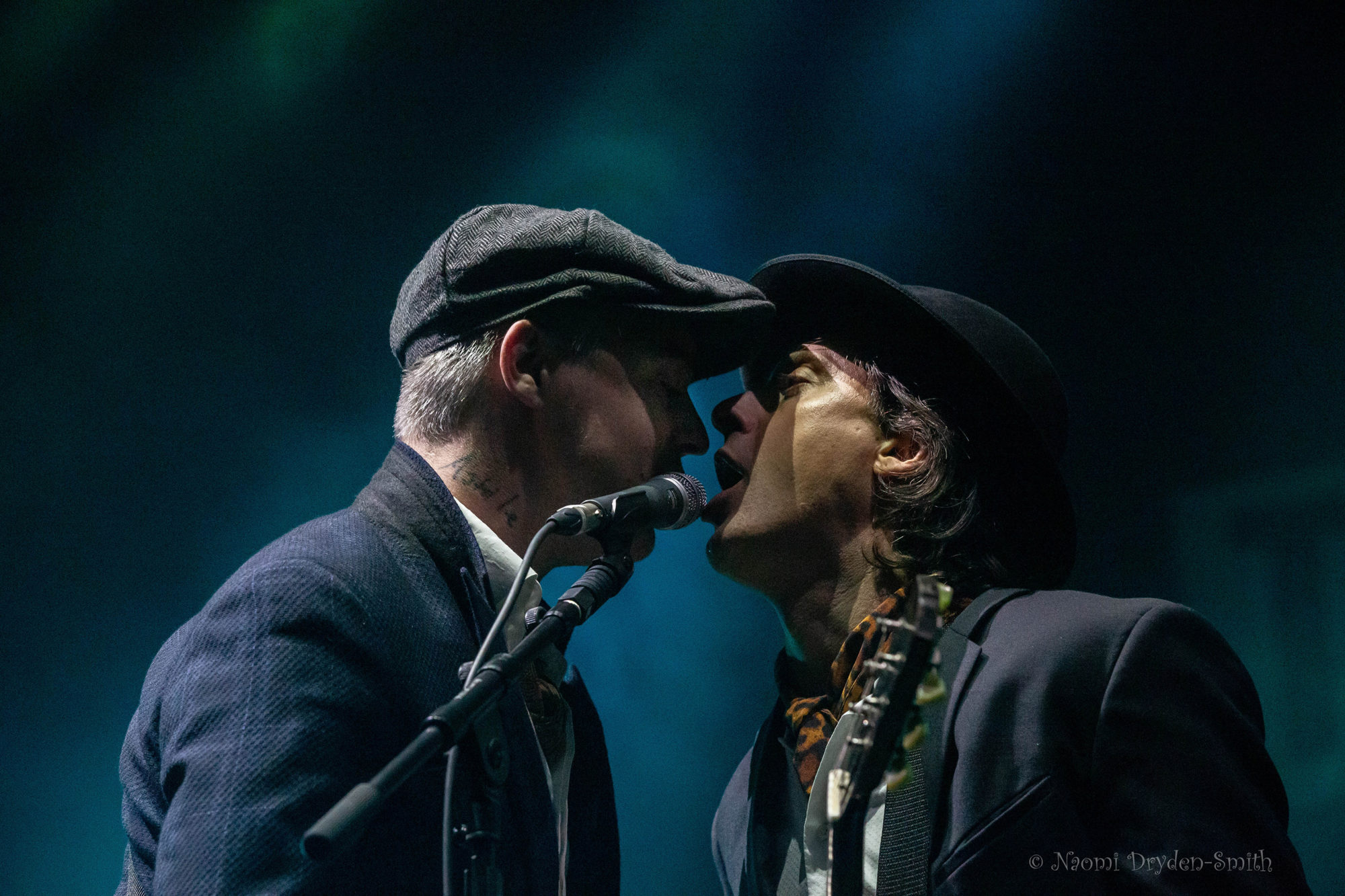 At the centre of it all, the band still remain as they ever were. Both Pete and Carl look older whilst John seems to have stayed in stasis – still barely moving, still semi-scowling, still a terrific bass player. Gary is his usual self – geeing up the crowd and the beating joyous heart of everything. But as ever, the focus is on the two frontmen. They pinball off each other and share the microphone as they always did. Yet somehow it means so much more now. The years and the recriminations from so long ago mean that when they both take opposite sides of the same microphone, it is all I can do to keep from crying at the mere sight of them together on stage (and especially when the whole band gather around the piano for a bar-room singalong at the coda of Dead For Love. The power of music has so many facets, but one of the key ones is how a band and a song can act as a teleporter to the innermost reaches of your soul and your most precious memories. This was MY band. They broke my heart and trampled on everything I held dear to me. Yet seeing them together tonight was a magical solvent that I could literally feel seeping into the deepest cracks inside. 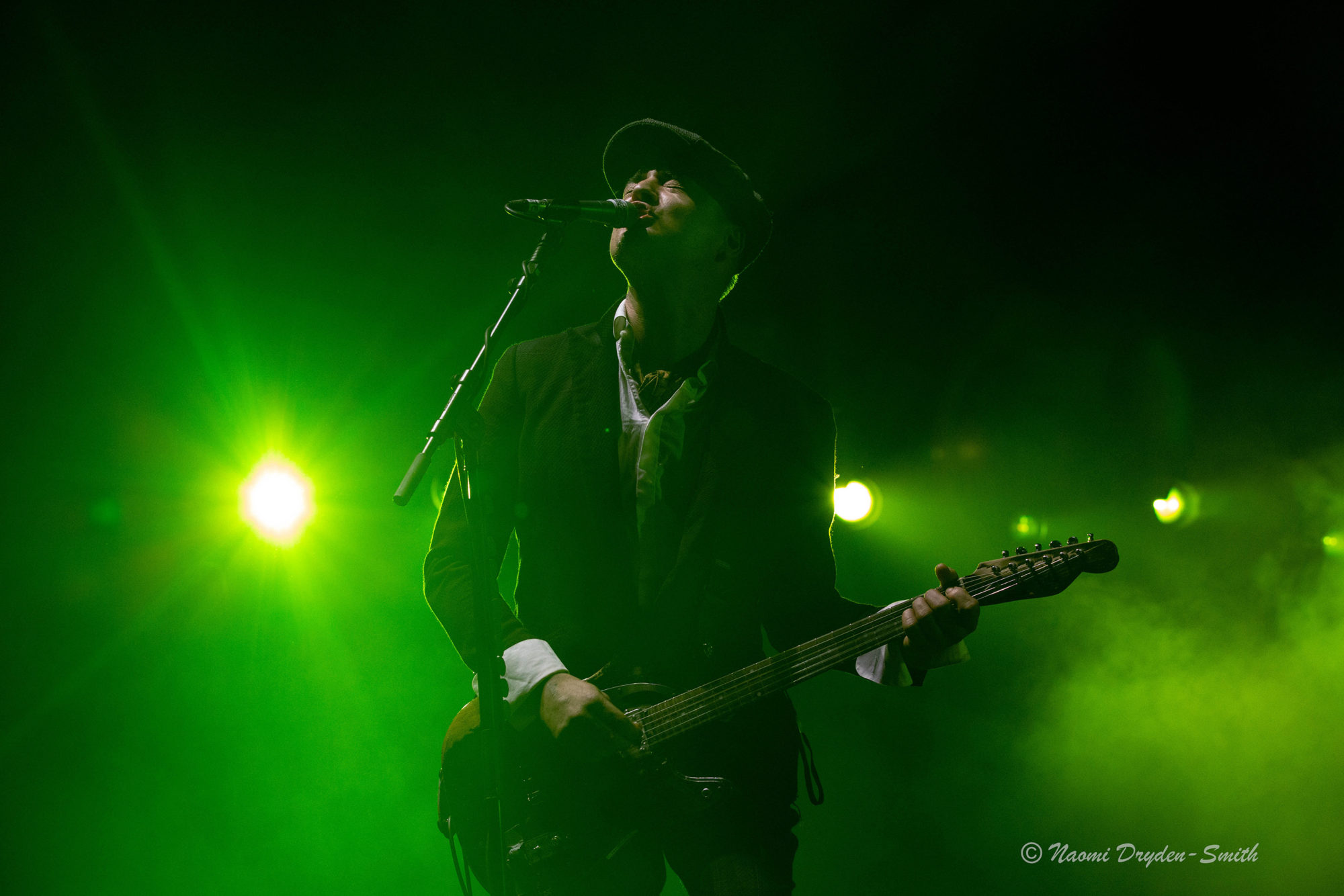 Hyperbole and gut-spilling aside, the second half of the set is a sequence of perfect and consecutively cascading moments. Can’t Stand Me Now remains one of the finest singles of the last 20 years. Death On The Stairs aches with poignancy and effortless dusty glamour. Music When The Lights Go Out and What Katie Did are bellowed back syllable-perfect by the crowd, who by this point have become a swaying sea of joy. And the final kiss off – the double-tap of What a Waster and Don’t Look Back Into the Sun – is as close to perfection as I can remember in a decade of watching live bands. They come to the middle for a group hug and to take the acclaim before striding off with looks of pure happiness etched across their faces.

Ninety minutes of tremendous songs; flawlessly delivered. Yet this felt like so much more. As the decade spins towards its conclusion, thoughts inevitably turn to self-reflection and taking stock of the past, present and future. The Libertines were a band that changed me as a person and gave me something beyond price and beyond measure, yet they were a band that I felt were snatched away from me cruelly and prematurely. Tonight felt like a vindication of everything I had believed in and clung to over the years. I needed this, we needed this. And it almost felt as if the world needed this. Wallowing in nostalgia is never good for the soul, but being able to finally watch this band without trepidation, worry or sorrow felt like a weight lifted from my shoulders. As I say, it wasn’t meant to be like this. Yet, it somehow worked out. It may have taken time, it may have taken tears. But tonight was the gig I was waiting to see for the best part of two decades. Sometimes it seems, stories really do have a happy ending. 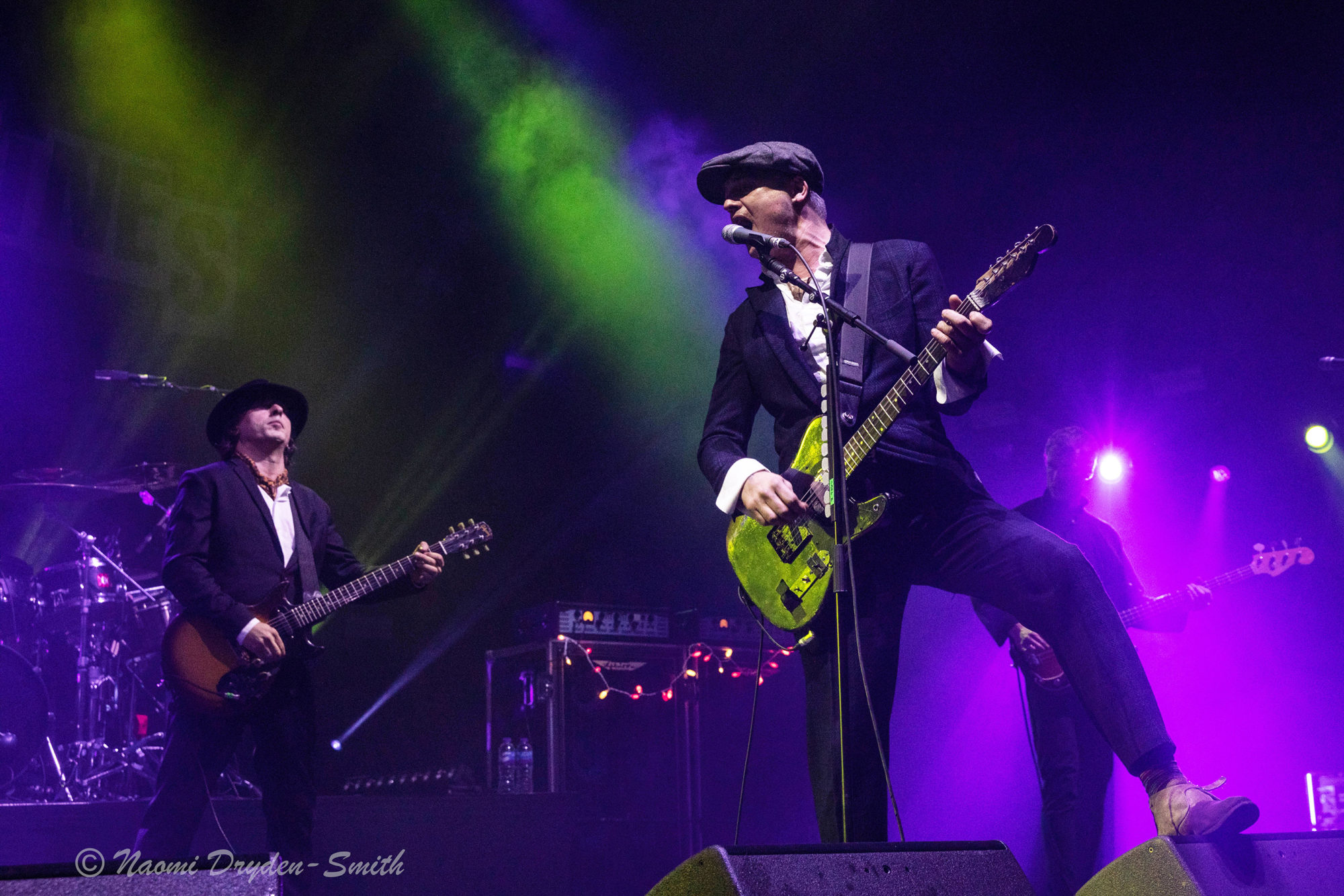