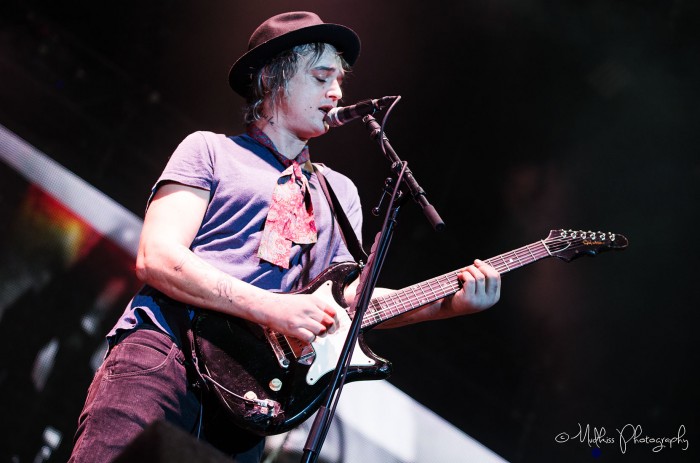 The long-awaited return of The Libertines leaves Louder Than War’s James Lowther in awe, with some excellent photos from Melanie Smith.

Ah, The Libertines. It’s been 10 years since they released their seminal self-titled album, and then they just… disappeared. They were just on the cusp of greatness. Well, that greatness has finally arrived. I’m not going to lie – I was never the biggest Libertines fan, but after catching half of their set at Glastonbury last year, then missing out on seeing them at The Ritz (due to Pete going missing) I had a renewed interest in them. So I snapped up the opportunity to see them at the Manchester Arena.

There was a stellar supporting line-up involved. Reverend and the Makers kicked things off with a 30 minute set. I’d not been all that impressed the last time I saw these guys, but this time something just clicked. Jon McClure had the small crowd eating out of the palm of his hand, and their set was incredibly varied too. Crowd favourite ‘Heavyweight Champion of the World’ obviously had everybody singing along, but a track called ‘Black Widow’ really caught my attention. A deeper and brooding sound for them that I’ve found myself listening to since the gig. And closing song ‘Silence is Talking’ had everybody chanting, long after they left the stage. 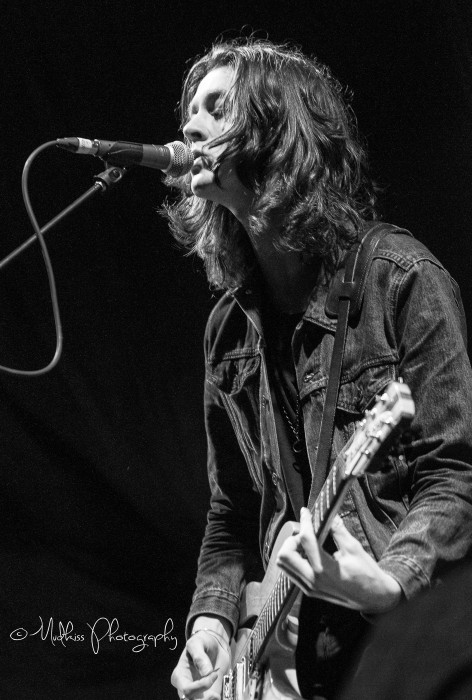 The next support were Blossoms, a local band from Stockport who I’ve heard big things about and I wasn’t disappointed. I felt like I’d been taken back in time. There was a brooding, 60’s vibe to the whole set, and as the crowd started filling up, they had everyone of us encapsulated. It was impressive stuff that such a new band could hypnotise this huge venue, and the tracks that I’d heard beforehand (‘At Most a Kiss’ and ‘Charlemagne’) were even better live than on record. These guys are definitely ones to watch out for this year.

Then came The Libs turn. And what more can I say about them? Every review has nailed it up to now. These guys are on astronomical form, and coming from somebody who just has a passing interest in the band, that really is saying something. They graced the stage to the sound of ‘Diamond Dogs’ by the late, great David Bowie before kicking things off with ‘Barbarians’ from their new album ‘Anthems for Doomed Youth’, they played a blinding set that ticked all the right boxes. 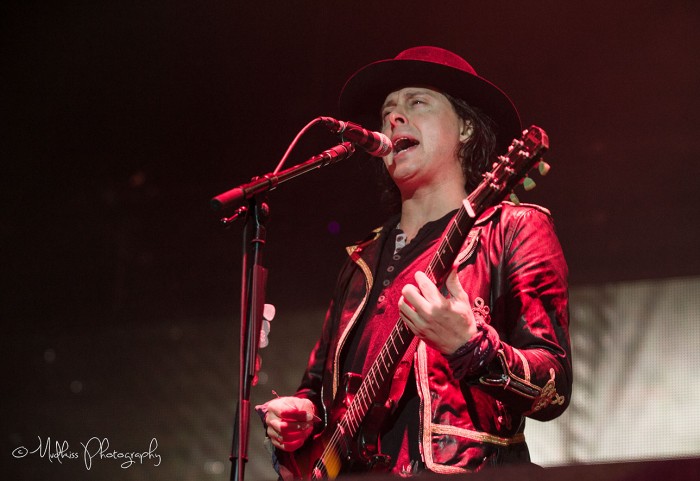 Sprinkled in between the new tracks were classics like ‘The Delaney’ and ‘What Katie Did’, they really couldn’t put a step wrong. I half-expected the set to be somewhat shambolic, but this really was organised chaos. Special mention has to be given to the lighting and staging, which far exceeded my expectations for a gig. They’re the kind of band you can imagine playing in a garage somewhere, and I wasn’t expecting their sound to translate so well to such a massive venue, but they pulled it off effortlessly.

If I had to make a complaint, it would be that the set was a little new-album heavy, meaning that we missed out on tracks like ‘Up The Bracket’ and ‘What Became of the Likely Lads’, but honestly, I’m really clutching at straws to complain about that. Plus, some of the new tracks were great, with ‘Heart of the Matter’ being particularly memorable. 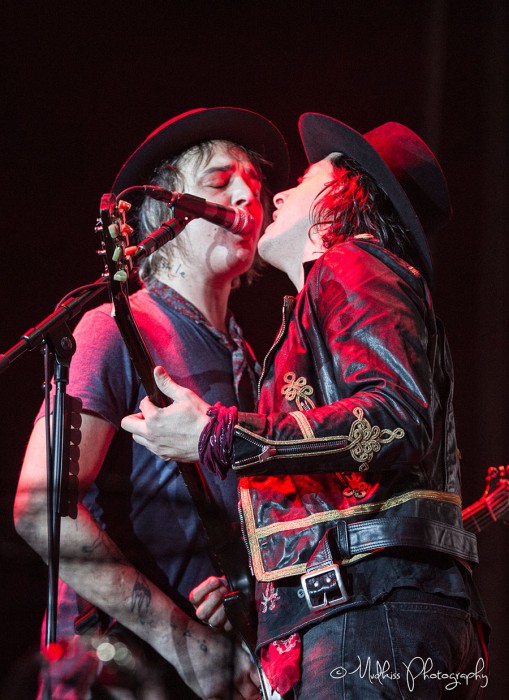 Doherty and Barat were on great form. Occasionally incomprehensible, it didn’t really matter what they did. The crowd loved it. People all around were chanting for Pete every time he popped up on the screen. They had a lady called Gladys pop up occasionally to hand them drinks. But they were just having fun – and the crowd (including myself) loved every second of it.

And, man. They ended things with a bang. They headed off-stage after playing ‘Time for Heroes’ and ‘The Good Old Days’, and after a brief interlude ended things with the always awesome ‘What A Waster’ and closed with ‘Don’t Look Back Into the Sun’ as the lights flashed yellow and the crowd whipped themselves into a frenzy.