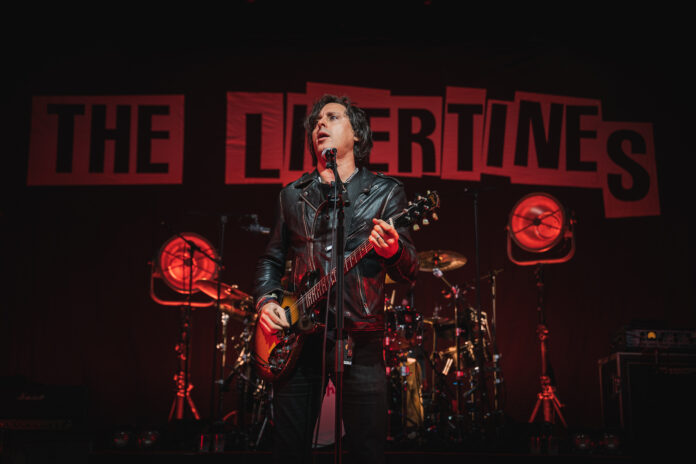 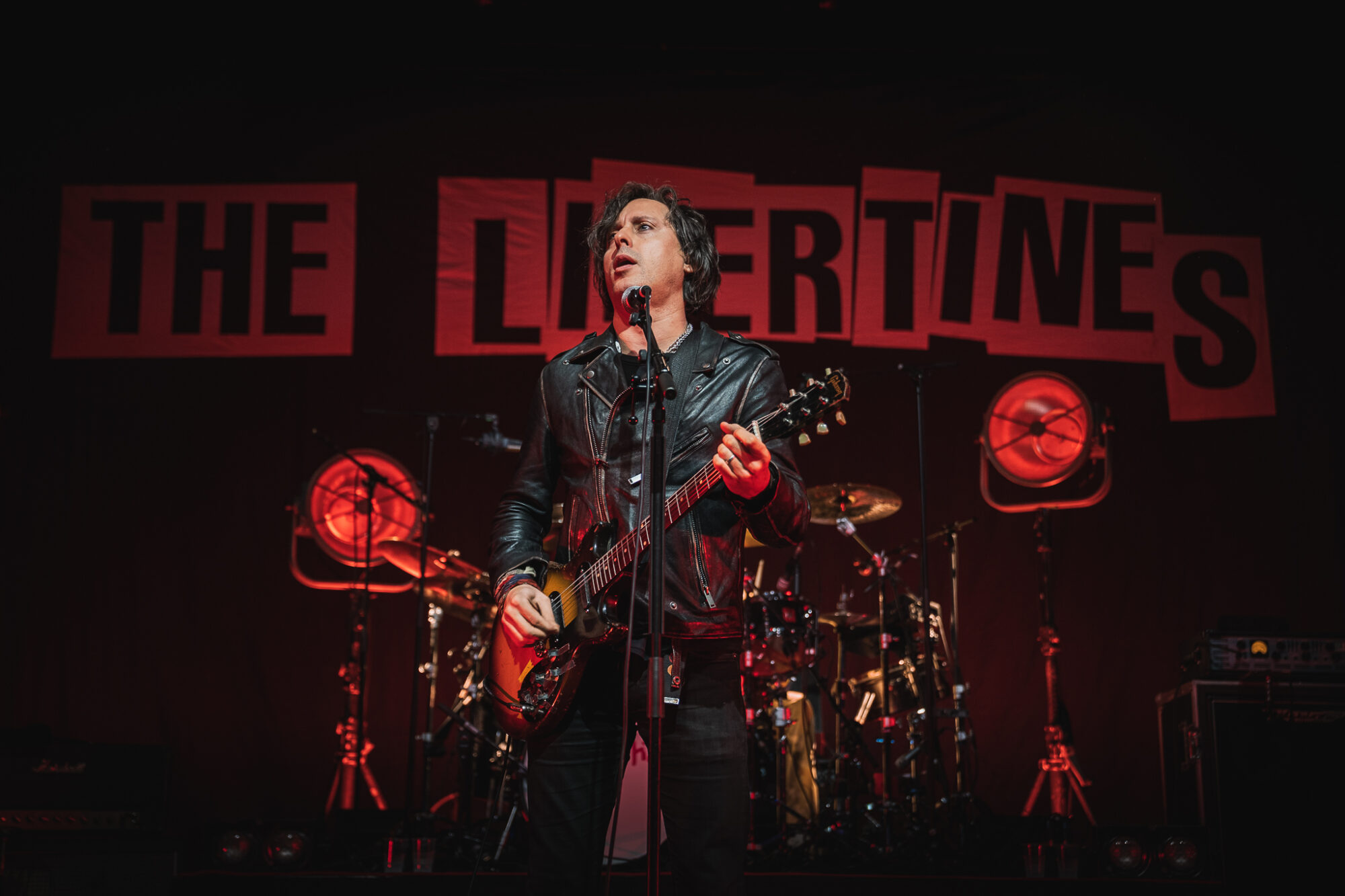 Libertines’ fans in London breathed a collective sigh of relief as frontman Pete Doherty soldiered on through illness to play a hit-packed setlist at a sold-out Kentish Town Forum.

Opening act Vona Vella from Leicestershire kicked off proceedings with some serene sun-kissed indie pop, with impeccable vocal harmonies from talented singers Izzy Davis, and Daniel Cunningham. The latter sounded a lot like a young Jeff Buckley, with his impressive range and smooth delivery. With Daniel on acoustic guitar, Izzy on a big classic looking hollow-bodied electric guitar, they took us through an enjoyable half-hour of jazzy soulful melodic pop tunes. 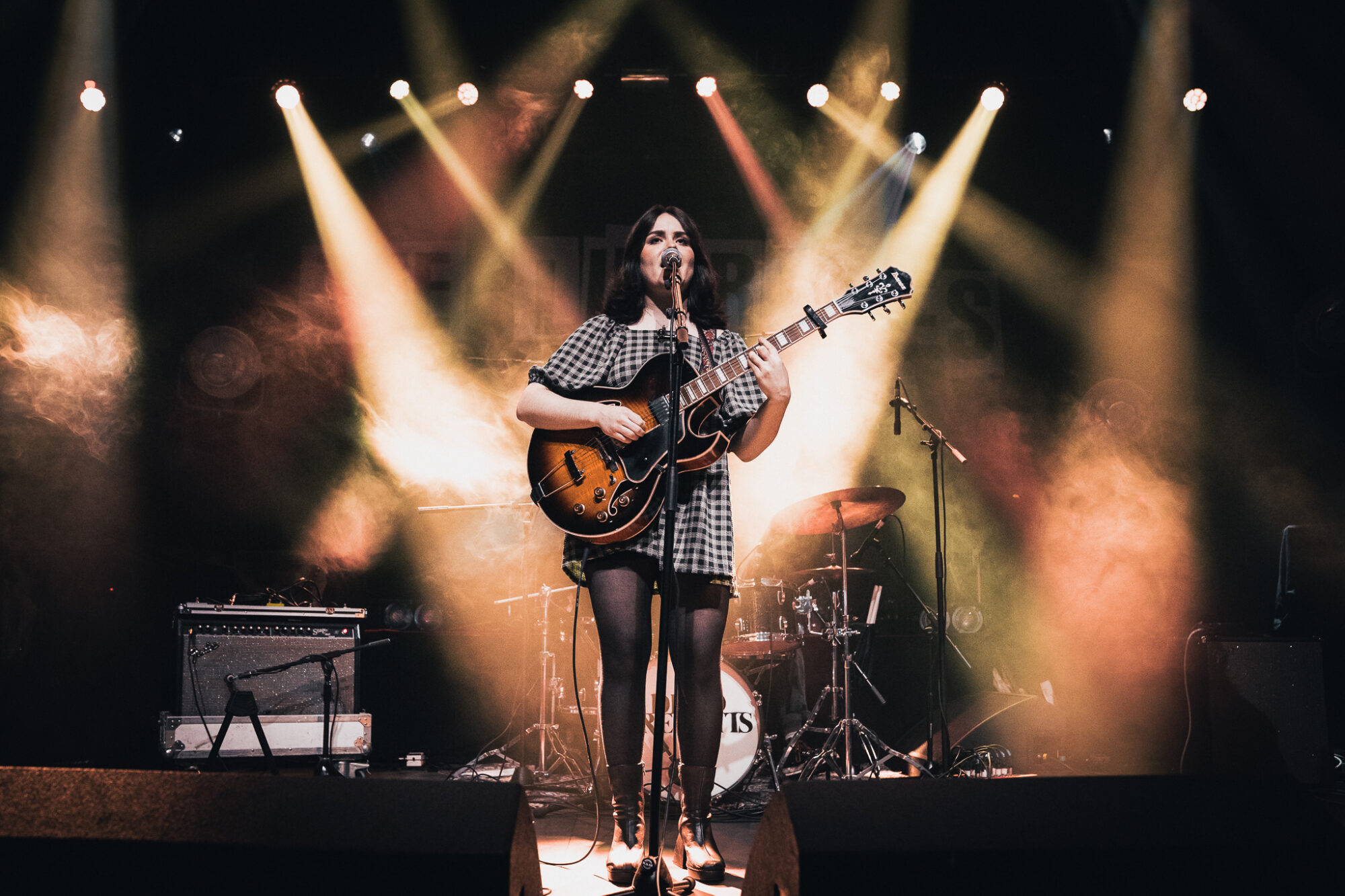 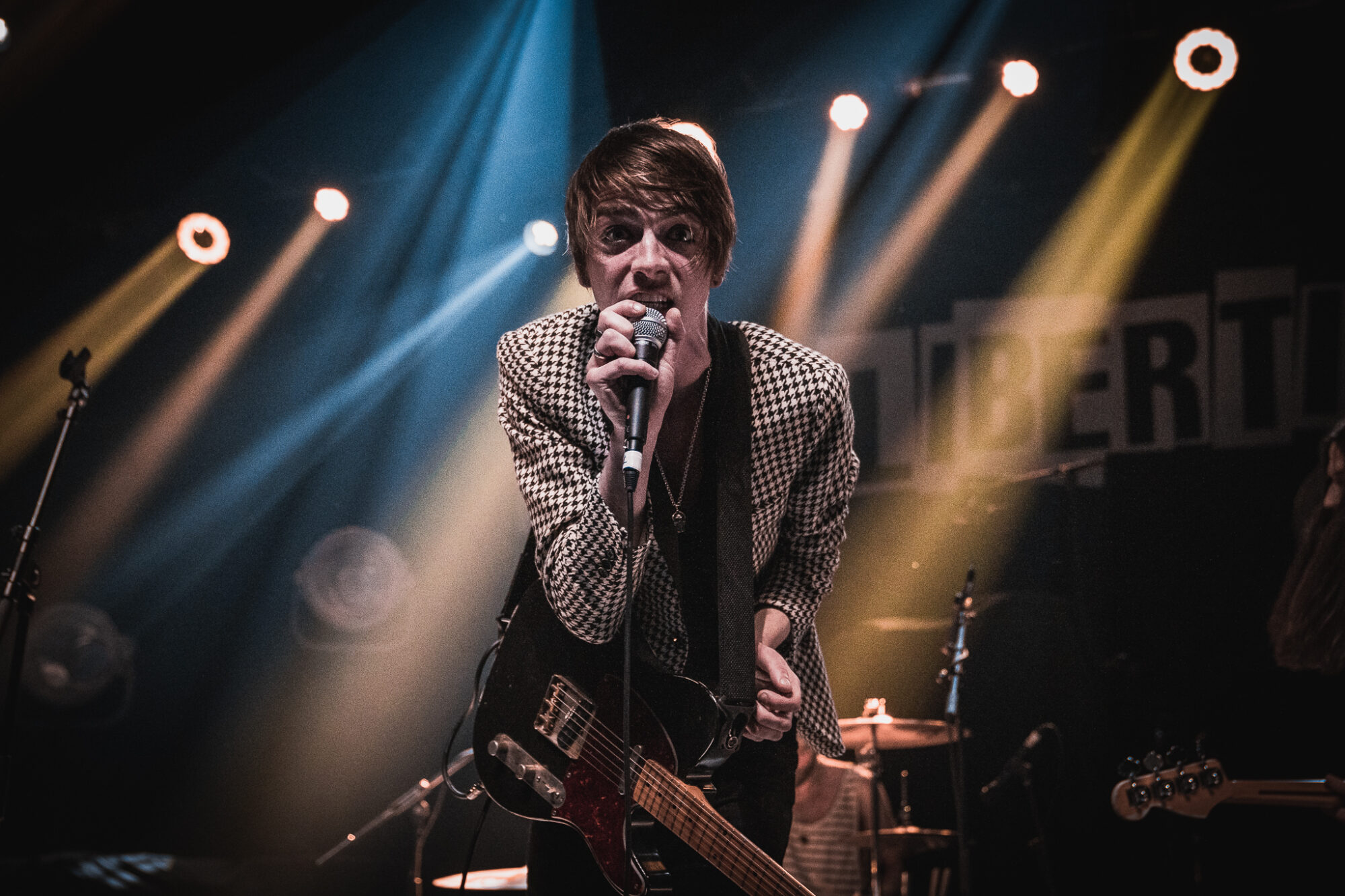 Other highlights include the darkly venomous tune, Bat Man, written after singer Charlie James was attacked in the street with a baseball bat. Taking the jaunty essence of the ’60s Batman TV theme tune, but contorting it into a powerfully aggressive punk song, bristling with rage was a brilliant way to digest a traumatic experience and spit it back out as art. The rest of the set shared a similar dissonance and provocative energy to band’s like IDLES and Fontaine’s DC, with spluttering guitar feedback, breakneck drumming and punk poetry vocals. The band had been the main support for the whole of The Libertine’s – Giddy Up A Ding Dong tour and did an excellent job of warming the crowd up for the imminent arrival of Camden’s finest. 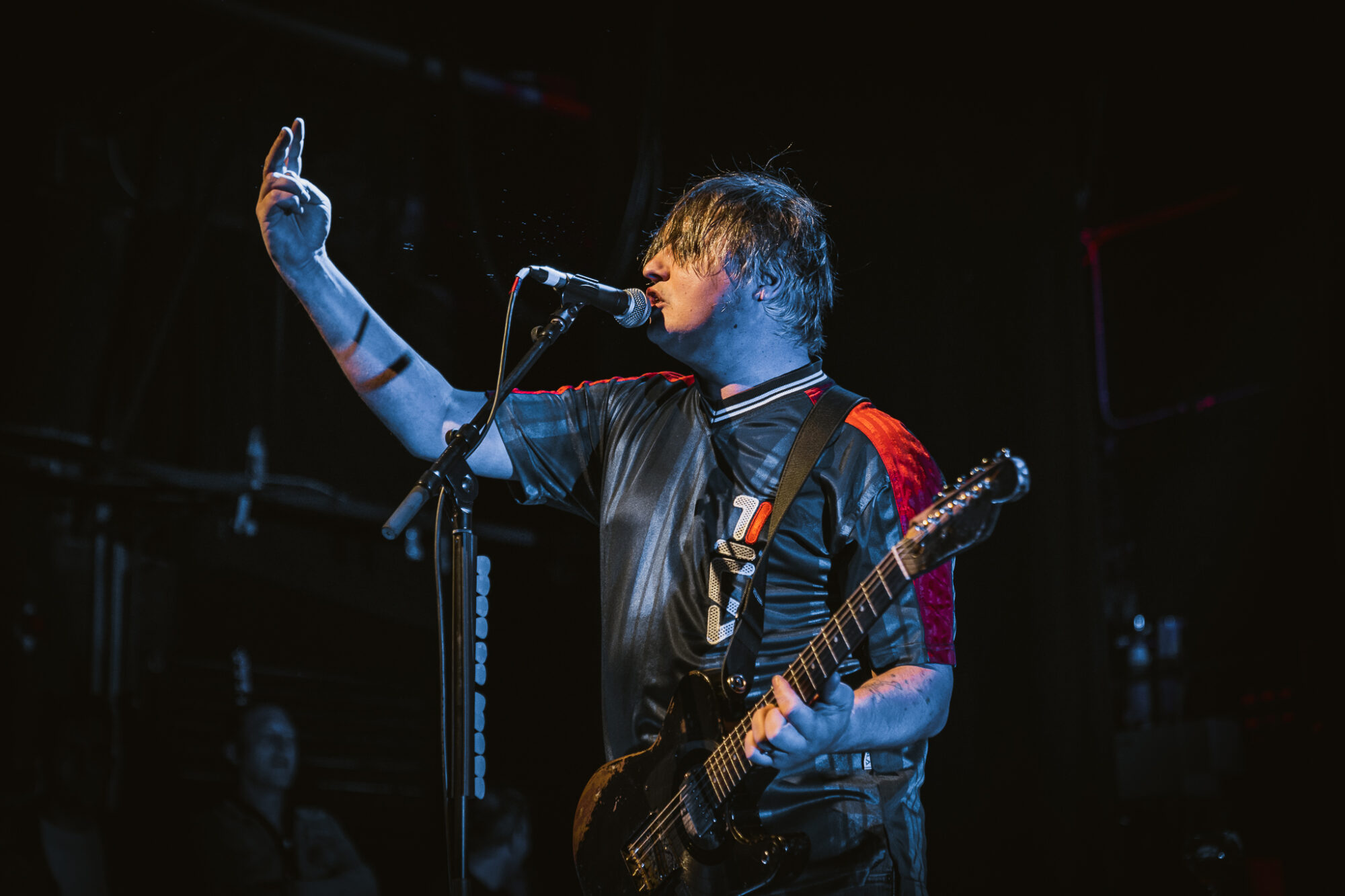 Striding onstage, the sight of Pete Doherty divesting himself of his homely dressing gown and picking up his guitar brought cheers of joy from the London crowd. To be fair, looking like he had just rolled out of bed has been a trademark of The Libertines frontman since the early days of the band. But having battled with respiratory infections forcing short-notice cancelled tour dates, he can wear whatever he likes, as long as he’s in good enough health to knock out some of his noughties classics.

Luckily for The Libs, their unique style of high octane, ramshackle indie means they can keep it a little rough around the edges and it’s still going to have that loose but exciting edge that classic indie guitar music fans love. After a handful few of those joyfully scrappy early classics such as What a Waster and Up The Bracket, they were all too keen to mix it up. Pete donned a battered acoustic guitar and Carl sat down at the piano for You’re My Waterloo, a more melancholy Beatles-esque ballad. A tender moment of respite before the electric guitars return and the band crash into debut album classic, Boys In The Band. 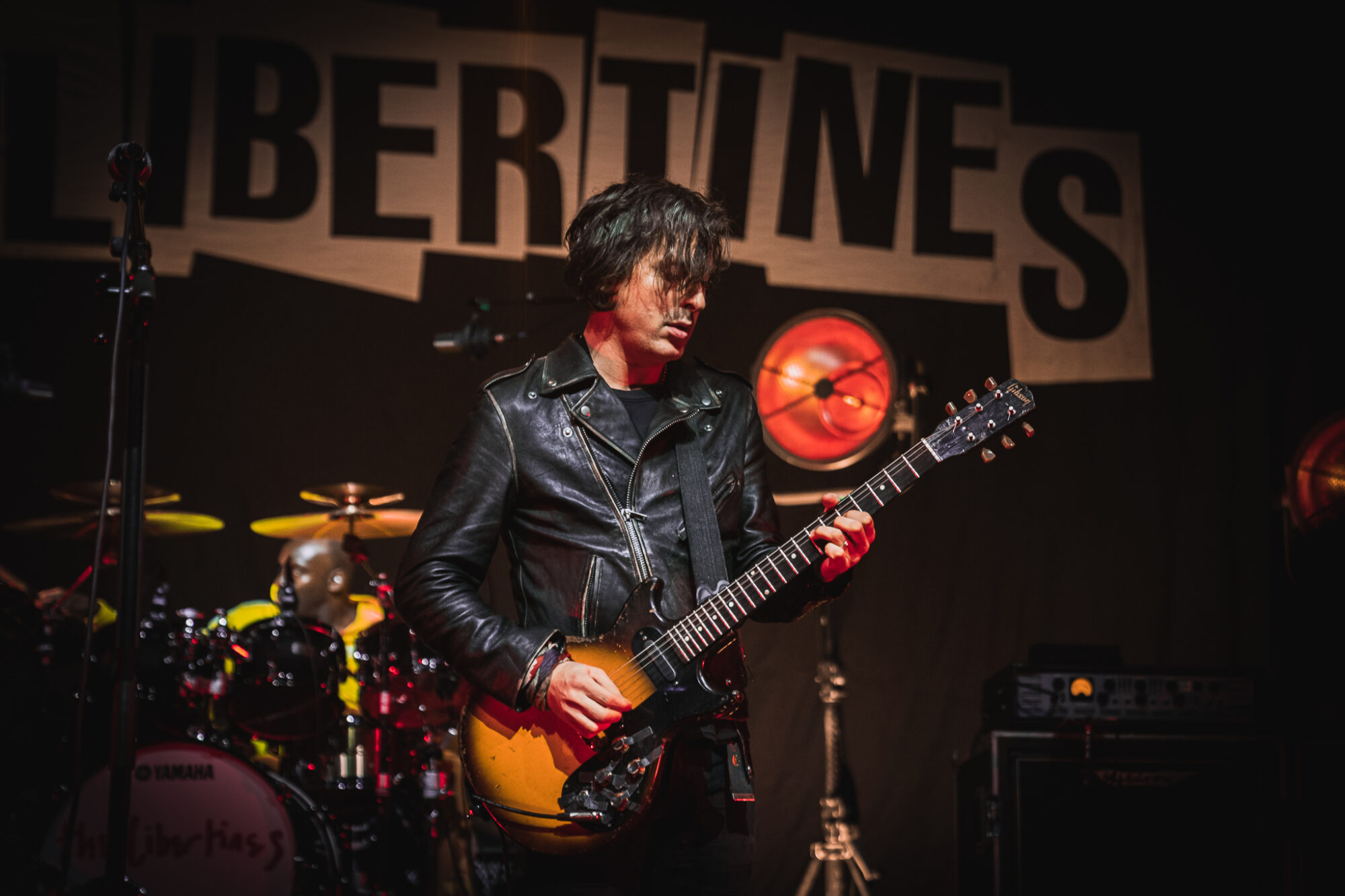 There wasn’t a whole lot of chat to the crowd, but saving their voices for the singing seemed like a smart move for Pete and Carl. More than a few times the stagecraft baton was handed over to drummer Gary Powell, whose technical ability really shone within the band. Very much the secret weapon, along with solidly dependable bassist John Hassall, Powell’s hectic but powerful drumming style is the skeleton that The Libertines hang their music on. Pete and Carl can ramble through their guitar solos with nonchalant swaggering flair, but it always comes back to Gary, steering the ship from the back of the stage, very much in charge of the beating heart of the music. He had more than a few extended drum solos, while the band sat back and had a breather, allowing Gary to show off his chops.

The band played a pretty comprehensive set, dishing out all the songs a Libs fan could ask for from their 3 studio albums. Singles such as What Became of the Likely Lads, Can’t stand me now and Don’t Look Back Into The Sun, got the biggest reaction, prompting a flurry of pints sailing through the air, that bathed the crowd in what almost seemed like a touch of warm nostalgic indie glory, but was mainly warm Carlsberg. Closing the set on debut album classic The good old days, instilled the vital message to the London crowd that “if you’ve lost your faith in love and music, the end won’t be long.” It seemed a perfect way to remind everybody what The Libertines still stand for, all these years later. 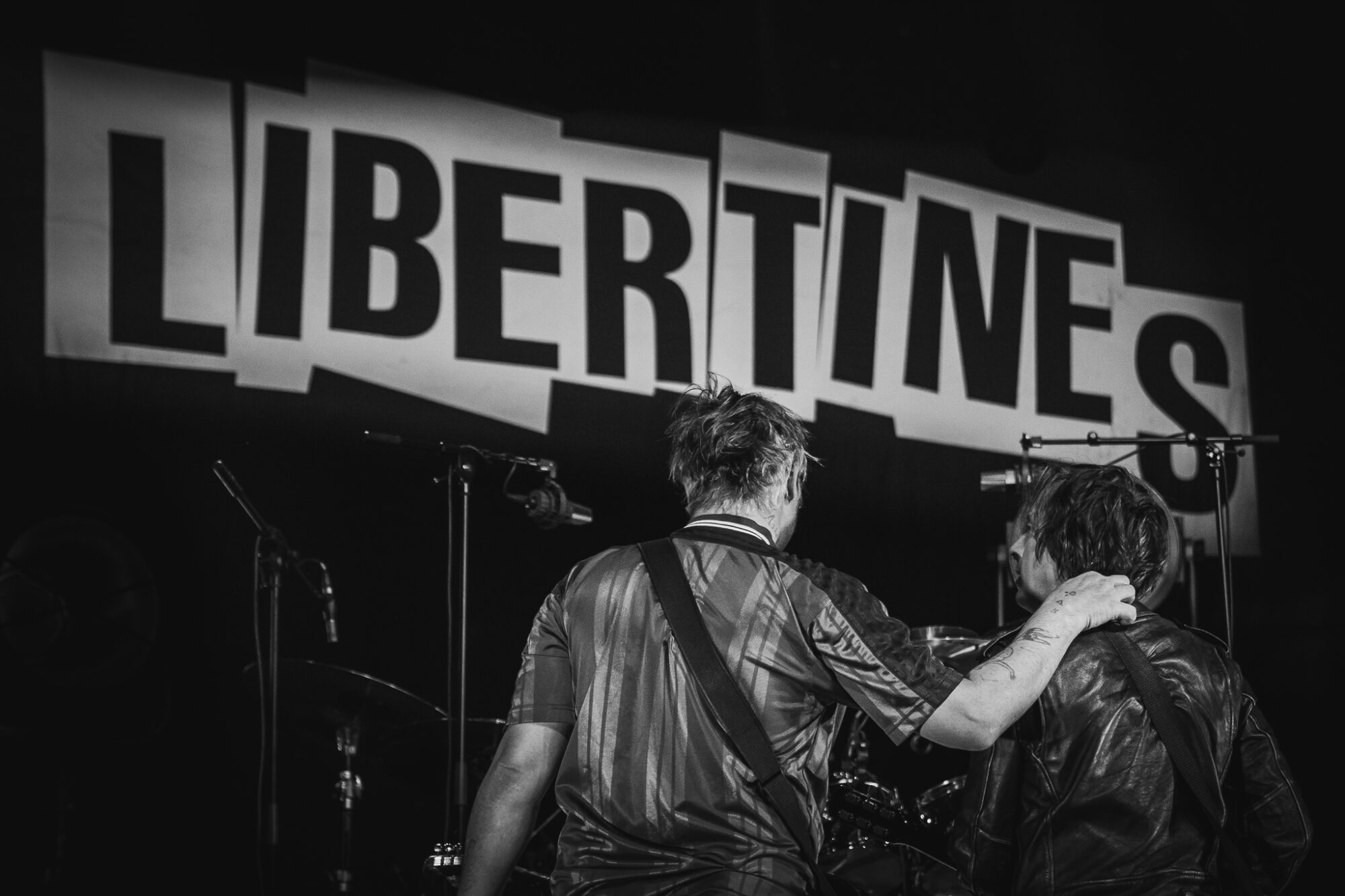