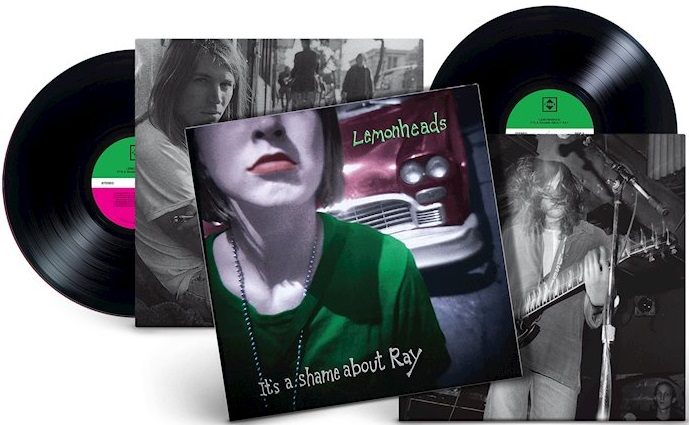 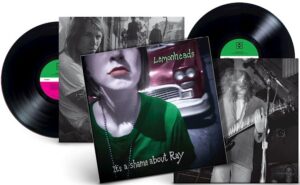 The Lemonheads: It’s A Shame About Ray (30th Anniversary Reissue)

It’s A Shame About Ray, the classic 1992 album from The Lemonheads gets a full 30th-anniversary reissue on Fire Records.

For me, it wasn’t the celebration of The Graduate that turned me on to Evan Dando and The Lemonheads. I was only twelve when that 25th anniversary came around. Rather, it was the sight of Mike Myers careering round in desperate search of Tia Carrere in Waynes World 2 in parody that was my first taste, and yes, it was that song, that cover version that proved to be their second-biggest hit. The at times maligned cover version was perfectly placed and timed to catapult the band to a wider audience for what was arguably the release of the best album of their career. Dando apparently had one aim in mind – to make Paul Simon hate the song…and apparently, he succeeded. His label also almost succeeded in overshadowing his best work, quickly repackaging and releasing the album with Mrs Robinson included as a bonus track.

Luckily, It’s A Shame About Ray could not be tarnished by its inclusion. From the off, on Rockin Stroll, Dando was plugging into a fresh-found energy, everything coming together in an L.A. studio that added a sun-kissed poppier edge to some of the best songs of his career. There’s a giddiness to songs like Alison’s Starting To Happen but it was tracks like Confetti, spinning around that now-classic opening line, the glorious jangle and harmonies of the title track and, of course, the laid back Americana of My Drug Buddy that were just three real highlights. And no one can doubt the added touch of having Julina Hetfield on bass and backing vocals.

It didn’t take their label long to reissue the album with Mrs Robinson included, and, of course it’s here as well alongside Shakey Ground, which originally appeared on the title track’s single release. And, of course, with any anniversary release these days, the extras are the icing on the cake. This rerelease certainly doesn’t disappoint as we get a beautiful acoustic session track of My Drug Buddy. A touch slower, more lamenting, cracked and melting, with Hetfield backing vocals adding precious harmonies. Stripped back of all production, Confetti cements its place further as one of Dando’s greatest songs, proving that old adage that any song of merit should work in its most basic form. It certainly does. More extras provide a window into the rehearsals of songs like Rudderless, Rockin’ Stroll and It’s A Shame About Ray among others.

Had they formed on the opposite coast, they could well have been the real poster boys of grunge, but theirs was a different path, one that came together in a blend of wonderful sugar-spun melody and doses of self-doubt on their fifth album. And oh what lyrics! They drip out, lines that hit with a real pathos time and again as Dando seemingly reflected on the chaos that surrounded the writing and touring of their previous album Lovey. Missed opportunities, lost friends, a drifting ship hampered naturally by the singer’s drug use. It was seemingly a personal reflection that spoke to many while retaining the lightness of touch and the almost laissez-faire attitude they had, possibly unfairly, become known for.

It’s A Shame About Ray delivered on Dando’s promise. Half an hour of guitar-pop perfection, walking the tightrope effortlessly between laid-back melodies and rousing indie cool. It brimmed with the confidence of a songwriter peaking. The following years may have seen Dando dangerously slide into his own image, somewhat squandering his talent for a while, but thankfully, out the other side, he has continued to create.

As he sings himself on, for me, the album’s real standout song…”Hope in my past.”

It’s A Shame About Ray (30th Anniversary Edition) is available now on pre-order from Sister Ray.