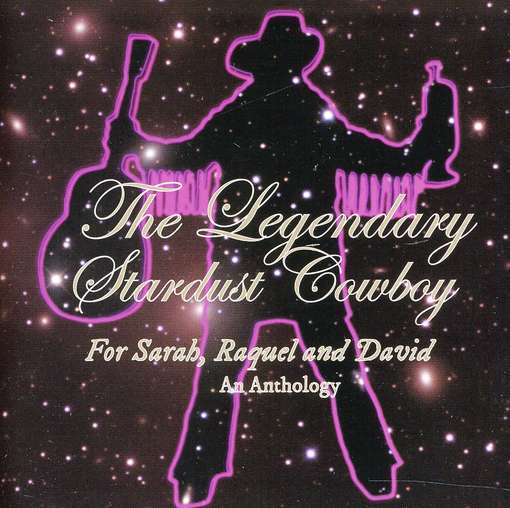 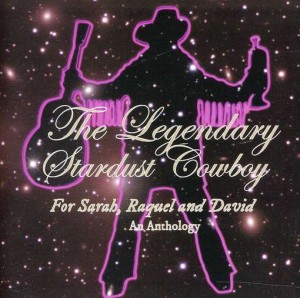 “This is for all the radar fans out there”Â

Legendary is an overused word; but if you are going to use it then why not incorporate it into your title ”â€œ for that’s what Lubbock, Texas performer Norman Carl Odam did way back in 1961 ”â€œ as a child he admitted to an obsession with space travel and coined the moniker The Stardust Cowboy when he first took up the guitar at school in an effort to impress female school friends, he later added Legendary – the rational being his comment “I am a legend in my own time”Â

The Ledge was influenced by the early recordings of Chet Atkins, and developed his own somewhat individual style of playing both guitar and bugle, not to mention vocal style; which has since become regarded as the pre-cursor to psychobilly.

At some point in 1968 The Ledge with his friend T-Bone Burnett found themselves in a recording studio, The Ledge had always wanted to “write a wild song that would captivate everybody”Â ”â€œ the result was ”ËœParalyzed’ which features wild unintelligible yelped vocals howled over frantic drumming and guitar distortion; the track has variously been described as both inspired genius and one of the worst records ever made. Despite this the track sold out of its initial 500 pressing and was re-released by Mercury Records who took it in to the Billboard Top 200

This 2CD anthology includes original Mercury ”Ëœhits’ along with material from every stage of his career, selected by the man himself. Since his unique sound was first captured on tape in 1968, The Legendary Stardust Cowboy has whooped, riffed and hollered his way through a career spanning six decades on the outer limits of stardom.

Regularly lauded, and covered by David Bowie, who allegedly took his own Stardust moniker in homage to The Ledge, and a cult hero amongst those in the know since the late sixties, The Ledge has recorded and released a series of bizarre albums and singles whilst making numerous interstellar proclamations in the process. The release gathers together the high points and key tracks from The Ledge’s career, as selected by the artist himself and his current, long established crop of supporting musicians which includes Klaus Fluoride (Dead Kennedy’s) who assisted in the production of the copious liner notes.
The 42 tracks include music ranging from the warped rock ”Ëœn’ roll madness of ”ËœWho’s Knocking On My Door?’ to truly weird interplanetary numbers like ”ËœI Took A Trip On A Gemini Spaceship’ complete with primitive echo effects to ”ËœKiss & Run’ which seems to come across as a Tony Christie lounge number though The Ledges seriously off key vocals will challenge most to reach the end of the track through to spoken word explanations/interview segments by The Ledge as he tells us that he will be the first person to own a universal passport allowing him to travel to Mars, and Jupiter.

The Ledge’s ”Ëœfreewheelin’ approach to music often belies his true talent, an unrecognised genius and a self belief which is impossible not to fall in love with, all of which this anthology look to explore. That said genius and madness are rumoured to be close sleeping partners, and at times many of these tracks appear to be the vocal ramblings of a madman who has interrupted another band mid recording ”â€œ is there any other way to explain ”ËœMy Underwear Froze To The Clothes Line’

And as the albums rather obscure title? Well the booklet shows pictures of The Ledge with David Bowie and signed press shots from both Sarah Ferguson and Raquel Welch ”â€œ whether the later two ever actually encountered The Ledge is open to speculation, but we can hope.

It’s unlikely the world will ever find the space to accommodate the likes of The Legendary Stardust Cowboy again, and thats a real shame ”â€œ I would dearly love to gauge the reaction of a current A&R man who took delivery of these recordings; The Ledge’s unique talent would be snuffed out by a faceless focus group ”â€œ and for that Cherry Red should be applauded for bringing together such a magnificent collection.

Paralyzed / The Ledge Explains / Who’s Knocking On My Door ? / I Took A Trip On A Gemini Spaceship / Down In The Wrecking Yard / Kiss And Run / Everything Sgetting Bigger But Our Love / I Walk A Hot Wind / Crack Of Dawn / My Underwear Froze To The Washing Line / Radar / Standing In A Trashcan (Thinking Of You) / Dynamite / Bladerunner / Geiger Counter / Stealth Cowboy / Credit Card Blues / I Hate Cds / There’ll Be Hot Coffee In The Old Bunkhouse / There’s magic In Your Eyes / Pahrump, Nevada