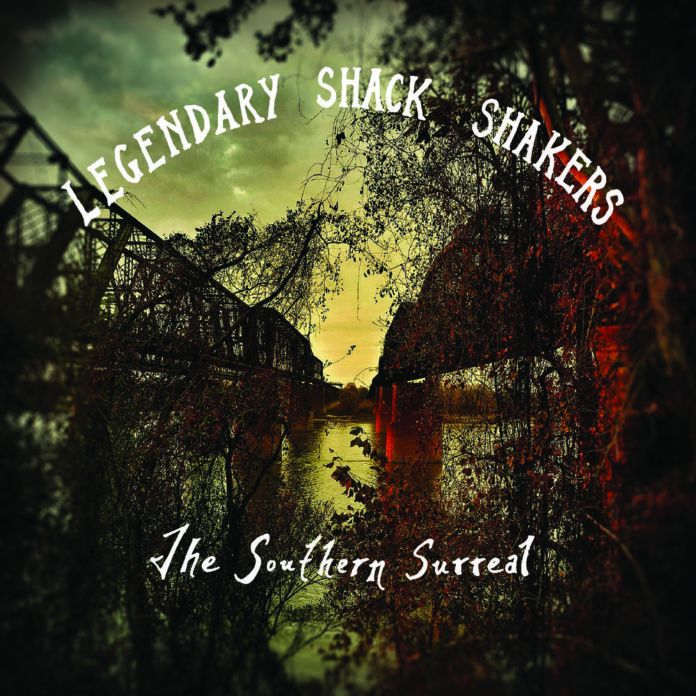 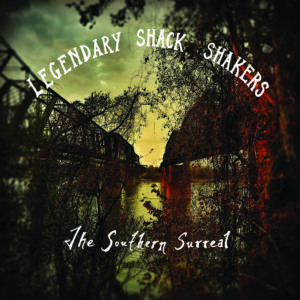 The first new material from Col JD Wilkes and his Southern wrecking crew in five years; ‘The Southern Surreal’ marks the bands 20th anniversary and their debut for Jello Biafra’ Alternative Tentacles imprint…a better home for this masterpiece could not be imagined!

Through the course of ‘The Southern Surreal’ the charismatic Col JD Wilkes leads us on a path of musical archaeology, and the path is heading due south, way down…far from the pseudo skyscraper sheen, the movers and shakers, the bars and restaurants catering to the sycophants of the US music industry; Wilkes has dedicated his life to Southern culture and this album is a glimpse into what he has absorbed – he isn’t just pandering to a phase; in the last couple of years he has self-released an album of lost mountain music featuring Appalachian fiddle player Charlie Stamper, he has penned a book exploring the barn dances and jamborees of Kentucky; such commitment has been duly rewarded – he is a bona-fide Kentucky Colonel, the title being bestowed upon him by the State Governor…

The Southern Surreal marks a return to the Legendary Shack Shakers line-up of bassist Mark Robertson, guitarist Rod Hamdallah, and drummer Brett Whitacre, and also features guest appearances by actor/musician and long-time Shack Shakers fan, Billy Bob Thornton, as well as Jesus Lizard guitarist Duane Denison; the regrouping is significant, it follows the recovery of Brett Whitacre who quite literally returned from the dead on three separate occasions as he was treated for a heart condition, finally being returned to health courtesy of a Pacemaker, the revived group returned to the studio and have now confirmed a raft of US and European tour dates which will see them taking their distinctly twisted American roots music to the faithful.

Opening with ‘Cow Tools’ a 30second guitar led riff before ‘Mud’ a Cadillac fuelled hoedown, Wilkes voice to the fore as he instructs you to “get on down the road”…’’MisAmerica’ again sees his voice dominate, whilst the barrel organ expands the track – there are so many layers and textures being revealed yet the track asserts its own identity. The Southern Gothic of ‘The Grinning Man’ immerses you into bourbon soaked darkness, glimmers of direction being offered by Hamdallah’ taut guitar refrains…in contrast we get the cautionary lament of ‘The One That Got Away’ a rich country base complete with a twisted thump and the gorgeously warm lyric courtesy of Wilkes and guest Lucy Cochran who also adds fiddle into the mix, this is the Shack Shakers at their pinnacle – drawing upon a vast swatch of sounds and influences then offering up their interpretation, reclaiming the musical history of the South.

Billy Bob Thornton delivers a reflective spoken word tale over a minimal yet deeply atmospheric guitar pattern as he details putting a dog out of its misery – and the moment the connection was made between animal and executioner; the mood is lifted by the hellfire psychobilly country of ‘Christ Almighty’ complete with pushed to the limit French harp, not to forget the field sounds Wilkes amassed as he prepared this album, the splash of fire water introduces ‘Demon Rum’ with its self-explanatory title, a barrel house piano – the sort of jaunty number playing away in the saloon of any Gary Cooper or Audie Murphy TV Western.

It’s good to have the Shakers back, it’s even better to realise that they are continuing to push boundaries, ‘The Southern Surreal’ is a genuinely fascinating living breathing history lesson, but one not content to merely reflect the past, this one is shaping the future.