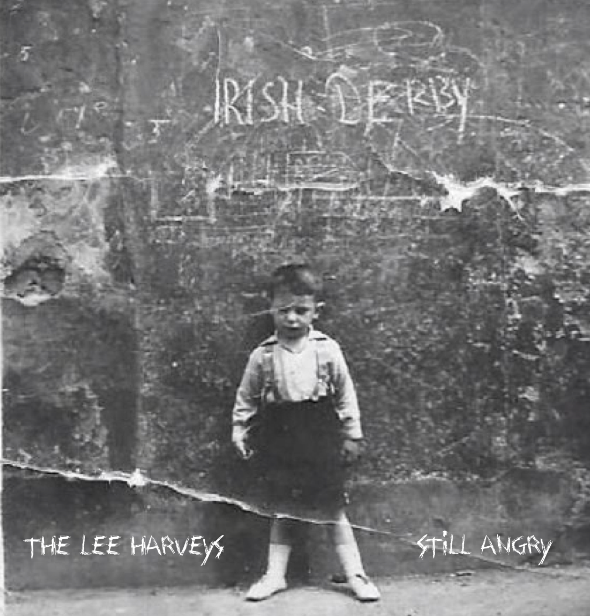 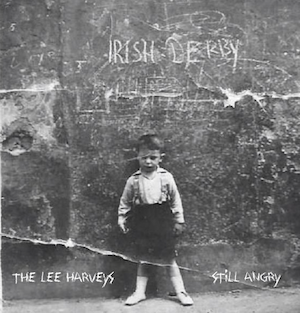 Dublin’s The Lee Harveys release a follow up to well received Gun City. It’s another slice of 1977 inspired punk that more than delivers on the promise of their excellent début. Louder Than War’s Ray Burke has been listening.

Ireland is in a state of unrest. Bank bailouts, and continued cuts to services. Tax breaks for multinational companies continue, and quangos of gangsters on extravagant salaries control natural resources.  Large protests were a thing of the past, and apathy had become commonplace. It took the government’s decision to privatise  the water service to unite people from broad and diverse social classes. Two weeks ago 150, 000 took to the streets to oppose it. It’s not  just about water any more, it’s right across the board anger.

The sophomore release from The Lee Harvey’s drops in the middle of this climate, and it couldn’t be more perfectly placed. Opening track Shoot the Lights kicks off with lead singer Bitzy’s mobilising cry “No more fucking bullshit, we’re sick and tired of it…” We are quickly re-introduced to the Harvey’s view of the world. Cut from the same cloth as the Clash they write songs that mean something. This is exemplified in the opener, a juggernaut of intense and infectious revolutionary energy. The Harveys are in full attack mode. The vitality and sincerity of delivery is enhanced by a great chorus and addictive hook. The band pledge a spirited commitment in the opening three minutes, a promise that fortunately they deliver on. The intensity is preserved for the preceding 27 minutes.

The band, now a quartet, have delivered yet another snapshot of their invigorating live attack. On their true north course of 1977 style punk with lashings of rock ‘n’ roll vigour.  Since the release of their debut bassist Stanto has left to pursue new band Hollow Cost and drumming duties with The Dubtones. Solo artist and Turfboy member Tony Carberry is his replacement. On Gun City some of the stronger tracks were those with guest guitarists, and new lead guitarist Ruaidhiri Kelly is a welcome addition to their sound.

The band continue their fascination with all things American on USA, which includes lots of confusing lyrics, but a few stand alone killer lines. Lead singer Bitzy is in especially strong voice, and really pushes his vocal throughout the album. “It’s what you do that makes it count…and not who you fucking serve”, he alerts us in his best sneering vocal. The injection of new blood has made way for plenty of elaboration, well placed harmonies and backing vocals give extra weight to tracks, heard on USA, and later Vegas when we are privy to harmonising that would give the Beach Boys a run for the money.  Kelly’s contribution can be heard again on the bluesy beginnings of Vegas before it makes way for an exuberant onslaught that descends into a homage to the The Dead Kennedys.

The Harveys affection for ’77 punk is as much about credentials as it is influence. The Clashesque riff of the title track soundtracks a nostalgic trip through the early years, what it was like to come of age in that period, but it’s bitter-sweetly juxtaposed with the trials of getting older and not being able to go back. Thoughts that are echoed in Be Someone, “There ain’t no time, but time is what you need”. With age though comes wisdom and The Harveys offer plenty of life advice, “Be careful in who you place your trust…” It affirms what the Harvey’s are about, and why they manage to sound fresh while the adhering to a ’77 blueprint. The concerns of youth have mutated into a lived philosophy, anger still prevails, and pulsates through their veins, and with that they manage to make what should be regressive sound new.

The 50s rock n’ roll influence has never been more apparent, and the merging of styles is perfectly realised on tracks such as Babylon, with it’s Cramps like intro that eventually makes way for one of the albums heaviest numbers. The sociopolitical stance of the band is at its peak on Kevin O’ Neil. It reveals the plight of a Glaswegian man who for the 28 years of incarceration protested his innocence. The track criticises the judicial system, proclaiming it to be nothing more than a sham. But even when the system is flawed, there’s hope, a belief that “the truth will out anyhow.” An optimistic point that was realised a fortnight ago when after an exhaustive campaign O’ Neil was finally released. Not aware of course at the time, Bitzy in full expressive voice again makes an impassioned plea for us to “take a good look around, see what you got!”, echoing similar earlier sentiments , “It’s what you do makes it count.” By all reports O’ Neil showed enormous resolve, never backed down, and never admitted defeat, the Harvey’s are the perfect band to write a song about him.

With 10 tracks at an average of three minutes long, a number like 3 minute heroes has a whack of irony off it. They kick down the door with a glorious converging of all the parts that make them great, the protruding bass lines, chopping guitars, all kept in line with rhythmic symbol clashes. As if to exorcise the nostalgia of earlier, Bitzy delivers a contender for lyric of the year, “One more time for the old school, two more times for the old fool” It’s defiant, and self effacing, bringing a smile to your face and a spring to your step. On Jesus the the love of Americana is evident again, it begins as a soulful blues standard of expressive guitar playing, and for a time it appears the album might end on a thoughtful retrospective note, before it erupts into an ecstatic rollicking number that leaves you shaking your head in disbelief as they manage to pull it out of the bag one more time. The album ends as it began with an impossibly infectious tune that will remain in your head after one listen. They are three minute heroes, and then some.

The LEE Harveys set the bar high with their début, and the have outdone themselves on follow up Still Angry. Rubbishing the idea of the difficult second album, this sounds fresh and vital, and each track could be a single. The harmonising on tracks like Vegas lifts this to a higher plateau than before, aided by the addition of the extra guitar and more layered vocals. Thankfully they’ve avoided any kind of shiny production, and stubbornly remain committed to their garage roots. It’s soaked in anger, but there is positivity in that anger. When interviewed on Bush being voted in after Clinton’s term a few years back, Marilyn Manson thought it could be a good thing, a positive for art, and music. People would have something to be angry about, and that would be reflected in their work, after all “anger is an energy.” That anger can manifest in such rewarding ways is abundantly evident here.

Punk has always been the consistent positive that stems from unrest and the residue of an unchanged system, it may never revolutionise, but it unifies and revitalises. The instincts that make for great melodic thoughtful punk are firmly in place here, it’s an instant classic, because it’s delivered with passion and truth.

The Lee Harvey’s write tremendous hook laden harmonious tunes delivered with fiery passionate vocals. The lyrical content is heartfelt, often political, irate, but celebratory. It draws parallels with youthful anger and the pains of growing old, anger is the persistent, and that’s why punk remains relevant, because there is plenty of reasons why we’re Still Angry.

You can order the album here.

The Lee Harveys launch their album in Dublin’s Thomas House this coming Saturday night, the 29th of November.

All words by Ray Burke. More of Ray’s writing on Louder Than War can be found here. Ray’s radio show on Limerick’s Wired FM is Left of the Dial, to hear old shows go here. You can also follow Ray on twitter as @leftofthedialr.