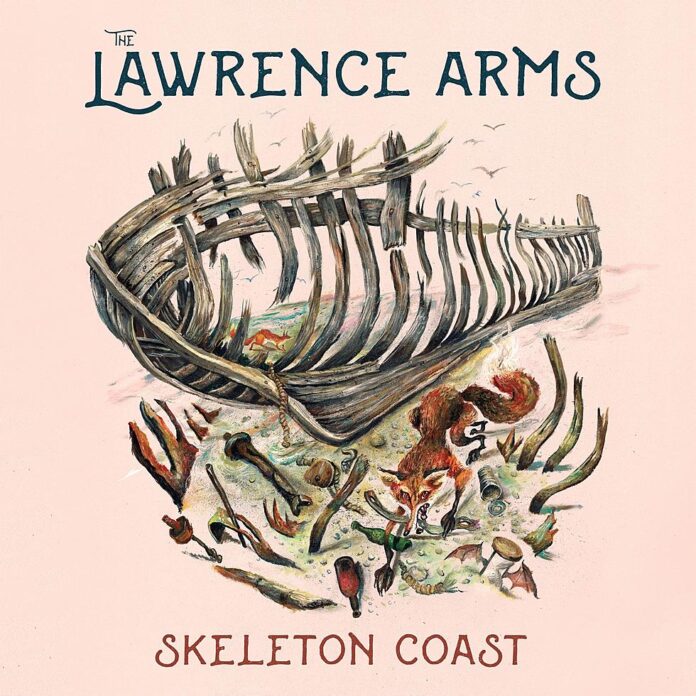 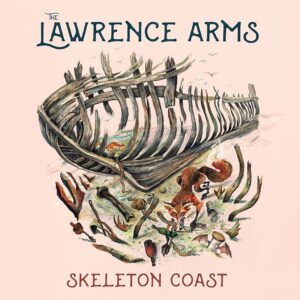 Since forming in 1999, Chicago trio The Lawrence Arms have gone on to release seven studio albums while carving out their own niche in punk history. As a result, they’ve been name checked as influences in interviews and supported (punk) household names throughout their career. Despite this, they’re still very much a “band’s band”, and as such, have often found themselves overshadowed by the more mainstream likes of fellow Chicagoans Alkaline Trio.

Despite being on my radar for some time, Skeleton Coast is the first occasion I’ve ever spent any real time with the band’s music, and it succeeds in being both the perfect introduction for the uninitiated, but also proves The Lawrence Arms to be one of the most vital, yet most under-appreciated bands of their generation.

A record of two definite halves, Skeleton Coast is an album interested in “searching for light in the darkness, and finding it no matter how small those moments may be”. It’s a narrative reflected across the album as a whole, as tracks alternate from the upbeat and optimistic (Last Last Words, Ghostwriter), to the snotty and scrappy (Belly of the Whale, Goblin Fox Hunt), a pervading feeling of angst and anger is offset by soaring moments of optimism, elevating the record far beyond the basement-show aesthetic of its more guttural moments.

In this sense, Skeleton Coast shares much in common with bands such as The Menzingers or Spanish Love Songs; a deft understanding of balancing weight against rawness; of emotional gravitas against sheer catharsis. Where the former’s After the Party album sought to find hope and optimism against a backdrop of growing older, Skeleton Coast does similar. Only instead of a narrative on the inevitabilities of aging, The Lawrence Arms offer something less defined.

As such, Skeleton Coast as a record is what you make it, its 14 tracks cementing The Lawrence Arms as serious players in the melodic punk world. And, in its aim to find light within the darkness, does just that, proving to be a beacon of hope within the sea of uncertainty that is 2020.