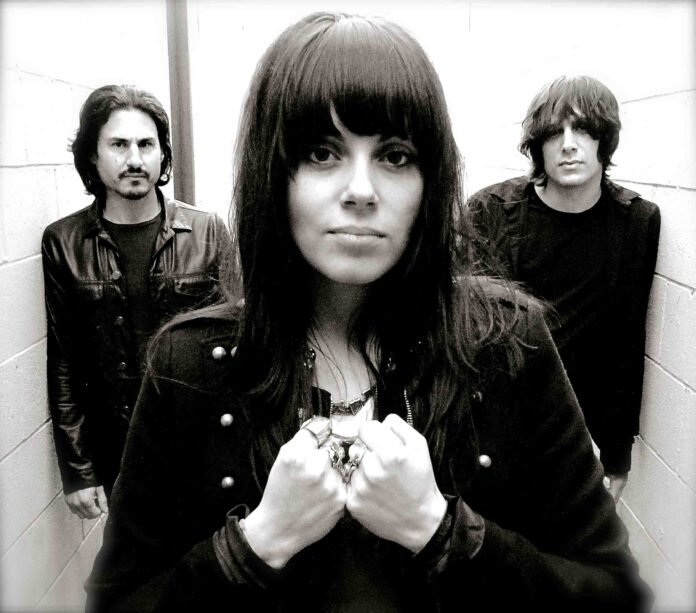 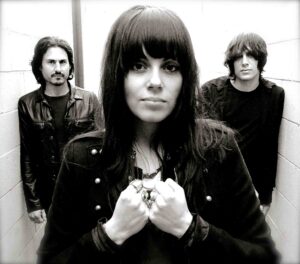 The Last Internationale – We Will Reign (Epic Records)

“Part joyous awakening, part indictment of unnecessary suffering, part astonishing love-letter, and part full-throated invitation to a revolution”. These are the words used by the distinguished US academic and anti-war activist, Bill Ayers, to describe this impressive debut from New York trio The Last Internationale. Comprising of guitarist Edgey Perez, vocalist Delila Paz alongside Rage Against the Machine drummer Brad Wilk, they have certainly been grabbing attention and apparently rendered David Letterman speechless so impressed was he with their performance on his show.

We Will Reign is produced by Brendan O’Brien who has worked with the likes of AC/DC, Bruce Springsteen, Pearl Jam, Rage Against The Machine and Neil Young, alongside US singer-song-writer and Raconteurs member Brendan Benson. Together they have played a role in the delivery of an outstanding album that smashes complacency out of the park and delivers songs of injustice and social conscience driven by power-house drums, shellacking guitars and superb anthemic choruses.

Pounding drums herald the uncompromising opener of Life, Liberty and the Pursuit of Indian Blood, a no-holds-barred stormer that will shake the unwary out of their torpor. Delila Paz is taking no prisoners as she belts out lyrics like “We’ll burn the streets, Regrow the forest, We’ll rob the richest, Give to the poorest”; offering an agenda that many will be more than comfortable signing up to.

That is the undoubted strength of The Last Internationale, they adhere to a strong belief in the US Folk tradition with influences like Woody Guthrie and Bob Dylan but fire out some scorching rock sounds that are big enough to fill arenas. Title track We Will Reign continues the anti-fat-cat line that makes this album such a refreshing blast and Battleground is another stirring hymn of unity in adversity.

Killing Fields, featured in the hit series Justified, is another driving rocker that considers the corrupting nature of power however, this band are certainly not one trick ponies. One of the standout tracks on We Will Reign is the gentler Devils Dust, almost a touching love song. It’s written from the perspective of a woman watching her husband coughing and struggling with his health as a result of working as a miner and wondering if they will ever share any retirement time. However Fire, the opposite of a tale about a stable and loving relationship, is a dark tale of revenge as the female narrator tells of her determination to “make him pay for what he did”.Wanted Man follows a similar line as you can see from the video below.

Delila Paz gives a soaring, blues-driven rendition of The Shirelles classic Baby It’s You which works brilliantly and seems to complement the other, more rabble-rousing tracks perfectly. Above all else, the main theme of We Will Reign is love and pride, albeit in circumstances of extreme challenge. “The more I make revolution, the more I feel I can make it love” the uplifting 1968, based on the events in France during that year is a fitting album closer that seems to unite the themes of pride, defiance and love that characterise the album.

We Will Reign is power-soaked, hard hitting and in the best traditions of the punk and rock influences of New York City. More than that however, The Last Internationale manage to weave a strong thread of their Folk and protest influences throughout the album that, combined with the potency of the sound, create shock-waves that will resonate for some time to come.

The Last Internationale are currently on tour with Robert Plant. For more information visit their website: thelastinternationale.com or their Facebook page. They also Tweet as @TLImusic