Home Music Bands The Kinks: Arthur or the Decline and Fall of the British Empire... 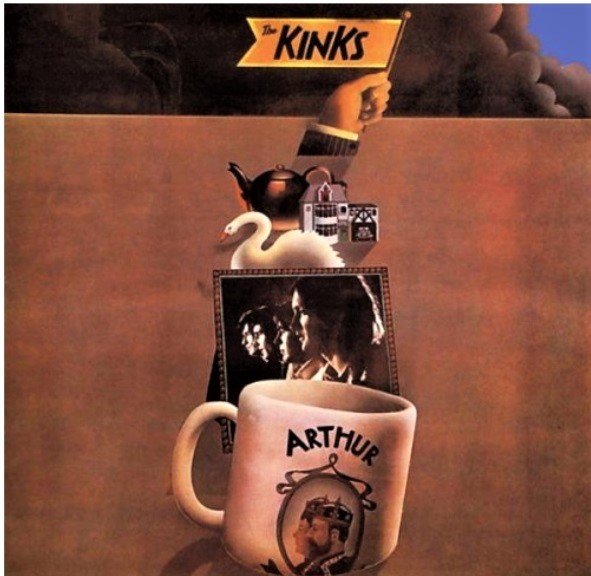 The Kinks: Arthur or the Decline and Fall of the British Empire – 50th Anniversary Editions 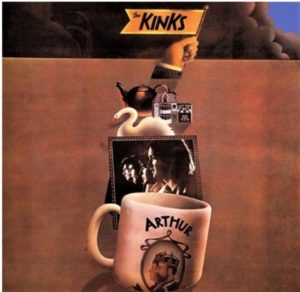 Ray Davies’ criminally overlooked and hugely influential masterpiece reissued in several different formats, with a world of bonus goodies including previously unavailable tracks, new recordings, mono and stereo mixes and Dave Davies’ lost solo album. The jewel in the crown in the British tradition of social commentary, which blew the doors open for the likes of … well, you know who! 50 years on, it is still alarmingly relevant.

During the late ’60s, while the Rolling Stones and The Who were having huge chart success and grabbing the headlines with drug busts or smashing up instruments like spoilt rich kids, the hits had dried up for The Kinks. But when you listen to their late ’60s albums, like ’68’s Village Green Preservation Society and ’69’s Arthur..you’re left scratching your head. To say that these two records are criminally underrated is the understatement of the fucking century. It is the latter which has now been given a 50th Anniversary make-over….

And the title! “The Decline and Fall of the British Empire”. Let that sink in for a minute. 50 years after Ray Davies’ master class in British social commentary, we are living in times when the British prime minister is having his name chanted by right-wing racist thugs. Said prime minister has also recently broken the law, and been found guilty of lying to the Queen of England. The people who are trying to hold him to account are sent death threats by his “fans”. 50 years after this country was leading the way in the counter-cultural revolution, and smashing it in terms of style, attitude, fashion, music – the LOT, we are now the laughing stock of the world, and mostly famous for the suicide mission that is Brexshit. Obviously Ray Davies didn’t predict this current shit-show when he was writing Arthur – or the Decline and Fall of the British Empire, but it’s a funny old time for it to turn 50 years old. Ray Davies’ own take on Arthur today:

“I was in a bit of a vengeful mood when I wrote Arthur because we couldn’t go to America and Village Green had not done well commercially. Looking back, I’m very pleased with it…all of Arthur merges with Village Green, because of my childhood. I’m constantly in an innocent, child-like state. I couldn’t write otherwise.”

Arthur is the Kinks’ 7th album, and one of the best examples of Ray Davies’ genius story-telling technique. It’s also a concept album, based on the theme of emigrating from the UK. Each song tells a story, and the character of Arthur is based on Davies’ brother in law. The details of the story are explained in the accompanying booklet, but like the great concept album that it is, you don’t really need the background info to appreciate the songs. Ray Davies tackles several themes relating to Britishness and class, with bitter attacks on the privileged. Check out Yes Sir, No Sir: “Permission to speak sir…permission to breathe sir, what do I say? How do I behave?”

And nobody has ever written about the futility and stupidity of war better than Ray Davies. Again, from that song: “Give the scum a gun and make the bugger fight, and be sure to have deserters shot on sight, if he dies we’ll send a medal to his wife.” And he steps up his game in Some Mother’s Son, a heartbreaking tale of the horrors of war, seen through the soldier’s eyes, seconds before he dies:

“Two soldiers fighting in a trench/One soldier glances up to see the sun/And dreams of games he played when he was young/And then his friend calls out his name/A second later he is dead.”

Hard-hitting lyrics but delivered against a gentle, pastoral musical backdrop: no power chords or distorted guitars turned up to 11 here, not anywhere on this album. I’ve tagged this piece as “punk reviews” because the way his lyrics hit you IS punk as fuck. Anybody who still thinks punk means a bunch of shouty twats playing 3 chords, dressed in clown gear, is a fucking idiot. Another irony is that Dave Davies invented the distorted guitar sound by famously taking a razor blade to his amp on You Really Got Me, five years earlier. The Kinks invented the garage sound. But in ’69, when the rock guitar was gaining momentum, and practically every bugger seemed to be getting amped-up and jumping on the Blues Rock Bus To Boredom, The Kinks were doing things their own way, creating a British psychedelic masterpiece- not in a cliched or obvious way, but on their own terms. Drenched in reality. They are laying some serious issues on the line, but musically they are not making a racket, they’re not shouting at you. To me, this gets the message through even louder! Drivin’ is just beautiful, so joyous and soothing, even more so 50 years on, in these troubled times: “And all the troubled world around us/Seems an eternity away.”

Drivin’ was actually a single! Can you believe that? When you say the name “The Kinks”, how many people say: “Oh yeah, Drivin’ – great song!” Well, they should! This and the other 3 singles from Arthur are reissued and included in the Super Deluxe Box Set edition of Arthur. Speaking of bonus material, the real gem here (as much as we love all the other lovely goodies, which I’ll come to later) is the long lost Dave Davies solo album, which is available both in the 2-disc set of the reissue and the box set. It’s actually another Kinks album: it was recorded during the time of Arthur and the rest of the band played on it, but with Dave taking centre stage. Some of the songs were previously available as bonus cuts on reissues, such as my personal favourite, Mindless Child of Motherhood, originally issued as the B side to the aforementioned Drivin’.

According to Dave himself, the album was shelved because: “The Kinks’ management and record company were focusing too much…I felt very comfortable being in The Kinks and it seemed fulfilling to be part of a band. I didn’t want for more, I couldn’t see the point.” Brother Ray adds: “Hearing Dave’s songs again after all this time, I found them quite moving because they’re like the back story of what The Kinks were going through at the time.”

Hearing both albums together, they complement each other well. You could go back and add Village Green to the set, and have a trilogy of brilliant albums from a band that really stood out: if not commercially at the time, but certainly in terms of style and creatively.

In the deluxe box set edition, you also get 5 previously unreleased tracks, including Ray Davies in a doo-wop style, as Arthur and the Emigrants.

Loads of other goodies: a 68 page book with new band interviews and rare photos, 4 CDs, 4 7″ singles, a total of 88 tracks with mono and stereo mixes, reproduced photos and a badge! It’s out on October 25th, but you can pre-order it right here